My Picks for the Top Twenty-Five Albums of 2015.

One of those years where I initially couldn't think of 10 records I listened to off the top of my head, but when I went to my iTunes I realized there was a solid tally of full-lengths I at least half-assedly sat through over the course of the past year. There's a lot of great free rap music out there, people! Take advantage. 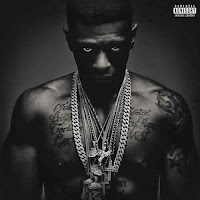 25. Boosie Badazz - Touchdown 2 Cause Hell/In My Feelings (Goin Thru It)

This dude guested on a bunch of my favorite rap tracks this year and when I checked out his solo shit I got more than I bargained for. Touchdown 2 Cause Hell (pictured) is a dark, surprisingly sincere record from a guy clearly going through a bunch of shit. He'd later in the year reveal what that shit was, oddly announcing on social media that he'd been diagnosed with kidney cancer. He then, at some point, deleted those posts and eventually released In My Feelings (Goin Thru It), a 10-track album that directly addresses his illness in a sometimes brutal way. Word is he's now cancer-free and planning a joint LP with C-Murder. Never a dull moment! 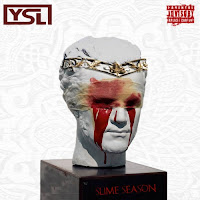 This prolific weirdo. I totally understand why people hate his music to the point of declaring it sacrilege against everything that encompasses the ever-fluid definition of "real hip-hop," but rap music in the 2010s needs instigators who dig deeper than typical rap beef, and when Young Thug shows up online in skirts and bitter, shriveled dickheads like Lord Jamar get pissy about it, we can all revel in the changing of the guard. I'll be the first to admit some of his songs are huge misses, but I'll also cop to listening to Barter 6 on the regs while driving between thrift stores on the weekends. 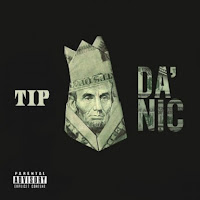 I've been warming up to T.I. in recent years, and it'll probably apex with this five-song EP, which is front-to-back a solid listen. Dude can kick out a verse. 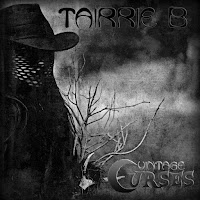 I love Tairrie B. from way back, and I looooove that she's still rapping. Her voice sounds great, and this album is a crazy horrorcore/old-school rap/huge-drum bitchcraft opus that somehow also manages to rep for the West Coast. Wild. 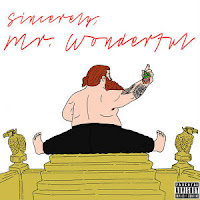 We may have reached peak Bronsolino in 2015. The awkward Ghost beef didn't do anyone any favors (come on, Starks), and this album, while definitely decent, felt strangely grating compared to the dab-doused, effortless excellence that was Blue Chips 2. There's some good tracks on here, but shit like the "Thug Love Story 2017 (The Musical)" skit (clocking in at almost two and a half minutes) is just lazy garbage. 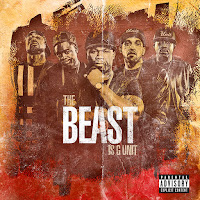 The auto-tuned hook for a track - in the year 2015, mind you - titled "Ballin'" that kicks off this EP didn't give me much hope, but the raps on that song are solid and the whole thing gets better from there. I'm still getting used to the addition of Kidd Kidd - to the point of not being fully sold on him yet - but he's not a hack, which I can live with. I mean, christ, Tony Yayo's batting cleanup on some of these cuts. The bar ain't sky high.

"Doper Than My Last One" 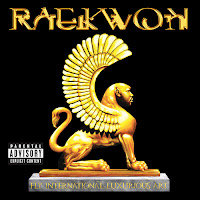 Jesus, that album title is the most dumb-trying-to-sound-deep shit since I Move More Officially by Implementing Loyalty and Respect in the Youth. That being said, and ignoring a few guest spots (to think we used to get pissy about Nas showing up!), there's an OK set of songs here. Put it in Rae's "could have been worse" pile! 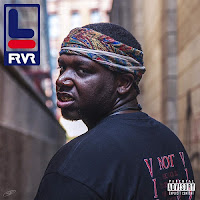 eX is working steady to not get pushed into a party-rap corner, and hearing him get serious is somehow just as wild as his drunky raps. The beats on this are rock solid, and dude's verses are getting denser, doper, and occasionally hpyer-complex. Not bad at all. 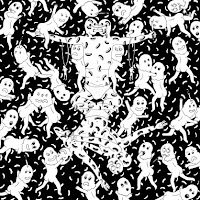 The most "challenging" Driver album in a while, and we should have all seen it coming. Perfect Hair was the build, and now here we are. Bits of this somehow feel dickish in their refusal to submit to a steady beat, but his records are always worth powering through. I just maybe didn't get as much out of this one as a few others. 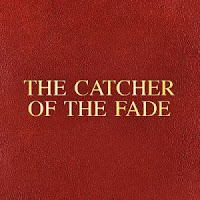 _______ is Hellfyre Club. But you know they gots to be wacky! So, yeah, in other Busdriver news, this 4-song EP was a cool little surprise from he and his cohorts (Open Mike Eagle, milo, etc.) where they just rap on some weird-ass beats. Shit's cool to me.

The Catcher of the Fade 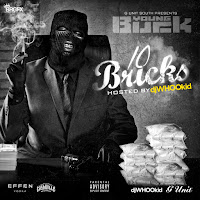 Young Buck rapped his ass off in 2015. 3 mixtapes in one year with barely a feature in the whole batch? Dude's got a point to prove. Is he saying anything new? Nah. But that's never been what this is about. Good to see Buck back with G-Unit and putting in wooooork. 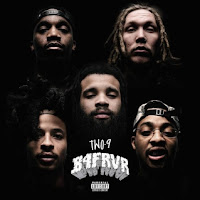 This Atlanta collective is young and sometimes I think they doth flex too much, but the beats are engagingly weird and this thing had me hooked for a second early in the year. They aren't saying much new, but they do seems to have a new way of saying it. 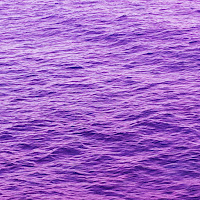 Not gonna lie and act like I've attentively listened to even half of the 100 tracks on this free album, but what I have heard I've loved, and come on: it's 100 songs. Three hours long. Guest spots you actually want to hear. I'm mad down for all of this. 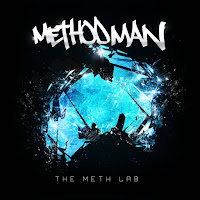 Man, I had such high hopes for this one. The title track dropped early and it was decent, and then "Straight Gutta" came out, which is easily one of my favorite posse cuts of the year. But once again I got up for a Mef solo album, and once again I got one that is not awful, but just aggressively spotty. The raps on "Soundcheck" are dope, but man: that beat is boiling hot garbage, and so is Cory Gunz biting his dad's hook on "50 Shots," a track that sounds like a Tommy Boy-arranged pop-jam tailor made for heavy rotation on Rap City in 1999. But of course there's some solid rapping all over this thing. Maybe on The Crystal Meth (teased at the end of this one) he'll pull it all together. Maybe. 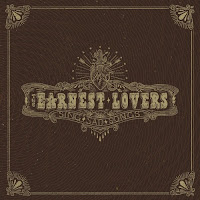 Pete Krebs' new throwback honky-tonk outfit. I contributed to the Kickstarter! This six-song EP is not in the style I usually listen to, but it's a barn burner. 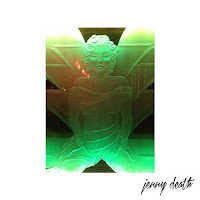 "I Break Mirrors With My Face In The United States," with its refrain of "I don't care about real life," is a heavy booted, full-on kick in the dick, and so is the rest of this record. I saw Death Grips live again this year and they continue to be something that everyone else is not.

"The Powers That B" 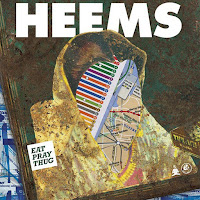 Not sure Heems got his proper due for this one! He's another rapper trying to shake his drunky party-boy image, and I'm all for the natural transition of things. If this is the beginning of what's next for him, I'm genuinely curious to see where the rest of it goes. 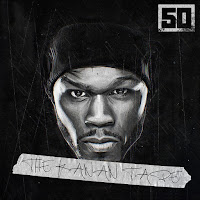 This 7-track mixtape is one of my favorite things Fif's done in years. It ain't too long, he doesn't rap on it more than he needs to, and all the tracks are fleshed out and realized. I guess the title is about his character on whatever TV show he's on, but this seems like standard gangsta shit, done like 50's capable of doing it. He's blatantly following musical trends now instead of instigating them, but he's careful and crafty enough to pull it off right here and there. This is one of those. 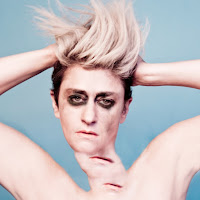 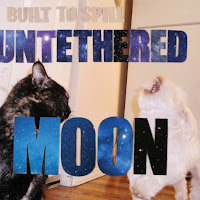 The most reliable 40-something band in rock? They're right up there with The New Pornographers. Does this album close with an eight-and-a-half minute shredhole named "When I'm Blind?" Yes. Yes it does.

"Never Be the Same" 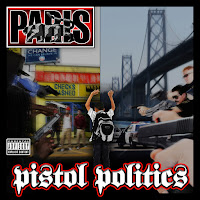 Hadn't heard from Paris in a while - his last solo album was 2008's Acid Reflex - but you knew when he came back he'd come back strong. This LPs a beast, boasting 27 tracks over 90+ minutes, and it's both a return to form for him and an expansion of shit he's touched on in the past, and that goes for both the lyrics and the production. Paris has always been a tenacious beatmaker, but a track like "Turning Point" is not something I'd expect to hear from him. That being said, tucked between two guerrilla-funked thumpers, it somehow makes perfect sense.

"Night of the Long Knives" 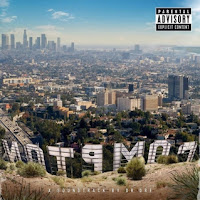 People acting like this was a disappointment and the Straight Outta Compton movie was amazing. You got that shit backwards. 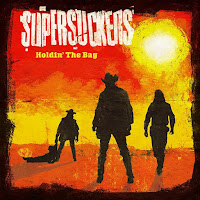 It was a year where lone remaining Supersucker Eddie Spaghetti announced he had cancer, was successfully treated for said cancer, and somewhere in there also dropped this, a worthy addition to the 'Sucker's country catalog. I've bought it twice and I'm getting ready to buy it again! 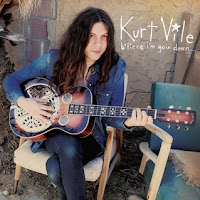 My god I listened to this record a lot this past year. Maybe more than any other. Of course I bought the deluxe extend-o version Matador trotted out, and next thing you know I was ponytail-deep in nine and a half minutes of "No Stranger to the Ball Bust." I can see why Kurt Vile doesn't do it for some people - my wife loathes his murky slack-folk with the white-hot passion of a thousand suns - but man, if you can get with it, put this on during a long drive and let that shit roll. 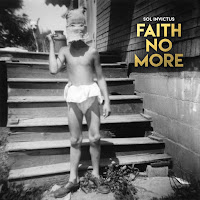 "Black Friday"
Posted by Wockenfuss at 8:31 PM No comments: