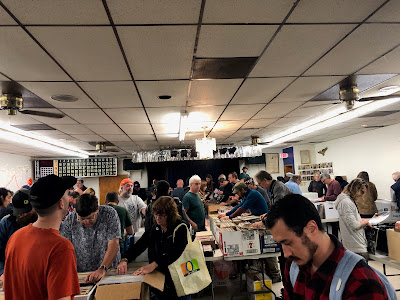 Man, this is the biggest vinyl-shopping expedition I've been on in the last six months (since the previous Night Owl show), and it felt good to get back in the game. The Night Owl was - god bless it - crazy tolerable this time around: the air was dry and the attendance was not overwhelming. Didn't have to wait in line to get in; didn't have to jockey for position at every table.

Did I have to deal with tactless dudes looking over my shoulder and crowding the shit out of me? That's par for the course. But let it be known that I hate dudes looking through the records that I'm flipping through. And I say "dudes" because it's literally never been a woman. They have more sense than that. Anyway, even that wasn't so bad this time around.

I was struggling to find any big gems, but I did happen across an old guy's table where he had a full section of fairly priced private-press stuff, a lot of which was from the NW. Ended up dumping the majority of my budget there, and ended up with some rare-ass DIY local records, which is becoming a hot part of my collection. Got some other stuff, too. Let's get into it. 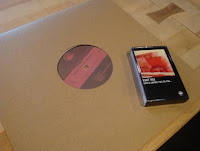 Grabbed this LP/cassette combo package from one of the first dealers I happened upon and glad I did: It's a limited-to-300-copies pressing of one of Vile's earlier albums, hand-numbered on the back. Didn't even have this record, let alone the most rare version of it. Feeling good. Though do I keep the cassette with the record in my collection? That seems tough to pull off without some collateral denting. We'll see. 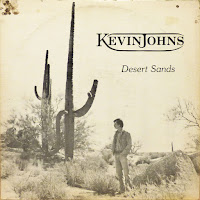 Private-press folk LP out of Grand Canyon. Arizona. My copy is autographed by the artist and producer (?) to a woman named Sue, who is a "fellow Oregonian." Producer mentions he is "late of Silverton." Vinyl's in hot shape. Here's a sample.

Couldn't pass this one up. The back cover is equally great. Private-press new-wave rock out of Pebble Beach, CA. 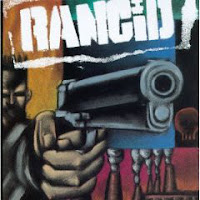 This was the last record I bought at the show. Original pressing, still in the shrink, insert inside. I've been known to get down with early Rancid. 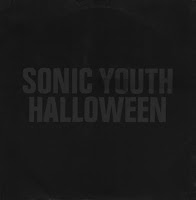 One of those many Sonic Youth records that I've seen here and there over the years but never pulled the trigger on. This is a really nice copy - "clean," as they say. 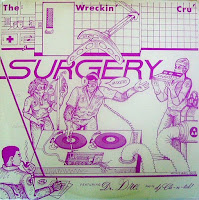 You'll see a decent amount of World Class Wreckin' Cru records out in the wild, but not usually this one, at least not around these parts. My old pals from Boom Wow! Records (RIP, miss you every day) hooked me up with this one and this next one. They didn't have a ton of rap records with them this time around, but I was happy to find these. Early Dre that he used to be embarrassed about but now it all seems pretty sweet. 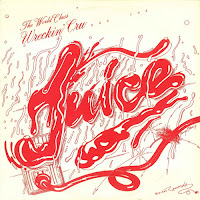 Another Wreckin' Cru disc, another entry into the unlikely history of N.W.A. Dr. Dre doesn't rap on this one, but he does do the drum programming. Yella's on the scratch. These are, somehow, the first Wreckin' Cru records I've ever purchased. Plenty more to go. I need to get back to Amoeba in LA, where they give these things out like candy. 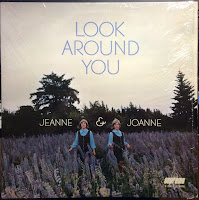 Twin girls from Portland singing for Jesus. Notable: every song on here is an original, written and performed by the twins. No "Amazing Grace" bullshit. 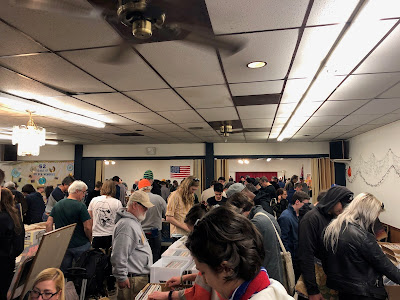 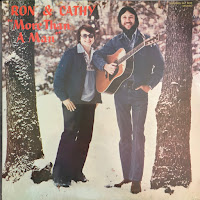 Another NW couple singing about the ol' lord. These folks are from Vancouver, WA. Also all originals. This one's sealed. 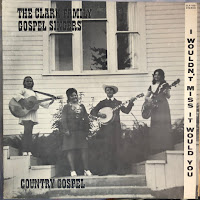 The Clark Family Gospel Singers - I Wouldn't Miss It Would You (196?)

Private-press gospel out of Cottage Grove. Can't find a lick of info about this one. All covers, for what that's worth. 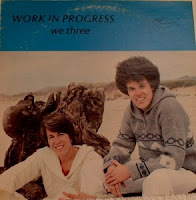 Rare private-press female worship "xian" folk from the Oregon Coast (Gardiner, to be exact). Record is in amazing shape. Handwritten lyrics on the back. I love records like this. Wish there was a date, though! 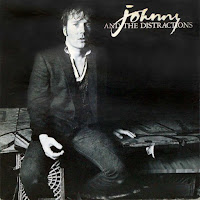 Self-released first effort from this Portland band that would eventually go on to sign to A&M and then back to the indies again. I have another Johnny and The Distractions record in my collection, called Totally Distracted. This one will look real sweet next to it. Here's "Shoulder of the Road" from this self-titled LP. Real solid early-80's rock. 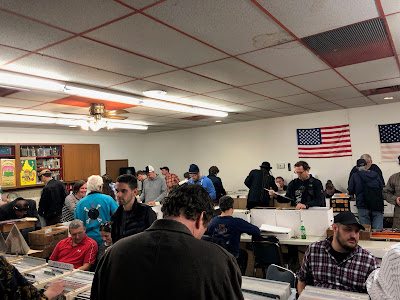 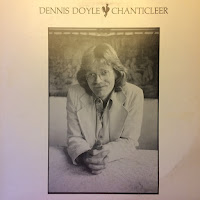 Private-press Portland/Tualatin folk/blues LP. Dude actually had two of these, but one had writing on the front that was not the signature of ol' Dennis there, so I went with the cleaner one. Record is in damn fine shape. 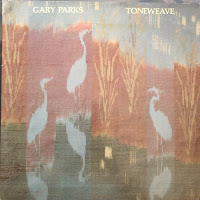 Private-press folk out of Eugene. Seems to be Gary's sole release. He sprung for the color cover! 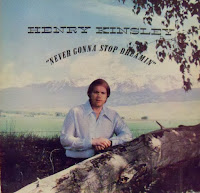 Country music out of Vancouver, WA on the private-press tip. This one is sealed. I especially enjoy the NW self-released records that let you know on the cover that it is indeed the NW. 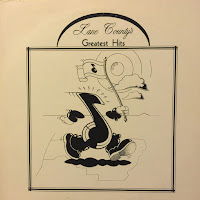 This is a crazy little LP compilation of some really disparate artists from Eugene and Springfield, Oregon, ranging from a 16-year-old hippie kid doing an instrumental guitar number about mushrooms to a 53-year-old lady tickling the ivories as she sings a heartfelt tribute to the Eugene area. This is exactly the kind of record I hope to find. 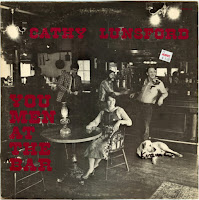 Singer/songwriter private-press LP out of mid-70s Portland. She's got another one, too, that seems a bit harder to find. Keeping my eyes peeled. This one: also sealed. 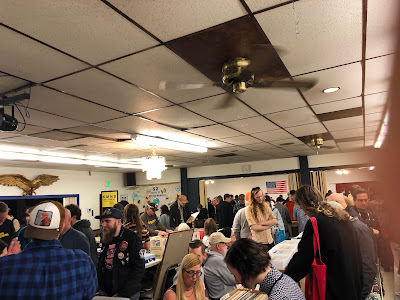 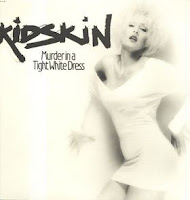 This was one of my bigger-ticket items for the day and I have no regrets. Private-press hair-metal EP out of Seattle with the title track, "One Nite Stand," "Twist of the Blade," and "The Edge of Wetness." Amazing. This music video for "Murder in a Tight White Dress" seals the deal. Oh, and speaking of sealed, this one is. 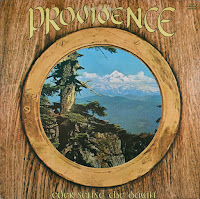 Not private press, but these dudes were based out of Portland at the time this was released. Sensitive, intricate folk. Full album here. 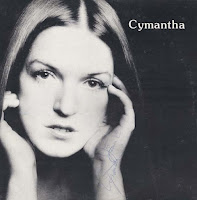 Seattle private-press folk from the late 70s. Photo of her on the back playing a fat stack of keyboards. This one looks fun. Oh and my copy's signed, too. 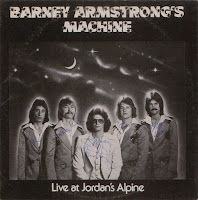 "Recorded live at Jordan's Alpine in Everett, Wash. December 28, 1977 thru January 1. 1978." Between the cover, that statement, and a written endorsement on the back cover from hydroplane racing legend Bill Muncey, I was fully in for this one. They're a cover band, and from the looks of some of the cuts, a party band at that. It was 1978. You better believe "Disco Inferno" is on here. But they also kick the whole thing off with a six-song Stevie Wonder medley. Decent recording and these dudes go for it. Feeling real good about this one. 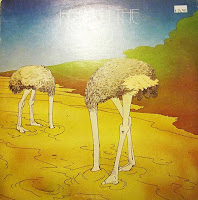 If you fancy record album covers, you might recognize this one. I see it every once in a while, but never put together that the band was from Portland. Anyway, the one with the sandwich cover was Sand's first LP, put out by MGM. This one is their follow-up, and they put it out themselves. It includes a lyric sheet, an 8x10 promo photo, and a bumper sticker. All accounted for; all in great shape.

And that was it! Wish I would have found more rap records, but that's usually the case. Next up: Am I going to RSD Black Friday? Maybe! But honestly probably not. 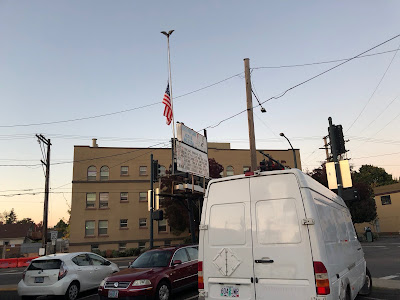