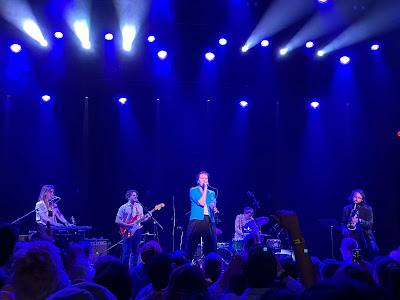 Alex Cameron's 2022 US tour is a short one - maybe it's still tough scheduling shows? - and it only contains one West Coast date, and that was in Los Angeles a few Thursdays ago, at the end of April. My wife and I made a snap decision to attend back in January when it was announced. We have some friends down there we wanted to visit, plus it just seemed like a good excuse to take a few days off from reality. We got in Wednesday afternoon and I made plans to check out the new Amoeba location Thursday morning. I took an Uber over there from our hotel and upon arrival was surprised at how nondescript it felt, but I think that's just in comparison to the previous building, which was ornate. 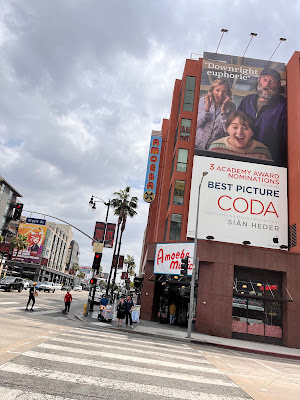 Inside, it felt a lot like the old store. Maybe not quite as huge, but still massive, especially by today's standards. And it was busy - at 11AM on a Thursday. I mention this because it's really a unique experience at this point, shopping in a record store that sees enough traffic to justify 20+ people working at the same time. I love it. Glad they're still there and I'm glad it feels mostly the same. 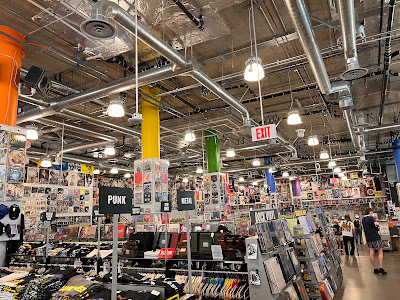 I didn't go quite as crazy as I feared I might, and part of that was due to their rap section being a lot smaller than I remember, with not a ton of used stuff or 12" singles, which is odd. Makes me wonder if I missed something, but man, I looked! I also just didn't find a large number of expensive records I wanted. Which is fine. Here's what I did get: 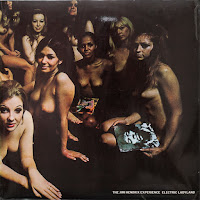 I first saw this original UK cover in a record shop in Salem, OR when I was probably 15, and it's been on my list ever since. I came across a copy in Portland a few weeks ago so it was on my mind again and this one is actually in way better shape than that one, so it all worked out. My heaviest purchase of the day for sure. This is a 1973 repress with red Polydor labels. 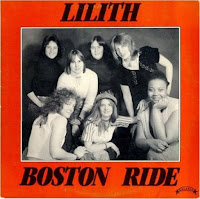 All-female soul outfit from Boston. This was in the New Arrivals and I just grabbed it on a whim. 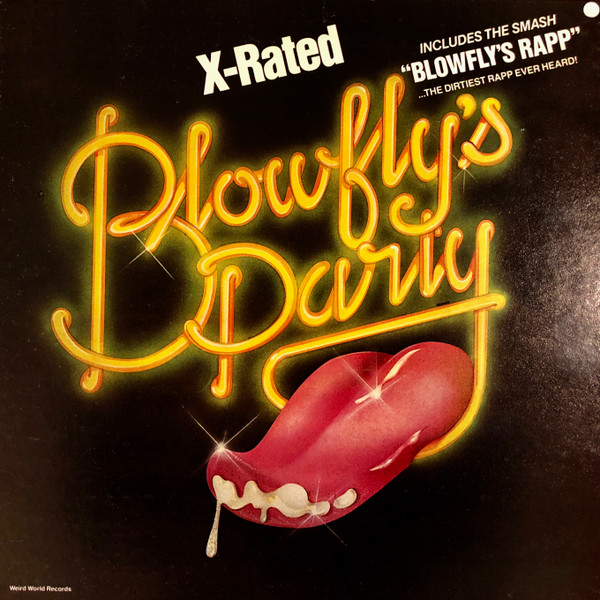 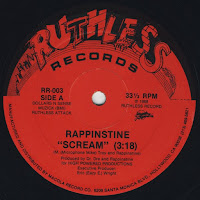 Rappinstine - "Scream" 12" (1988)
Bought this for the sweet Ruthless 12" sleeve (not pictured). Realizing I already have the white-label promo of this one. Produced by Dr. Dre in the same year Straight Outta Compton was released. 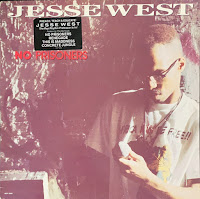 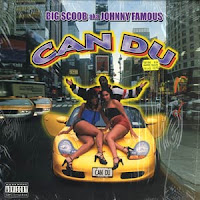 Big Scoob aka Johnny Famous - "Can Du" 12" (2000)
Aka Scoob Lover, one half of Scoob & Scrap, dancers for Big Daddy Kane. Scoob rapped on almost all Kane's albums and kept putting out music as the years went on. I've got a bunch of singles but I'm also missing many more. This is actually a really good song, produced by the 45 King, and that cover is a good time. I wrote about him a long time ago. 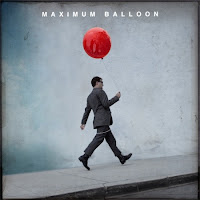 Maximum Balloon - Maximum Balloon (2010)
Dave Sitek from TV on the Radio teaming up with different people to make a very cool side-project record. Haven't listened to this one in a while. Though I'll never forget what a hot leadoff track "Groove Me" is. 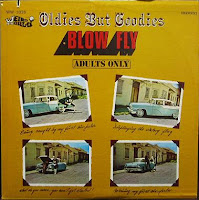 Blowfly - Oldies But Goodies (1976)
Oh yeah, I got another Blowfly record. 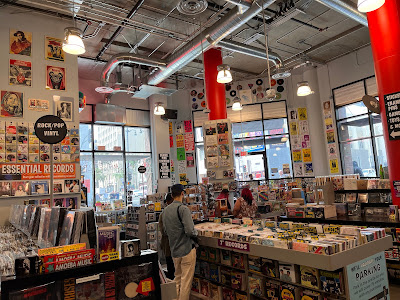 I managed to spend a solid amount of time in the 7" section and again, didn't find a ton, but I did get these singles: 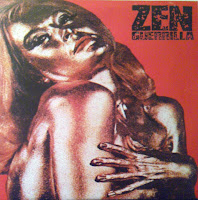 Zen Guerrilla - "Crow" 7" (1994)
I saw these guys play with the Supersuckers in...1999 I wanna say? I guess this is the first record of theirs I've purchased. I do recall being rocked. 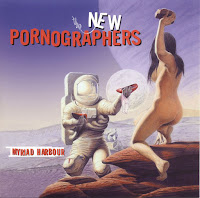 The New Pornographers - "Myriad Harbour" 7" (2007)
Great cover on this one. I really need to get a hold of a nice copy of their first LP. And Twin Cinema. 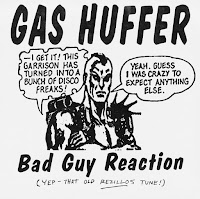 Gas Huffer/Supercharger - "Bad Guy Reaction"/"Mystery Action" 7" (1993)
Gas Huffer split single that I did not have. 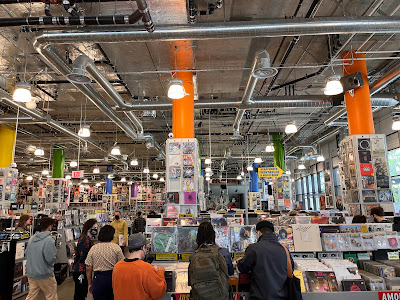 I also picked up a small stack of $1.99 80's singles for living room listening that I don't feel like digging up images for, but here is the list:
Eurythmics - "Here Comes the Rain Again"
Eurythmics - "Would I Lie to You?"
Joe Jackson - "Breaking Us In Two"
The Escape Club - "Wild Wild West"
Big Country - "In a Big Country"
The Dream Academy - "Life in a Northern Town"
Artists United Against Apartheid - "Sun City"
Swing Out Sister - "Breakout"
And, I dug through their LaserDiscs and pulled out these:
Yoko Ono: Then & Now (1984): Hour-long documentary about Yoko's life before and after John Lennon.
8 1/2 (1962/1989): Criterion Collection two-disc edition with sweet artwork.
Drugstore Cowboy (1989): A Portland classic.
Motown 25: Yesterday, Today, Forever (1983): So much great music on this special.
Oh, and I picked up a copy of Butthole Surfers' Widowermaker EP on cassette. 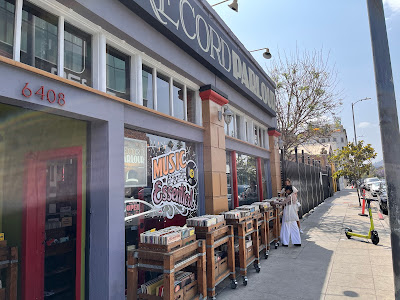 My friends met me at Amoeba, and when we were done there we hit another spot in that same area called The Record Parlour. There was some good stuff in there but the prices were too high so I adjusted my expectations immediately. I did get one record and five rap tapes: 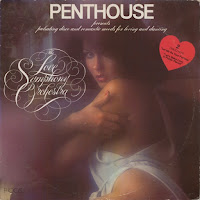 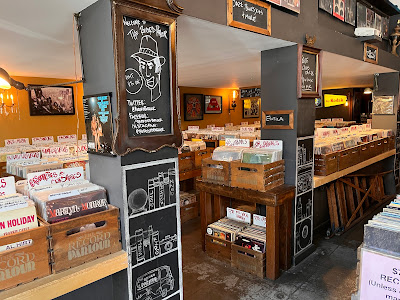 The rap tapes I got are:
Queen Latifah - Nature of a Sista (1991): Didn't have this one. I still need Black Reign.
V/A - CB4 Original Motion Picture Soundtrack (1993): Been looking for this one!
V/A - House Party 3: The Soundtrack (1994): My rap tape soundtrack section is getting deep.
Capital Tax - The Swoll Package (1993): Oakland rap that is pretty cool if I remember right.
Prince Markie Dee and the Soul Convention - Free (1992): RIP to Prince Markie Dee. I bet this one new jack swings.
And after that we pretty much saw Alex Cameron and went back home. Not a bad little trip.
Posted by Wockenfuss at 2:16 PM No comments: