I should probably always call these "The Top ____ Albums I Listened To in ____" because, you know, it ain't definitive and I don't claim it to be - I'm just one man. And when I look at other year-end lists, they're really well rounded with a ton of shit I never got to, but I just exercise the myopic luxury of assuming all that stuff is garbage. It's a time-honored tradition of mine! Here are the albums that dominated my 6-disc CD changer this year:

(Oh, another note: Run the Jewels just dropped RTJ3 and it's technically still 2016, but its original release date was January 2017, so it'll be on next year's list.) 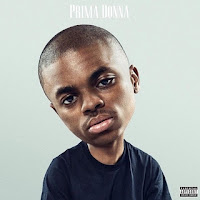 This record's dope and mad thumpy, and a sweet stop-gap between Summertime '06 and the next full-length masterpiece everyone is expecting from this dude. He'll deliver. 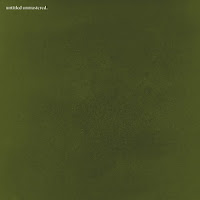 Kendrick flexing, showing that even the tracks on his studio floor are doper than what most rappers are leading with. I didn't listen to this one nearly as much as To Pimp a Butterfly, but I probably should have. 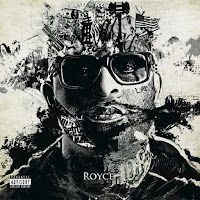 Rap curmudgeons who whine about lyricism being dead in hip-hop must be caught up in a perpetual loop of hate-watching the trash-rap that teenagers go nuts for on YouTube, because there are plenty of rappers (old and young!) who still wanna go toe-to-toe with anybody. Royce has always been that dude, and since he gotten sober he's dug his heels in even further, and you can really hear it in his music. This record is dense, and you can tell he put everything into it. Mad passionate. 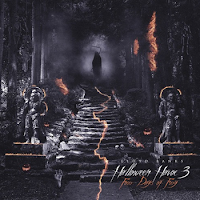 Banks is another one of those dudes, like Royce, who hasn't slipped a bit on the lyrics, and he just won't stop dropping virtually feature-free albums where all he does is rap his ass off. He actually put out another mixtape in 2016, before this one, called All or Nothing - Live it Up, and it's solid, too. And it appears he just released another EP last week. If anyone ever accused Banks of dick-riding Fif, they best retract. 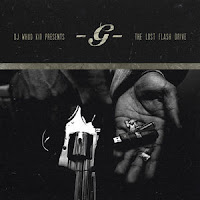 You know my ears perk up for G-Unit rarities! This is such a bizarre set of songs that it somehow works, even down to the absurd, six-minute Young Buck freestyle that runs through a barrage of ridiculous beats. There's not a lot of 50 on this thing, which is curious, but I think they're interested in letting Kidd Kidd get his. Fair enough. Will this make new fans for the G-Unit? Nah. Is it crazy Tony Yayo still gets paid to rap? Indeed! 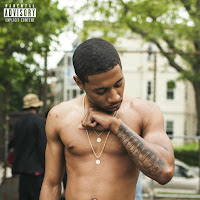 Can't remember how I got turned onto Stizz, but as soon as I heard it I had a tough time shaking his track "500 Horses." That beat? Come on, man. The rest of this mixtape is equally dope, and more sweet antidote for those who think modern rappers don't have shit to say. Love this dude's voice. 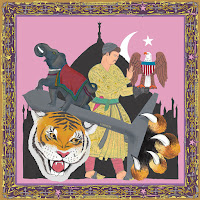 Heems links up with the cool pilot dude from Rogue One to make a record that is much more original, much less predictable, and lots more fun than that film. Pakistani beats and political raps hidden inside Heems' stony, fun-times drawl. Gets a little grimy, too. India in this. 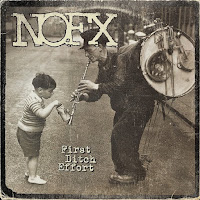 I don't always go in for new NOFX records, but I ended up listening to this one quite a bit this year for whatever reason. They just keep doing it, man! "Oxy Moronic" is classic Fat Mike, with ridiculous puns ("Klonopinions," etc.) aimed at a very serious issue - the legal drug trade. And it's over four minutes long - these guys are growing up. 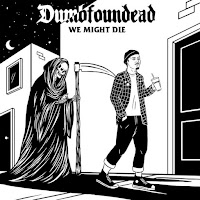 Dumbfoundead is a battle rapper, among many other things, and he's got lyrics for days. This new mixtape is dense but to the point, with ten tracks that get in, get out, and leave you wanting just a little bit more. That's the way to do it. And when Nocando shows up, you know it's on. 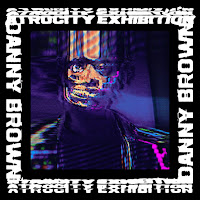 Danny Brown's weirdness knows no bounds, and it's not hindering him a bit. This record is strange as ever, but his prowess for getting beats together that match both the tenacity and unpredictability of his vocals is becoming more and more apparent as his reach grows. DB knows who to work with, and he apparently hasn't even come close to saying what he needs to say. Check his verse on the new RTJ! 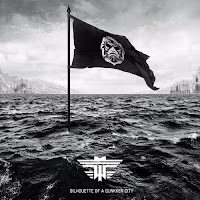 We still don't know exactly who Spark is, but he's opening for Run the Jewels on their upcoming tour and Eminem's manager keeps yapping about him, so shit's about to get real. Either he's the next big deal or the backlash - which has already begun - will be swift and this will all be "exposed" in some shitty internet post. Whatever. I still find it interesting, though I will admit this record wasn't a huge step forward. But it was a step.

"All About the Money" 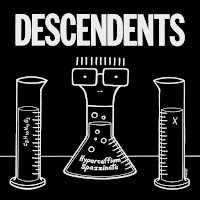 They've still got it! Maybe this record is why I dipped into the NOFX one. 16 tracks, none touching 3 and a half minutes - you know what you're getting into here. The hooks are hooky, Milo sounds refreshed and ready, and songs like "No Fat Burger" lean heavy on the old-school noddery without resorting to self-parody. Tough to do! That's why the Descendents are good. 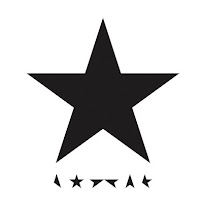 Would I have listened to this record if Bowie hadn't died this year? Maybe not, but I did, and anytime an artist with status like David Bowie kicks off a record with a ten-minute song, I'm interested. Most artists can't do that, wouldn't dare do that. Bowie does, and it's only the intro to what is a massive record, one that does somehow seem to shut it all down. Of course he put something out right before he died. It would've been odder if he hadn't.

"I Can't Give Everything Away" 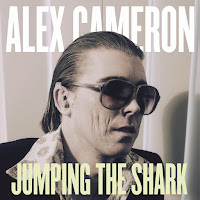 Alex Cameron doesn't really have those scars. It's all part of...something that takes way too long to explain. Listening to his music gives some insight, but not nearly enough, and it's all working to keep me fitfully intrigued. But it's the songs that are really great, with the stark and chilly videos adding to the overall impression. It's a bleak one, but hey: you can dance to it. 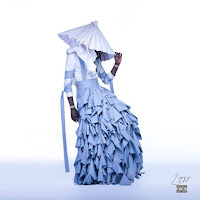 Thugger can pull together a full-length, man. This one's a little more "look at me and where I am!" than Barter 6, but dude's getting supremely famous and it would fuck with anyone. So yeah, the hunger's gone, but the beats and hooks are still there, as is that wonderful dress he's wearing that got so many rap dudes pissy. Keep it coming. 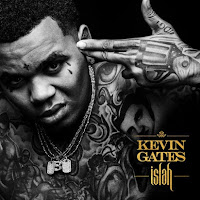 I'm going to live long enough to hate Kevin Gates, and when it happens, I'll gladly let it wash over me. Until then, I will continue to sporadically listen to his music, especially this album, which features - and honestly this is the single most shocking thing I could say about a rap record in this day and age - NO FEATURES. This is his record, front to back, and it really does hit you when you listen to it. It's just one big lump of this dude's life, which is constantly on fire. He's loving his kids one moment, ending your shit the next. He's telling you material things are worthless, than rapping about his diamonds. And throughout being chillingly polite about ALL of it. 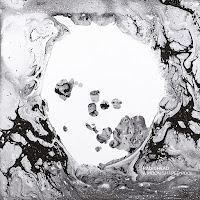 Radiohead are in that aforementioned Bowie category where they can skip the system, put something out just the way they want it, and you better be ready to deal with it, extensively intricate intros and all. This one is, not shockingly, a terrific record, because at this point this band is apparently incapable of really dropping the ball and laying an impenetrable brick on an unsuspecting public. I think there are still those hoping for some weird regression into the guitar-effect onslaught of OK Computer, but it ain't happening. Sounds like they're sampling snores and using them as rhythm devices. We're wayyyy past "Paranoid Android" here. I mean, I'm not even sure if the drummer's in the band anymore. 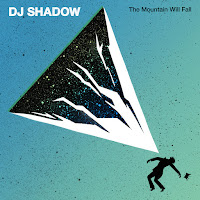 03. DJ Shadow - The Mountain Will Fall

Shadow still getting it done! He's hindered, like a lot of "breakthrough" artists, in that he's never going to be able to sufficiently replicate the influence and overall undying majesty of Endtroducing..., which is something he shouldn't be held to, especially considering the real strides he's made in developing and expanding the trademark sound of his music while still staying true to the sample-based shit he's known for. This record is pure Shadow: mostly instrumentals but with some guest spots that enhance, not distract. Thick beats.

"The Mountain Will Fall" 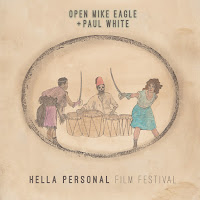 Art rap for the masses! These beats aren't exactly of the kind Mike Eagle usually rides; they're way more 70's-AOR samply, but when paired with Mike's equally buttery vocal effortlessness, it all comes together. I saw Open Mike Eagle perform here in Portland earlier this year and the crowd there was as diverse as any you'd see. I wasn't the old dude, I wasn't the young dude - I was just another person in this group of everybody. It kind of reminded me of wrestling a little bit, in that there's something for everyone in this dude's music. Can't say that about a lot of musicians or rappers. And he even raps about wrestling! It's all there. 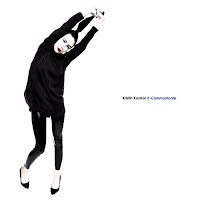 I was a casual fan of the Dum Dum Girls, but man: this one caught me by surprise. I definitely listened to this record more than any other in 2016, and in fact I'm really shocked this album wasn't more of a big deal. Sounding as much like it came out in 1986 as it does 2016, this is a no-filler lineup of 10 synth-pop songs that all deserve to be there. Maybe it's taking folks a second to put together this pivot that the former Dee Dee made this time around, because it was a big one, but these songs are strong enough to stand alone, no backstory needed. Hope I get to see her live soon, because I'd love to see these songs pulled off on the spot.