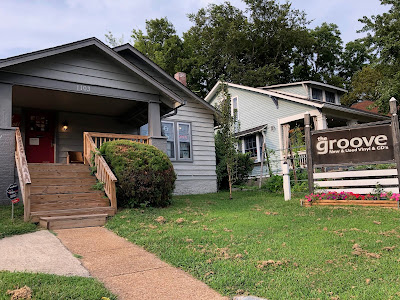 I found some more free time on Sunday evening and decided to check out The Groove, which turned out to be a great idea. Who doesn't love a house that's been converted into a record store? Plus, they've painted a bunch of album covers on their front retaining wall, which you can kind of see here: 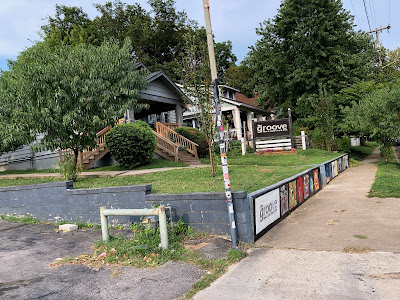 Seriously: what a pleasant, inviting place. Dudes working there were very cool, too, and I spent a few hours going through most of the store. They had a really diverse collection of used records, with a lot of stuff you don't see very often. Here's what I got: 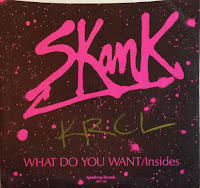 80's pop from a 7-person group out of Austin, Texas, called Skank. That all seems promising. 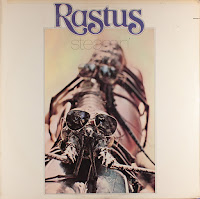 I took one look at the ragtag bunch on the back of this record and just had to hear what they sounded like. Plus the dragonfly wearing aviators on the cover didn't hurt. Jammy rock with a horn section and thick grooves. 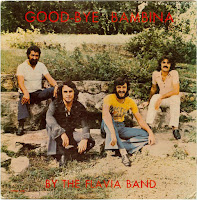 Private-press semi-classical Italian music (?) that is autographed by a few of the dudes on the back. 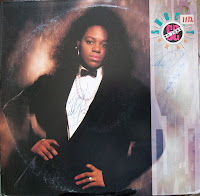 Sealed from '89. Not sure I've ever heard of this gal, but I'm liking her look. Song on here called "Pass The Salt-N-Pepper" taking shots! 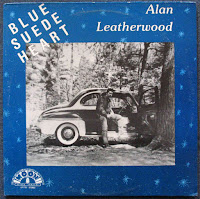 Private-press rockabilly LP out of Cleveland. This one's sealed, too. 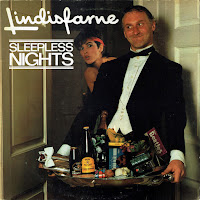 English folk-rock that I bought for the cover, particularly the back one where that girl is naked. Country LP from a dude in an eye patch talking to truckers. Looks to be out of the New England area. When you search "Dick Curless" in Google it stops giving you suggestions at about the "u," in case you were wondering. 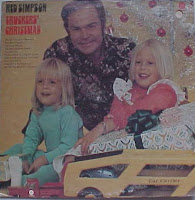 A full LP of Red Simpson Christmas originals, including "Truckin' Trees for Christmas," "Christmas Wheels," "This Old Christmas Truck," and "Santa's Comin' In a Big Ol' Truck." Stashing this one away until December. 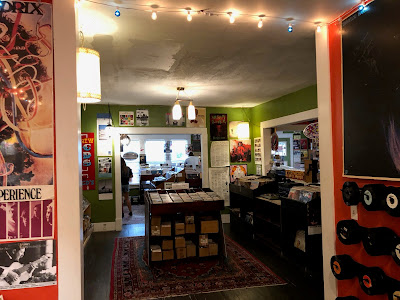 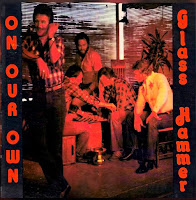 Private-press soft-rock LP out of Gallatin, Tennessee in what I'm guessing is the late 70s or early 80s. Not to be confused with the more well-known fantasy-prog Glass Hammer, who sing about dragons and clearly stole their name from these dudes. 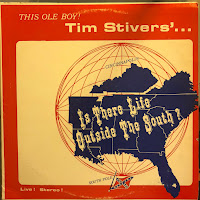 This is exactly the kind of stuff I was hoping to find in Nashville. Private-press standup comedy on the regional tip. He's from Anchorage, Kentucky. And apparently sports a wry wit. 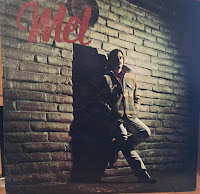 Mel's looking like a hard-ass on this terrific cover, but he's smiling and tickling the ivories (possibly for Jesus) on the back. This was a good find. 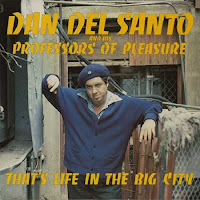 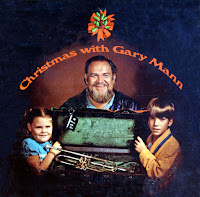 Subtitled "The E&E Insurance Christmas Record," and looks to have been put together by a large insurance firm in Columbus, Ohio. Gary must have been a local favorite. Another great Christmas LP to add to the ol' collection and enjoy in about three months. 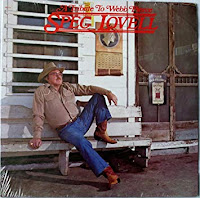 Private-press country tribute LP out of Knoxville from a local banker. Webb Pierce himself gives his blessing via a message on the back, which is surrounded by photos of Spec posing next to expensive cars and riding horses and a motorcycle. You know Spec gets that money! Sealed, and it was a buck. 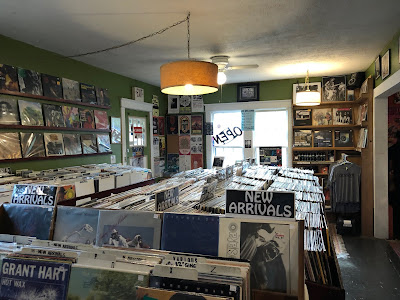 I felt good about my trip to The Groove, but there was still one more spot I wanted to check out before I left town, and I had a small window of time on Monday morning to make it happen. It opened at 11AM and I had to meet my group and our shuttles at 1PM, and the place was about 15 minutes away. I got up a little after 9 on Monday morning, showered, hit the hotel breakfast bar hard, checked out of my hotel room and had them hold my bags, and took an Uber to Fond Object, which I arrived at 20 minutes early. Luckily there was a coffee shop across the street where I could cool off for a few, but then I ended up sitting in front in a hot metal chair and just steadily sweating until the dude opened the store. Nashville is baaaaalmy. 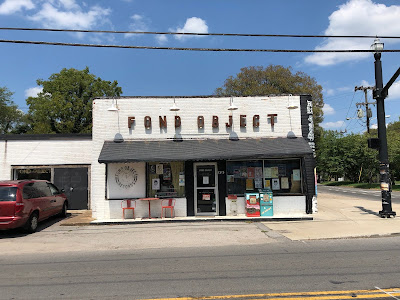 I didn't have a ton of time, but I made the most of it and ended up walking out with some good stuff. Knew I couldn't get too much because at this point my suitcase was already mad full and anything I bought would have to go in my shoulder bag that I take on the plane with me. So just a nice little stack: 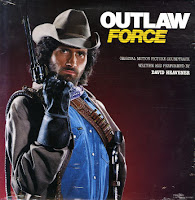 I own this movie on Betamax and have never watched it, but the cover is just great and Frank Stallone is in it, so I'm not sure what I've been waiting for. This soundtrack LP looks equally amazing, and drives home the fact that David Heavener not only wrote, directed, and starred in the film, he also composed the honky-tonk soundtrack. 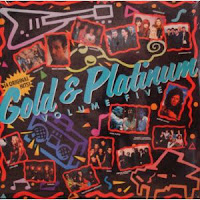 I own a few other records in the Gold & Platinum series, and they're great 80s mixtapes to put on when you're doing the dishes or whatever. Hit after hit! 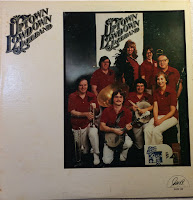 Ragtime jazz out of Georgia from a really terrific looking group of people. 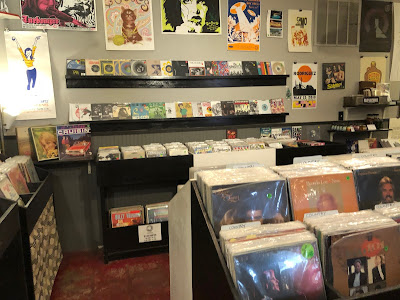 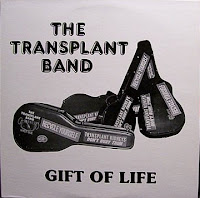 This is one of my favorite records I got on the trip. This band is made up of transplant surgeons from Tennessee who got together to make this LP and donate all the proceeds to The Nation Kidney Foundation of Middle Tennessee. Sealed but I'm thinking about opening it. 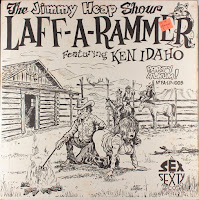 Party record alert! This one, like a lot of them, looks troubling. Out of Texas, which should not be shocking. 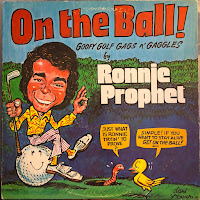 Weird that Ronnie Prophet is a really well-known country musician and I can hardly find any proof of this record's existence. It's Ronnie cracking wise, stand-up style, about everything golf. Get ready to laugh, duffers! 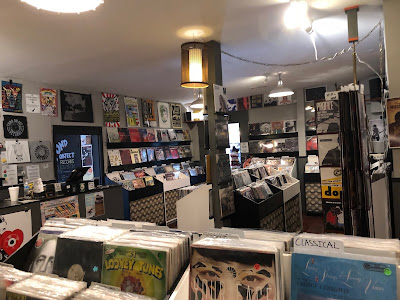 And that was it for Fond Object and for my Nashville record shopping. They had a side room that I didn't really have time to check out that had some vintage stuff and a bunch of t-shirts: 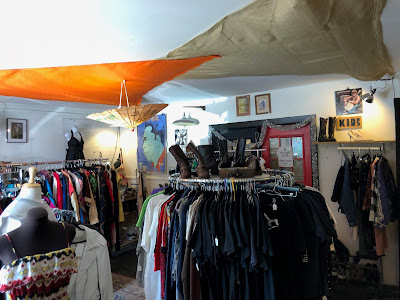 But I was already gone. Next thing I knew I was back on an airplane and headed home. What a whirlwind. Speaking of, I'll be headed back to Arizona in about a month, and there is more damage to be done.
Posted by Wockenfuss at 7:22 PM