Yet another year where I think I haven't listened to too much but I still manage to scrape together a lean twenty. Let's get into this thing! 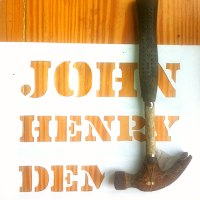 This music is from 1994, but they just put this out this year and I bought it and listened to it, so here it is. Still waiting for my sweet 12" + 7" set, but I got the digital files immediately and was excited to hear 'em, as John Henry is definitely one of my favorite albums of theirs. These demo versions aren't wildly different, but there are variations and just hearing the songs in their raw(er) form is super interesting.

"Sleeping In the Flowers" 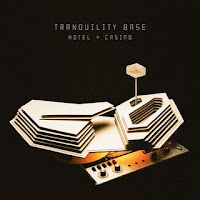 Always up for artists experimenting with their sound but this one just never really caught on with me. Though it seems to be one of those types of records. That's cool. Maybe I just don't "get it," man. Maybe I'm old and shitty. Or maybe I just thought the whole thing was a bit much. Though I did really like this song, which is vaguely about pro wrestling: 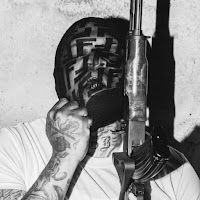 Speaking of wrestling, this record starts with a track called "Big Homie Arn," which sample Arn Anderson talking about Chris Benoit, and the wrestling samples and references just spill out from there. That's why I checked it out in the first place (one of the working titles was Chris Benoit, which is, at the very least, a bold move), but man: the beats on here are gritty in just the right kind of way for an aging rap fan like myself, and dude can go. 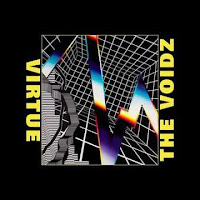 This record starts with a really straightforward Strokes-esque synth number but then goes haywire, sprawling into weirdness after that. Most of it ends up being pretty cool, if not a little overworked, but ol' Julian can still write a catchy song. Plus I dig their whole VHS vibe. It's radical. 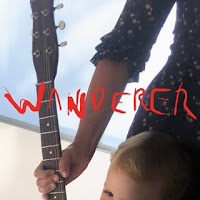 She can put out an album like this that is super solid and it really didn't make much of a ripple because it's expected. I get it. This probably isn't her strongest collection of songs, but it is a great mix of both sparse, old-style Cat Power strummers and modern sounds with more slick production. And of course her voice still sounds really cool. 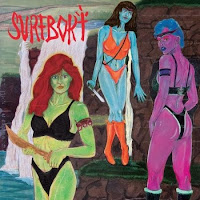 Stinky punk rock from three 40ish dudes (two guitars, no bass) and a lady in her late 20s on vocals and general weirdness. The lyrics are angry yet naively sweet at the same time; it's really something. I saw this band live last year with like 15 other people and now they're already out on tour with some hotshots. Just remember I was in on the ground floor. Not a huge deal, just wanted to point it out. 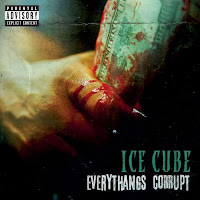 Can't believe it's been 8 years since Cube dropped an album. This one is in line with his past two efforts, style-wise, but overall it's a little more focused and a lot more legit pissed, which is when Ice Cube is at his best. He's never been huge on features, and where there were maybe 3 or 4 tracks on his past two records with other dudes on 'em, this time there is only one, and it's a guest spot from Too $hort, who is still rapping about the same shit he's always been rapping about. 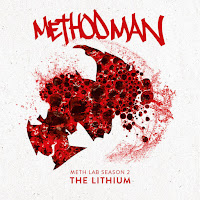 Method Man, on the other hand, is no strangers to letting dudes jump all over his songs, and this record is no different. That being said, once you sift through the wholly unnecessary skits (another Mef staple) and get down to the rappin', the songs on this album are actually about as good as I could hope for. Always a pleasure to see Cappadonna and Masta Killa show up. Plus I'm starting to really like Hanz On. And Method Man is still one of the best rappers alive. Never gets enough credit. 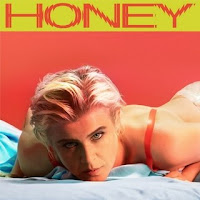 My wife's album of the year, for sure. I don't think this record is quite as strong as her previous one, but it's real close and it's still got the whole incomparable weirdo dance vibe you're looking for. I thought "Between the Lines" was straight-up one of the best songs I heard all year. We ordered the UK import on white vinyl and the sleeve is glossy, gatefold, and really nice. Thick and substantial. How I like it. 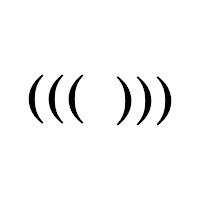 First MC Paul Barman record in almost ten years, and it's easily his most cohesive and unpretentiously meticulous, plus it features guest spots from Open Mike Eagle and a great beat from Prince Paul, so the whole thing feels like it's come full circle. Paul sounds focused and the beats are right up my alley. It ain't for everybody, but I've been listening to Paul Barman for a long time, so maybe I just understand it on a deeper level than you. Something to consider. I mean, of course I hear the words "Fugazi's rhythm section" and I'm already on board with this thing, but Fugazi this ain't, and that's a good thing. The guitarist Brendan Canty and Joe Lally are hooked up with is a wild player, and it's real cool to hear these two dudes you're familiar with, locked in just right, while this other guy is in his own world, gushing all over it. Great instrumental jamz. Hope they come 'round here so I can see it live. 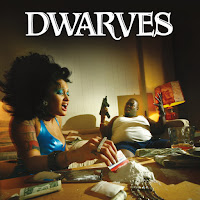 The Dwarves as old-man button pushers is something I really enjoy, and boy, do they take it all possibly too far on this one. It's the ridiculousness you sign up for, and you just hope it's all wrapped in some ripping two-minute songs. Thankfully, this LP is a return to form of sorts, or at the very least it's just flat-out better than their last one. Fun fact: the Dwarves are not big fans of "safe spaces." 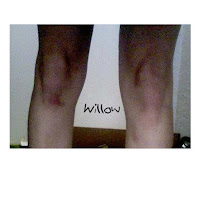 What a strange, sleazy, surprisingly intricate modern rock-opera this record is. I still don't think I fully grasp the entire concept, but the videos are great and the songs are just so juiced with endless sounds, thanks to her huge band, which seems to always be fluctuating, usually growing. They're known for their confrontational live show, but this record is proof that the music is just as big of a deal. 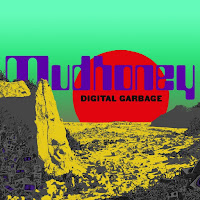 Additional shout-out to Mudhoney's LiE - Live in Europe LP that was also released in 2018 and is also really good. On Digital Garbage, Mark Arm is pissed, which isn't anything incredibly new, but now he's ultra-pissed and this set of songs is among the most flat-out angry they've ever done. It's great. I'm so glad these dudes are still making music. 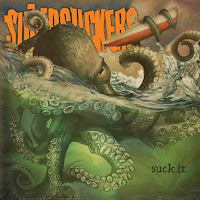 "The History of Rock 'n' Roll" 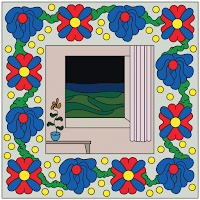 I bought a Boytoy tape a year or two ago and it was pretty good so I decided to pick up their new one when I was ordering some other cassettes from the Burger Records store. Man: I ended up listening to this album a lot last year. Just a great batch of spacey guitar-and-sometimes-keyboards cuts that all work incredibly well together as a whole. Also hoping these gals journey to the NW because I'd love to see them live. 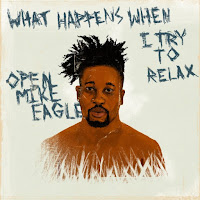 04. Open Mike Eagle - What Happens When I Try to Relax

Mike Eagle said he would put these six songs up against any other six rap songs that came out this year – a rare display of bravado from the dude who's usually humble to a fault. I thought that was a cool-ass move, and when I listened to this EP I heard what he was talking about. He's deep in the zone right now and his next full-length record is going to be incredible. 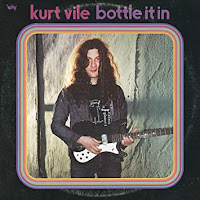 It took me a sec to warm up to this one, but after a solo drive to the beach on a dark, rainy night and letting this thing run for its full 79 minutes, I was mesmerized and blissed out, brother. I can see why my wife hates Kurt Vile's music - heck, even I wonder if "Bassackwards" really needs to be 10 minutes long, but he's just such a singular guy right now, and I'm digging all the grooves, whether they be stoney or not. Mostly they are. 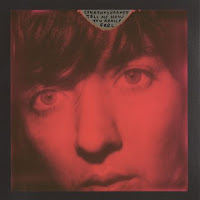 02. Courtney Barnett - Tell Me How You Really Feel

Speaking of records that grew on me, I slept on this one way too long. This is a front-to-back great collection of songs that are laced with both depression and an ever-necessary hopefulness that permeates. She's got such an effortlessly great way of singing, and it matches her guitar playing perfectly. Loved her record with Kurt Vile; love this one. Can't wait for the next one. 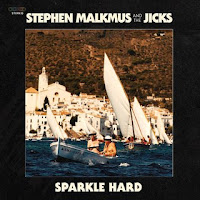 Another winner in a long line of winners. Another album that shows that ol' Stevie's songwriting is getting better as he ages. Sure, it may not be as "vital" or whatever as it was when we were all tied to the waist in flannels, but it's still just as hard to decipher and just as easy to get into. Now we're all left wondering if the "solo" electronic/synth album he teases at the end of this thing will ever see the light of day. Could be good?

If you are planning your trip for more than a day or two, can you order a girl or even two girls to maximize satisfaction in one place? Alisha Jodhpur Escorts Services has trusted the market for 4 years and now I am also available on the web, visit me to choose and enjoy your time with
Jodhpur escort service
Hyderabad escort service
Jaipur escort service

I love sports and swimming and dancing have become an unforgettable part of my life. I am a distinguished stentorian among the fiery escorts of Ahmedabad offering a high level escort to successful gentlemen who wish to have a partner for their multiples outings such as dining in an excellent restaurant.
Ahemadabad escort service
Mumbai escort service

My sophisticated and distinguished escort services in Udaipur are recognized for my estentiana attention to detail and my commitment to provide maximum pleasure to all my clients. I attend my services only for those looking for something real and much more. I can differentiate myself by meeting the needs of entertainment and company.
Udaipur escort service
Goa escort service