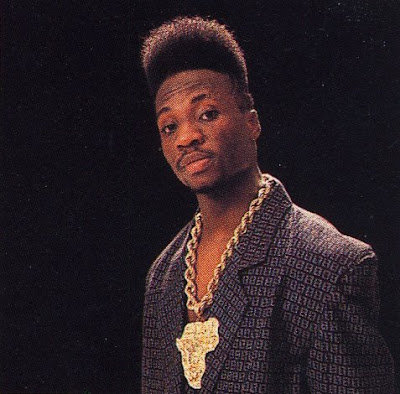 He was Big Daddy Kane's right-hand man for most of his career, a cat whose tall-ass flattop almost overshadowed the fact that he was a multifaceted performer. Though he was often thought of as simply one half of Scoob & Scrap, the backup dancers that flanked Kane during a lot of his early performances, he also traded verses with the Big Daddy on the majority of his albums, as well as administering haircuts to the whole crew.

He's Scoob Lover aka Big Scoob, and he's a stallion.

Scoob first showed up on "On The Bugged Tip" from Long Live The Kane, doing a back-and-forth sort of laid back rhyme with Kane, but it's this sing-songy intro to the raps that has probably left the most lasting impression:

"You like the stylish clothes we wear,
and you like our flattop style of hair.
It's just those bugged out things we do
that make the girlies wanna stare"

Yeah, Scoob. He next appeared on the follow-up, It's A Big Daddy Thing, on the sex-rhyme fest that was "Pimpin' Ain't Easy." Scoob's still confident, and it's still thanks to his flattop:

"Tip-tip-toein', Scoob Lover's out ho-in'
Braggin' to the fellas how my flattop was growin'"

He hits the mic again, sandwiched between Kane and Scrap Lover on the fantastic "On The Move." Flattops anyone? Of course. This chant starts the cut:

"Well, here we are,
United just for you.
Our flattop cuts are new
Because we're on the move"

Yeah you are. He gets plenty of shout-outs throughout the rest of the record, even when he's not actually on the songs, and we learn from the liner notes that his zodiac sign is Sagittarius, and his code name is "Strong Nose." Solid.

Scoob keeps getting better and better, gaining confidence on the mic as his verses grow longer and more intricate. On Taste of Chocolate, he brings it big time on the posse cut "Down The Line." He gets in a few lines about his hair ("Let me see I’m slim, my hair is well trimmed") and stands out amongst the other guest MCs on the track. After being conspicuously absent on Prince of Darkness, Scoob comes back bigger than ever on Looks Like A Job For.... Kicking off the hyper-than-hype "Chocolate City," it's clear that he's been in the lab polishing his skills:

"A mic, a stage, a crowd, and I won't stop
I set it off and get live like an alarm clock
People thought Scoob and Scrap was just a nickname
Now that we rap, we sell more records than cocaine
Aw, shucks, now I'm back from the down-low
Here comes Scoob with the curly afro"

And it wouldn't be a Scoob verse without an update on his hair. He shows up again with Scrap and Kane, kicking it heavy on "Here Comes Kane, Scoob and Scrap." It's clear some of Kane's style when approaching the mic has rubbed off on him when he starts spitting some slick and witty similes: "I can get funky like a high school locker room."

By the time Daddy's Home rolled around, Scoob had changed his handle to Big Scoob and adopted a nasally style of speak that sounds like a more calm and calculated B-Real. It threw me off at first, but I learned to like it quite a bit, as it offsets Kane's deep voice and he was a good enough rapper at this point that it didn't matter. He's all over this one, playing big parts in four of the tracks on the album, and delivering on every one.

Scoob has put out some singles over the years, and it looks like he's still doing the damn thing: 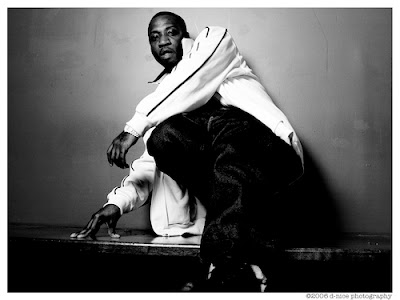 Here's to you, Scoob. You're a stallion of the purest form.