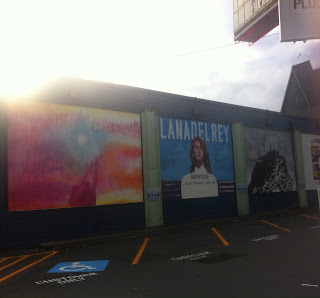 (Ed. note: I mentioned in my previous post that my brother's summary of our joint record-buying road trip would show up here soon, and true to my word, here it is. Thanks to him for another long-ass guest post.)
Green Noise
Green Noise has become my favorite spot in Portland, with a great selection of punk and indie rock LPs and 45s. I always seem to have good luck there and this trip was no exception. 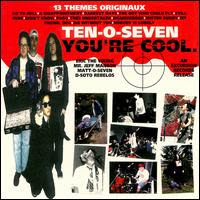 I have always had a soft-spot for this Seattle pop/punk band. They sometimes are a little too emo for my liking but their best songs more than make up for it. I have had this on CD for quite some time but was excited to find the LP. Apparently it is available on red vinyl but mine is on black so, you know, I'll eventually have to find that one too. 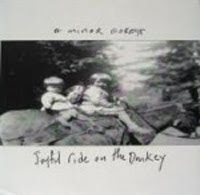 Mr. Stallion Alert himself pulled this one out of a stack of new arrivals, so new in fact that they were still laying unpriced on the counter. I have never seen this in the wild and am pretty sure that there is a song on here that was never released on anything else (the other 3 songs were included on a CD discography). The guy gave me a really fair price and it was a no-brainer. It also had the original insert which seemed to be an introduction to the band leading me to believe that this is one of their first releases. Pretty excited about this one. 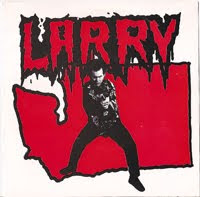 This is the solo debut of former Rickets member, Larry (previously known as Diarrhea). Larry plays all of the instruments on what, unsurprisingly, sound like a bunch of unreleased Rickets songs. Which is a good thing. There is no date on this thing but I put it as around 1998. I have his follow-up 7", "Do You Want To Hate Me?," which came out in 2000. Anyways, this is on Larry's own Puke Records and features such sensitive songs as "Berkeley Scenester Scum" and "Half Dead." I'm down. 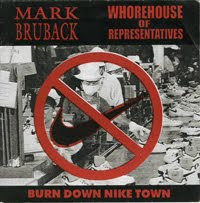 I found this split 7" in the 2 dollar bin and couldn't believe my luck. Whorehouse Of Representatives were a great Seattle punk band and I have been slowly finding their stuff over the years. I don't really know who Mark Bruback is but it seems to be spoken word stuff. I haven't had the guts to listen to his side yet. The artwork on this thing is extensive as it is basically a 16-page mini-book. Each song gets its own page and artwork and then some. You have to admire the work ethic of these crusty punks. Whorehouse contribute 3 songs about the usual stuff but unfortunately don't sing about Nike Town (that song is on spoken word dude's side). Oh well. It still sounds great. 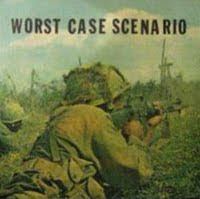 I already had these 3 songs on other stuff but the artwork is dope and the price was right. Justin and Brandt from Unwound playing disturbing hardcore songs. The singer's voice makes my throat hurt. 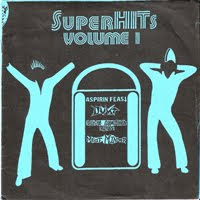 This is another 7" where the artwork is designed as a book with each band getting two pages. Once again, the work ethic of the crusty punks. This NW punk compilation includes songs from Aspirin Feast (who later morphed into Chicken), Meatminder, North American Bison, and DUMT. The artwork on Discogs shows this as being blue and black but mine is hot pink and black with yellow vinyl. It is also hand numbered 98/500. Nice. 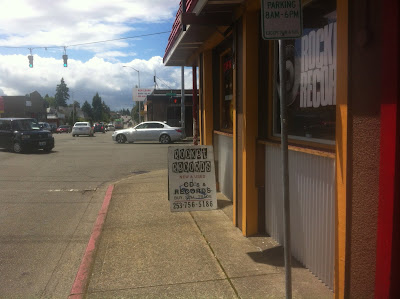 Rocket Records is a frustrating place because they have tons of great stuff but the prices turn it into a museum. I have never seen so many records marked at $80 and $100 before. Who is paying that? Are people really paying that? Lord knows I'm not. Still, I managed to dig out a couple gems. 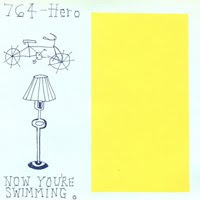 I was extremely excited to find this and at a reasonable price. I already have this 7" but my copy is a second edition with different artwork. This purchase solves that as this is a first edition and in great shape. "Now You're Swimming" might also be their best song, which sweetens the pot. 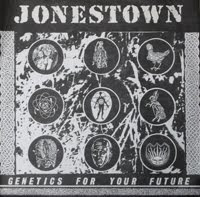 How many Jonestown 7"s can their be? I continue to try and like this band and continually don't. However, I'll keep on buying their stuff when I find it. Figure that one out. 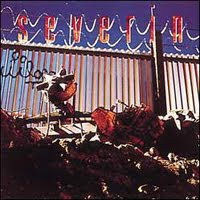 This is a funny one. Mr. Stallion Alert himself was digging through a dollar box of LPs and I pointed this one out to him, saying it was on Dischord and from the early 90s. He went for it. When we got home and I further inspected the record, I saw that the band featured Mark Haggerty from Gray Matter, one of my favorite Dischord bands. My kind brother then gave me the record. What a champ, that guy.

As Mr. Stallion Alert himself pointed out, it was a weird scene inside of Rubato Records. We were kind of in a hurry to get out of there but I still managed to find The Cars' Door to Door in a dollar box and this little gem. 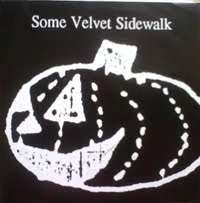 I am not a die hard Some Velvet Sidewalk fan by any means, but I pick up their stuff when I find it. This one is especially cool as it is part of the International Pop Underground series and I know the song "Pumpkin Patch" as I have had the Crayon cover (from their "Snap-Tight Wars 7") for years. Plus, it is in really nice shape. Yay for me.

I love Singles Going Steady. Their 7" bins might be my favorite place in the world. I didn't do nearly as much damage there as I did last time but I still managed to spend the most that I spent in any one place on our trip. 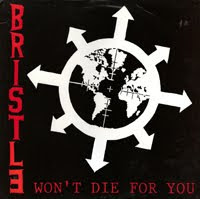 I seem to find a Bristle record every time I go back home so why break the trend? This is their only LP and delivers exactly what I was hoping for: 90s NW punk about beer and hating stuff. 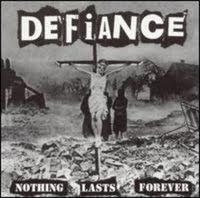 I was really excited to find this at a decent price and have been listening to it regularly since getting it home. The LP is in tip-top shape, is a gatefold, and includes a huge pull-out poster of the cover. Have I mentioned the work ethic of the crusty punks yet? Defiance are from Portland and always deliver gleefully angry punk music. Their crusty but actually play longer, slower style songs. Good stuff. "Kill The Bastards" and "You Don't Know" are my current jams. 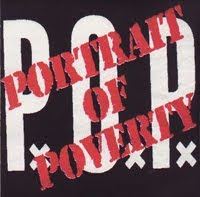 Portrait Of Poverty - Portrait of Poverty (1998)

I had heard Portrait of Poverty on various compilations so it wasn't hard to drop the five bucks on this LP. This is yet more 90s NW punk and the release is kind of a weird one. The LP is hand numbered 89/300 and is on red vinyl. The sleeve is made out of a thicker stock paper but is basically folded over like a giant 7". It is listed as being on Infect Records but I get the vibe that was created to simply release this. The music is definitely in the vein of Poison Idea, kind of metally punk. Still, it works for me. Plus, it's hard not to like a song called "Scumbags in Paradise." 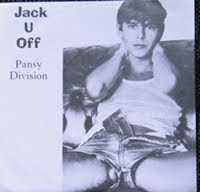 I will buy anything of Pansy Division's. Their artwork is always great and the songs never disappoint. "Jack U Off" is a sped up cover of the Prince song and it works out very nice. The B-side, "Strip U Down," is a slower tune, almost like an 80s country ballad, about, well, wanting to Strip U Down. Duh. 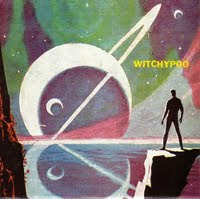 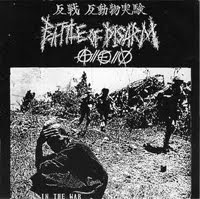 Singles Going Steady have such fair and reasonable prices that I always end up dropping loads of cash there. This record is a great example. Most places probably would have priced it at nine or ten bucks (which I would reject) but here? Five bucks. Sold. I have some of their stuff from a Masskontroll split and always liked it. This sounds like more of the same: Japanese crust punk about animal rights and war. Let's get crusty. 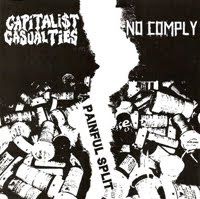 This is basically a new split release of songs recorded by the bands in the 90s. The Capitalist Casualties side has five live songs from 1994, including quite possibly the greatest punk song of all time, "Greedy Bastards." The sound quality is worth mentioning, as for a live punk recording from '94, it sounds really good. As for No Comply, I wasn't very familar with them before this. Their side has nine songs recorded in 1997 for a demo. What's weird is that the sound quality on these is worse than the live recordings on the other side. The music is thrashy screamy stuff which is fine but not really my thing, especially when it sounds like it was recorded on a boombox. On a sidenote, this actually came with a digital download, which I could never get to work. So yes, those crusty punks have a high work ethic but poor file sharing skills.

I like this Easy Street Records quite a bit. They have endless amounts of budget CDs, well priced DVDs and lots of records. I actually spent most of my time digging through the DVDs but still managed to pick up some music. 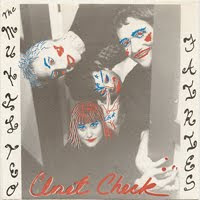 This is one of my favorite scores from the trip. I have a soft spot for the Mukilteo Fairies as their stuff was on so many Olympia compilations in the 90s but their records are pretty hard to come by. This was the classic record shopper story: it was the last 7" in the last row of 7"s. So let that be a lesson to all of you. What you get are 12 spastic, angry punk tunes, including my favorite, "Heavy Into Brett." Plus, the artwork is really nice with full lyrics included and the price was way lower than it should have been. 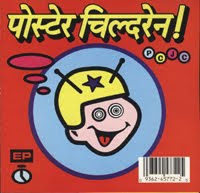 Mr. Stallion Alert himself doesn't like to brag about his CD finds but I have no such problem. Case in point. I found this for a dollar and as I don't think it was ever released on vinyl, I don't mind buying it on CD for a buck. I was never a big fan of this band but but this as a promo cassette all the way back in '94. I always liked it and just never got around to buying the proper release. Hey, it only took me 18 years. 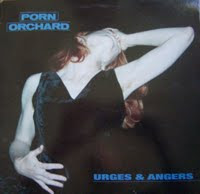 And that was that.
Posted by Wockenfuss at 12:03 AM