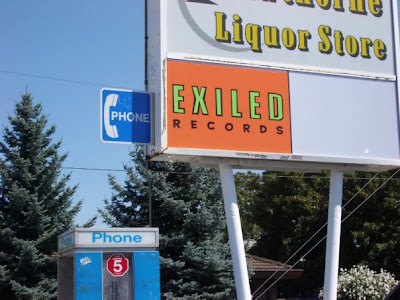 My wife is usually at school all day on Saturdays, so I'm used to sleeping until I wake up and spending the day dicking around at home. This past Saturday she called me at 10AM, told me her school was flooded, and that her and a few friends were coming home to turn our kitchen into a makeshift salon and color some hair (my wife's in school for hair design). That was all it took to get me up, moving, and out of the house.

After hitting a few estate sales in Tualatin (long story) and making my way over to the Everyday Music in Beaverton and finding nothing except a used copy of the Criterion edition of Dazed and Confused on DVD, I decided to ride the 32oz-iced-coffee buzz I was currently sweating through (it was 100+ degrees out, which didn't help), head over to Hawthorne, and see if Crossroads was air conditioned.

It was not, but it was way better than it was outside, so I kicked around there for a few hours, picking up a few things. These are those things. 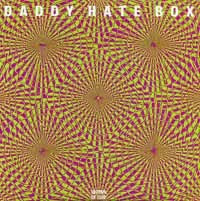 Add this band to the list of groups in the original Teriyaki Asthma series who I desperately want to like for some reason, but can't really bring myself to fully enjoy. Much like My Name and Jonestown, this band is good at what they do, but the pop-slappy funk-rock thing doesn't really get to me. Still, it's on the C/Z label and it's from 1989, so I picked it up. And I will keep it. And if I come across the purple vinyl version, I will buy that, too. Mine's on black. 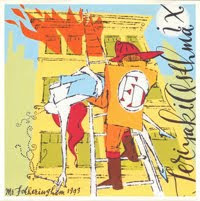 Apparently Steve Turner from Mudhoney is one of the dealers who has his stuff at Crossroads. I picked this record out of a section that I always find good stuff in, and then a few minutes later (as I was in a different section looking at a Fall-Outs record he plays bass on - cosmic), he walked in with an armful of stuff and started stocking it up. Thankfully I can say that his prices are more than fair, and I will continue to buy up the grunge god's overstock. Anyway, from what I can tell, this was the last TA comp to be released. I bought it because I love the series, because it has a Crackerbash song that I didn't have, and because it was two bucks. The other bands are Superconductor, Stymic, and Trash Can School. 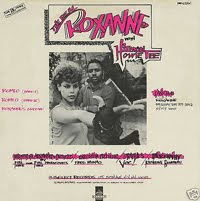 The Real Roxanne is not the greatest rapper, but I grew up listening to some of her stuff on rap comps, and I guess there's a part of me that still gets a kick out of the shit she was doing around this time. Still, if this would have been more than three bucks, I probably would have passed. It features parts I and II of "Romeo," which clock in at almost 12 minutes combined, and then it's got some bonus beats. 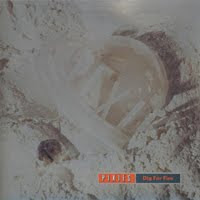 My Pixies 12" collection is embarrassingly small, so if I see records like this in a shop or at a show and they're not priced ridiculously, I'll pick 'em up. That was the deal with this one. It's in great shape, and even has a little promo sticker in the top right that restates the name of the band and the song. The B-sides here are "Velvety Instrumental Version," "Winterlong," and "Santo." All awesome. 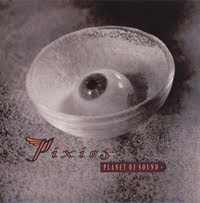 Same deal with this one. I think now I just need the "Monkey Gone to Heaven" and "Here Comes Your Man" 12" singles. I have them on CD, but that's just a placeholder for the inevitable. The B-sides on this one are "Theme from NARC," "Build High," and "Evil Hearted You." All weird and awesome. 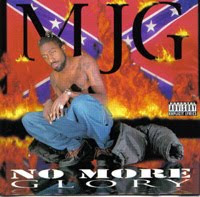 I had been eyeing this dicey copy of MJG's solo debut for the past two years, in the same spot in Crossroads, and the price finally got low enough for me bite. Actually, other than the cutout in the top left corner, it's in fine shape, but I always have a tough time buying a record with a corner missing. But I listened to it yesterday and it reminded me that it's totally worth it. 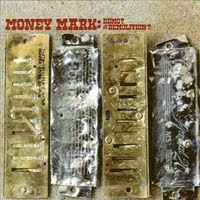 I think it's time to admit to myself that, despite his solid Beastie Boys connection, Money Mark is on some kind-bro, laid-back, Ben Harper shit, and I do not care for most of it. I've always enjoyed Mark's Keyboard Repair, but I even take breaks from that one for years at a time. I guess what I'm trying to say is that while I was digitizing this one, I felt dirty. It doesn't sound like it belongs in my collection. Lesson learned. But I'll keep it. 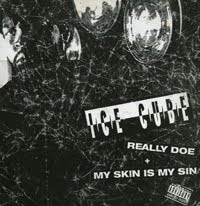 This is Lethal Injection-era Cube, which isn't my favorite time period for his music, but this was cheap, so I snatched it up. I already had the B-side, "My Skin is My Sin," on his Bootlegs and B-Sides comp, so this is pretty much for show. I'm cool with that. 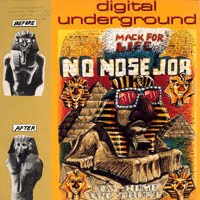 Digital Underground started out weird and just got weirder and weirder. This was the lead single from their second full-length, and it's bizarre. This 12" includes three remixes that are pretty sweet, and artwork that is definitely sweet. I need more DU on vinyl. 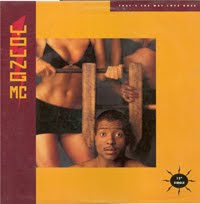 This is not Young MC's strongest song, but the remixes and the dub version on this single are worth hearing. Still, it sounds a lot like Young MC trying to sound like Young MC, and that's never a good sign. But I'm not here to review this thing. I'm here to say that it will complement my copy of Brainstorm nicely.


After I left Crossroads, I decided to head up the street to Exiled, which I hadn't been to in a while. Steve Turner was also there, and I can't help but think this was yet another sign that he and I are soon going to be the best of friends. After eyeballing him to try to see what he was buying and then talking to the dude behind the counter for 20 minutes about what a load of bullshit the Elliott Smith Dreamworks reissues were, I bought these records: 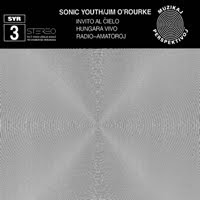 I bought #2 in this series a while back, and though I don't hunt these weird-ass records down, if I find them for a reasonable price and they're on the original colored vinyl, I'll pick them up. This one is on clear wax, and it was priced much cheaper than it could have been, so I grabbed it. Haven't listened to it yet. Have to prepare myself. 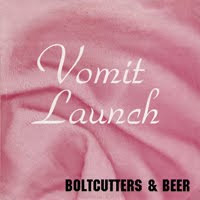 Larry Crane of Jackpot Studios/Elliott Smith/Tape Op fame played bass in this band, and it is exactly as goofy as the name suggests. There are four songs on here, recorded live, and it also includes a good amount of banter. Ridiculous, but fun nonetheless. 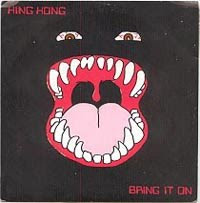 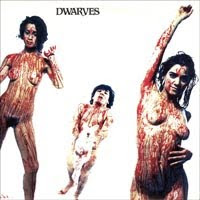 I already own this gem on the original, first-pressing black vinyl with the fold-open picture sleeve, but I did not have the second pressing, which features no pictures on the inside but is pressed on sweet purple marbled vinyl. That is this one. 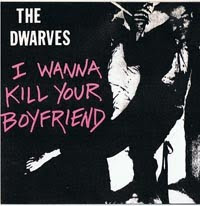 I guess these are old Dwarves songs from 1987 that never got released, but Sympathy for the Record Industry decided to put them out in 1991. "I Wanna Kill Your Boyfriend" is a sweet cover of a Seizure song, but it's the B-side, "Sit on My Face," a Dwarves original, where this thing really takes off. 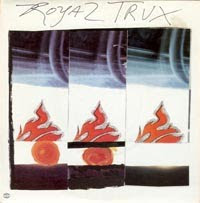 This may be the first Royal Trux 7". It may also be the first Drag City release ever. Not 100% on either of those claims, but that's what Discogs is telling me. Regardless, this record isn't especially rare, but I didn't have it, so I was excited about it. It's surprisingly listenable for early Trux, too. The dude who works at Exiled is a big Royal Trux/Neil Hagerty fan, which would make sense, because they always have their shit there. 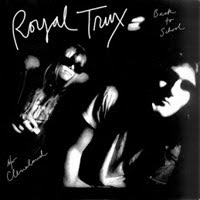 Case in point. This one is also a lot more listenable than some of the other RTX stuff from the era, though I'm pissed because the A-side skips about five seconds in and I can't seem to fix it. Should I just pound this no-good piece of vinyl with a hammer and then throw the shards in the garbage? Part of me thinks it's the only option. 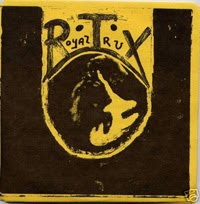 This was my big purchase for the day. It was really my only big-ticket item for the whole afternoon, so I'm not feeling too bad about it. I couldn't resist: it was under glass at the front counter, and when the guy showed me that it was a hand-numbered, limited edition of 500, I couldn't pass it up. This is their second single, and it's in this really weird, almost homemade-looking gatefold packaging, with ballpoint pen writing on the front and on the inside. It's not the rarest thing ever, but it ain't too common, either. I am shamelessly excited about this one.

And it was a good purchase with which to wrap up my Saturday afternoon avoidance-of-home record shopping trip. A quality haul.
Posted by Wockenfuss at 12:21 AM