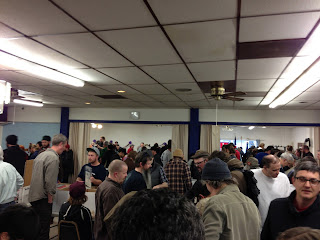 Record-buying money has been a little tight around the ol' Alert household as of late, but it had been way too long since I'd been to a Night Owl show, so I planned in advance and allowed myself to splurge a little. I didn't go nuts, as you'll see, but it was just nice to be packed in like sardines next to my bearded, sweaty brethren again. Still stinky after all these years.

And we really were packed in there. I showed up about 25 minutes after it started, and the place was FULL. I had to box out dudes and jockey for position just to get my grubby mitts on a box of psych records I didn't even give a shit about. Things calmed down pretty quick though, and I feel like I got a good look at everything.

Here's what I picked up: 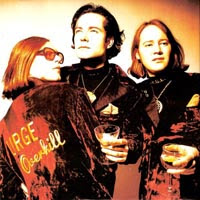 Both of the songs on this 7" would end up on 1992's Stull EP (the B-side is "What's This Generation Coming To?"), though there the title track is given the parenthetical "(Now That's) The Barclords" treatment. So, a stylization change, but the same version of the song. Still, this is on the Sub Pop label, it's on clear neon yellow vinyl, and it was in the four-dollar range. You know I'm in. 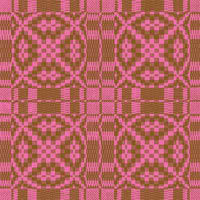 Black Dice is not a band I claim to be a huge fan of, because I'm pretty sure I haven't heard 95% of their output. But they really interest me, and everything I have heard hasn't done anything to diminish that. This 7" made me even more of a fan. The two tracks are improvised (I think?) noise-fests, and sure: some might argue that they don't warrant a full-color 40-page accompanying booklet. But boy is it here, and boy is it filled with wacky art. My copy is on yellow vinyl, but I guess they made a ton of different ones. This record was also cheap. 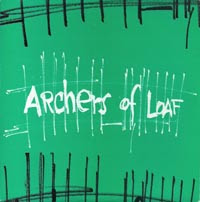 I was getting ready to leave the show when I stumbled upon this box of 7"s that I had somehow not picked through. This dude had a fat little stack of Archers of Loaf singles, all priced at $4. It's not that these records are crazy rare or that they're worth much more than that (they're not), but to me, they're the kind of record that I will absolutely buy if I see it in person, but I'm probably not going to go through the trouble of buying on eBay. If that makes sense. The B-side on this one is "Ethel Merman." 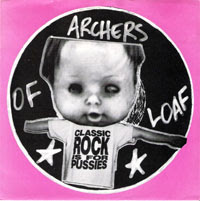 Almost all of this Archers of Loaf stuff I got ended up on their The Speed of Cattle compilation. This record has a sweet cover and features the songs "Mutes in the Steeple" and "Smokin Pot in the Hot City." 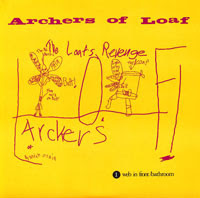 The tracks on this one are "Web in Front," "Bathroom," and "Tatyana." The version of "Web in Front" is, from what I can tell, the same one from Icky Mettle. Some cool early Photoshop work on the inside of this one. 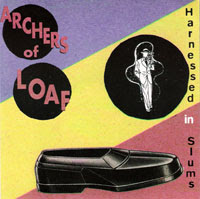 The B-side on this one is "Telepathic Traffic." Also - it comes with this sweet official Archers of Loaf 45 adapter!

This one features a track that did not make it onto The Speed of Cattle: an in-studio, acoustic version of "Telepathic Traffic." Not the greatest recording, but its likable in its ramshackleness. 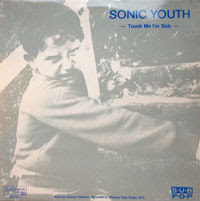 What I need to do is pony up the dough for the rare-ish 7" version of this, but finding this Glitterhouse 12" caught me off guard at the show and I had to make the move. This has got Sonic Youth doing "Touch Me I'm Sick" and Mudhoney doing "Halloween," which, if I'm not mistaken, is exclusive to this release...? This copy's a tad bit beat-up on the cover, but the vinyl's smooth. 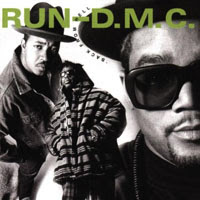 I was pretty sure I'd never heard this record - which is ridiculous - and when I put it on I knew I hadn't, aside from "Pause." I still haven't really heard this enough to say anything worthwhile, but I always enjoy this line from the Wikipedia page about it: "This album features Jam Master Jay singing." Also: Run and D were 26 when this came out. 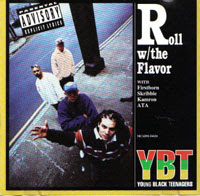 This is a fairly standard 12" - when the only thing of note is a "short version" you know you're not in for anything too exciting - but shit, you know I'm not going to pass up a two-dollar YBT record. Looking hard, guys. 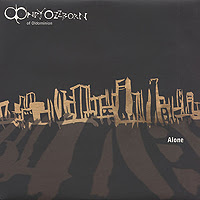 I've never heard this record, but I'm big into Onry's newest project, Dark Time Sunshine, so I didn't see any reason not to go back and visit the man's early work. Only nine tracks on here, but it looks like it features some solid guest spots. This will be rocked. 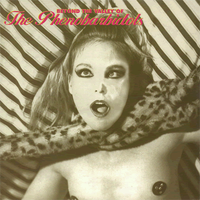 The Phenobarbidols are one of many bands I was introduced to through Sympathy for the Record Industry's Happy Birthday, Baby Jesus compilations. I'm not sure I've ever come across any of their actual records before, though. This one is a 10" on Sympathy and features such hits as "Blow Job" and "Fuck Trunk." And the band is all girls, if that wasn't clear. It was, wasn't it? 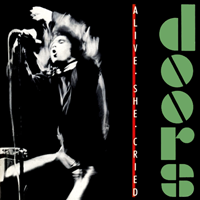 I used to listen to this quite a bit in my early teens, but it was never really one of my favorites. Still isn't, though it does include a surprisingly coherent version of "Gloria." Anyway, it was six bucks and I didn't have it on vinyl. Didn't find any other Doors records of note. Very odd for a record show. 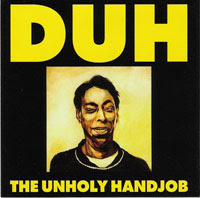 I pulled this record out of a box and before I could even flip it over the couple who were selling it said, "Do you want that? Please take it. We don't want it. We've had it forever. Can't get rid of it." It had a one dollar price tag on it. They said they didn't even know what it was, so I asked them if they wanted to know what it was. They said yes, and I went into nerd mode and told them how Duh's guitar player ended up in Faith No More and how this record has a song called "Our Guitarist is in Faith No More" and how they made a big deal of it on the back and how it sounds like this. They still wanted to give it to me but I couldn't find anything else so I gave them a dollar for it. They were happy to see it go. 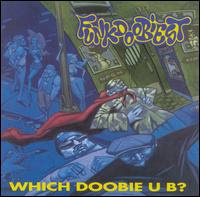 The girl who owns/works at Boom Wow records brought her secret stash (aka from her personal collection) to this show, and this was one of the gems in that bunch. It's a cutout, but whatever. It was priced right and this LP has been very much missing from my collection. She also had a copy of Brothas Doobie, but it was a little beat up. I've since checked prices on that one and realized I should have picked it up. Wouldn't be a record show without regret. 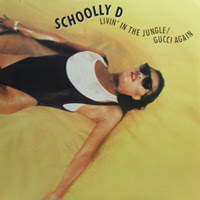 Another 12" that's just single edits and instrumentals, but it's Schooly D in 1989. And that cover alone is worth the few bucks I paid for this. 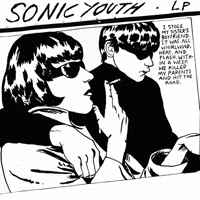 This was my big purchase for the day, and it wasn't even that big. I somehow don't have an original copy of Goo, but I do have the CD version of this deluxe edition, so this is replacing that and I'll still probably have to get an original at some point. I've been waiting to find this used, and I finally did. The price wasn't crazy great, but it was better than what I'd have to pay new. And, it's great: four records in full-color sleeves and a huge book with essays and shit. SY are the best at vinyl.

Now I've got to get ready for bed because Record Store Day is tomorrow. This was just a warm-up.
Posted by Wockenfuss at 10:36 PM

That's hilarious about the Duh record. I think I bought that new through mailorder from Boner. I remember realizing about 30 seconds into it that I had made a terrible mistake.

That Onry Ozzborn album only has 9 songs? The CD has almost double that. Odd. Either way, that album is pretty sweet.