Hey, I managed to pull together a full list of 30 again. Might have even been 31 had that Dismemberment Plan record not been so awkward. Another fine year for modern music, and another year-end list that nobody needs or asked for. Let's get to it! 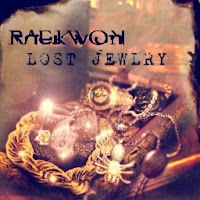 Rae was really on a roll before this album (mixtape, really) dropped, and though this might not have slowed him down, I never really understood why he dropped this in January and then never followed it up with a proper record. Still, even if this is a stop-gap, it's a damn decent one. 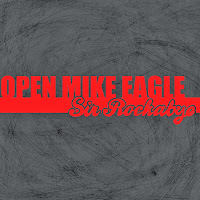 A handful of songs from a thinking-man's rapper who wins extra points from me for naming this EP after a terrific Frank Black song. Download it here and then go listen to all his other records because they're great, too. 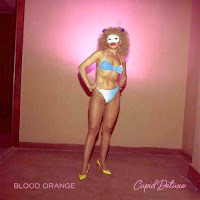 When it comes to albums my wife and I can agree on, this one is near the top of the list. Not coincidentally, we also listen to Prince a lot together. Can't wait to hear what this dude's next record sounds like. 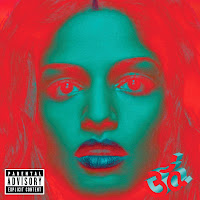 This record hasn't grabbed onto me as firmly as her previous stuff, and I'm holding out hope that it's just a matter of time. It's relentless and weird as fuck, so it's got that going for it. She's a button-pusher, this one. 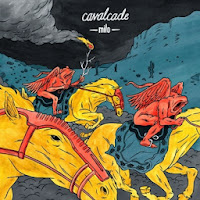 milo's part of Hellfyre Club, along with Open Mike Eagle, Nocando, Busdriver, and some other affiliates, and these dudes are go-getters. milo might be a bit of an acquired taste for some, but the dude's a straight-shooter and I'm into it. 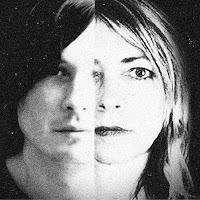 Hey, wanna know what my wife hates? This album. So I listen to it when she's not around. It's what I would call "challenging" in parts, but rarely boring. I could listen to Kim Gordon's sweet pipes all day. 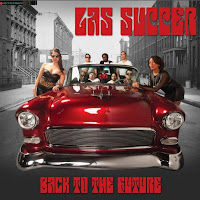 Anything that gets Big Daddy Kane rapping again and Scoob Lover dancing again is great news for me. I fanboyed out and pre-ordered this album in a web-contest thing and got to talk to Big Daddy Kane on the phone for five minutes for doing it. One of the greatest moments of my life. 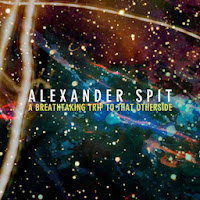 23. Alexander Spit - A Breathtaking Trip to that Otherside

Alexander Spit is the hardest-working dude that maybe you haven't heard of, and it's time to recognize the realness. This thing roped me in with the title track and it just went from there. There will be another Alexander Spit release on this list and I think I'm leaving off at least one instrumental mixtape. 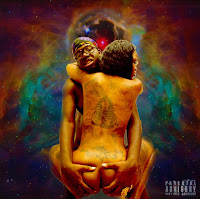 Speaking of hard-working rappers. eXquire went from buzz-dude to hot-shit in the last few years and this album's more of a victory lap than anything else, but that doesn't mean he phones it in. I mean, look at the cover for chrissake. The man's a beautiful lunatic. 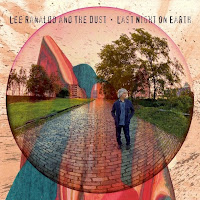 21. Lee Ranaldo and The Dust - Last Night on Earth

Lee Ranaldo never gets enough credit for being an artsy weirdo, and if you've ever listened to one of his solo records, just picture the stuff he sings on Sonic Youth records and then imagine the stuff that the rest of the band wouldn't let him put on an SY LP. It's a wild ride. 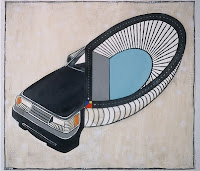 I guess I'll just pick one of the three free albums he released in 2013. I definitely listened to this one the most because it was the least daunting. If you hate Kool A.D., I understand. But I don't. 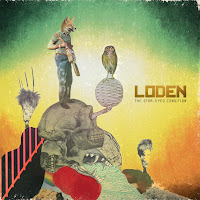 This dude did all the beats for Busdriver's fantastic 2012 LP Beaus$Eros, so when I found out he was dropping a solo joint I pre-ordered the shit out of it. It features guest-spots from some alt-rap elites, as well as instrumental tracks that are just as good. I sort of didn't understand why this record wasn't a bigger deal. You can download his Beaus$Eros instrumentals here for free. 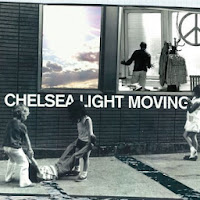 If this is Thurston Moore's version of attempting to recapture his youth, it's somehow way less annoying than that concept sounds. A few of these songs are too on-the-nose snotty, but the tracks where they stretch shit out and get sloppy sound like long-lost Experimental Jet Set demos. And I'm wit dat. 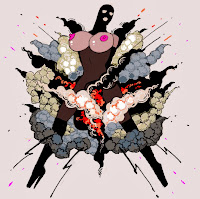 So much good free rap music this year. And if you needed further proof that I'm a Hellfyre Club fanboy till the day I die, here you go. Nocan's style can be a little hard to process at first, but once you connect, you'll realize he's half-freestyling most of the time and it's even more impressive than you thought. 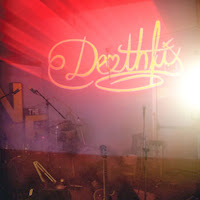 As weird as it is to see Brendan Canty (Fugazi's drummer) with a guitar, it's even weirder to hear him playing music that's probably more proggy than anything else in my collection. That's not saying a goddamned thing, but I probably would have never listened to this if it weren't for the Canty/Dischord connection, and I'm glad I was able to expand my musical horizons a tiny bit with this one. And I still can't tell if they're just fucking with us on this song or not: 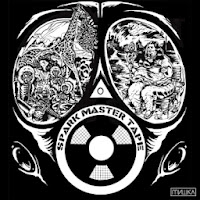 I don't know if we'll ever actually find out who Spark Master Tape is, but I don't think it really matters. In fact, I hope we never find out who he (they?) is (are?) because listening to this weird-ass music and not being saddled with a face to put to it somehow makes this even better. Another great free album. 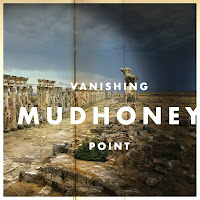 Probably my favorite Mudhoney record of the past 10 years. I didn't immediately love it, but once it sunk in I listened to it for a week straight. Mark Arm's lyrics are as pissy as ever, and the band sounds significantly amped up. I hope we get to treasure them for years to come. Bring on the old-dude rock. 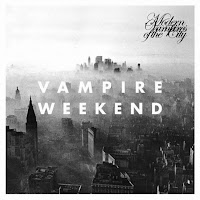 I'm sure it's easy to hate Vampire Weekend, but fuck that: this record is straight-up stacked with earworms and "Unbelievers" was the soundtrack to my life for a solid and strange two weeks straight a few months back. I don't listen to a ton of wuss-rock these days, but when I do, I turn to these lads and will continue to do so. 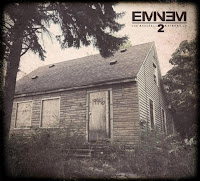 Calling your newest record a sequel to your most popular record is a move usually reserved for rappers whose careers are circling the shitter, so I don't know why Em felt the need to do this when he's going to print money with whatever he puts out and this album is only related to the first one through skits that are awkwardly wedged in between tracks unnecessarily, but this dude is still rapping better than most people on the planet. 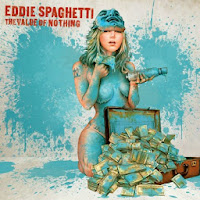 11. Eddie Spaghetti - The Value of Nothing

Eddie Spaghetti's solo albums have always been good/great but a little too covers-heavy for me, so when he dropped this 10-tracker and it was all originals, I was excited by the prospect and pleased with the results. Possibly his best solo effort to date. 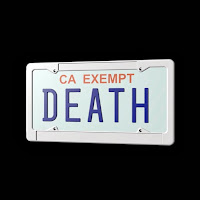 If you don't hear Death Grips evolving, you're not paying attention. This record will punch you in the crotch until you gag a little. 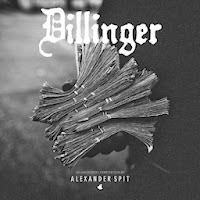 I have been Stanning out for this dude way too hard over the past year and it's because he's a great rapper to be into: he produces all his own shit, puts out music all the time, and does it all without being a dick about anything. Plus his beats are boss. 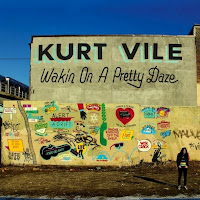 Kurt Vile is slack-rock but more dusty; it's almost like he's telling you a story that kind of goes somewhere but not really while he's riding in the passenger seat of your Buick Le Sable as you drive through the desert after eating too much weed. I love it. 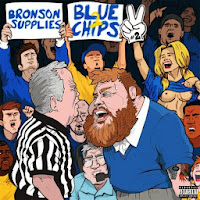 Supplies relies a little too heavy on the 80's mega-mix approach here, but it doesn't end up mattering because Bronson is such a beast. I listen to this album while I lift weights - seriously - and it's somehow just perfect for that. One of those records. 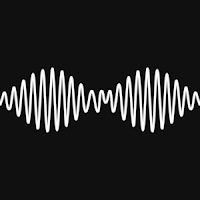 For some reason I feel like people don't make a big enough deal about Arctic Monkeys, but they do; I just don't see the madness up close. Keep waiting for these guys to put out a record that even resembles something unimpressive, and they just won't do it. And they're still in their 20's. 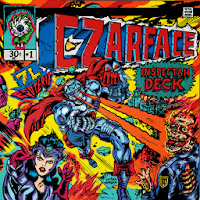 This record is every bit as good as it sounded like it would be. If you think Inspectah Deck has slowed down a bit, listen to him just bury dudes on this one. Plus there's a lot of wrestling samples and references, and I'm a sucker for that. 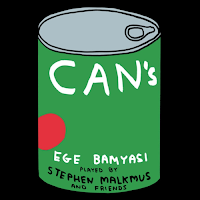 Record Store Day exclusive that I thought might be some loose interpretation but nah - Malk and some real-deal players tackle this nutso record and slay the shit out of it. I was obsessed with this thing for a while. And it's live, even! 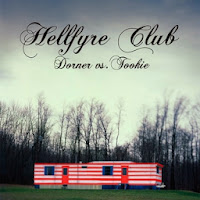 Mixtape of the year for me, hands down. I had heard some of these songs before, but when they were mixed in with posse cuts and plenty of other stuff I wasn't familiar with, they took on whole new lives. There's arguably a few clunkers on here, but in the whole train of thought of the album, they fit without dividing. Smart rap rulez.

Still the best straight-up rock band in the world. It's still a bummer that Joey Castillo isn't around, but this hasn't been a full-on "band" thing in quite some time. This record is as good as anything they've done, and I have a feeling this is just the warm-up for one that's going to fully conquer.

"I Sat By the Ocean" 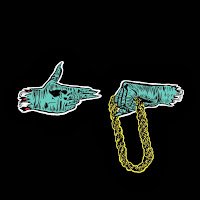 In a year filled with great free rap records, this was the greatest, and better than anything I paid for, which was everything on this list that had a price tag on it. We all knew this would be good, but I didn't know it would be this good. 40 minutes of El-P and Killer Mike explaining whey they're better than you, and making a convincing case no matter how they approach it. Fear these dudes or catch cleats to the neck.