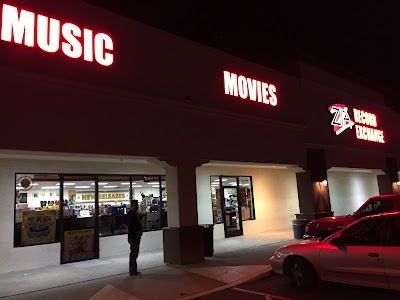 Our last stop was another Zia in Tempe, I think near the ASU campus. It was getting late but we ended up being there for a while, not leaving until after 10:30. You gotta put in the work, people. Here's what I got: 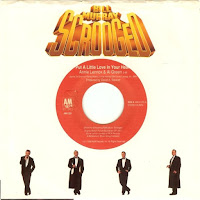 In the Scrooged sleeve! Had to buy it for that. 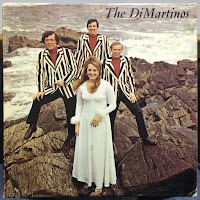 Private-press LP out of St. Paul, Minnesota, that I assumed was gonna be super down with Jesus, but it's actually a pop record that's all covers - seems like they were a gigging band that provided entertainment at events and whatnot. My copy is signed by all four members on the back. I love paying two dollars for records like this. 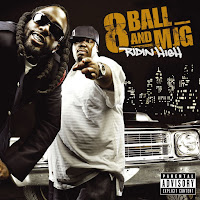 2xLP, sealed, and it was 8 bucks. My first 8Ball & MJG full-length on vinyl, I think. Killer Mike is on this one.

This album - specifically the lead-off track, "Relax and Take Notes" - brings up something I've been thinking about for a while. On the sleeve, it says "Relax and Take Notes featuring Notorious B.I.G. and Project Pat." If you listen to the song, BIG is just sampled for the hook, which is taken from a verse I know (literally the only BIG lyrics I know) in "Dead Wrong" with him and Eminem. So, first off, it's not what you'd traditionally consider a rap "feature" at all, because the dude's been dead for a decade by the time this thing dropped. Also, "featuring" an artist of this caliber would imply - to me, at least - he'd be rapping a verse, though I think that line's gotten blurrier over the years and there's an argument to be made there. But, to me, there's also an implication that his contribution would be something new, or at least rare enough that not a lot of people had heard it. If not, why would I care about it? This is taken from his posthumous album, which sold 2 million copies. I just think it's a little misleading and maybe even a little cheap. And I doubt it's even the rappers themselves who do it. I know there's other examples of this. Anyway. 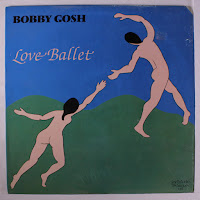 That cover is really something. The lead track on this is an amazing anthem that should have soundtracked a steamy love scene in a movie. Maybe it was. At 1:35 I'm pretty sure he says "Touching softly as we feel clothing disappear" which is incredible. 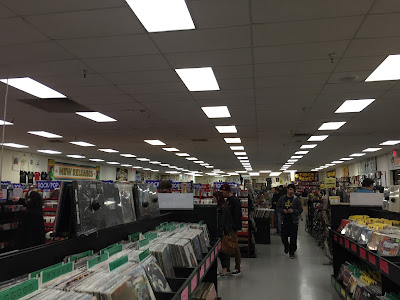 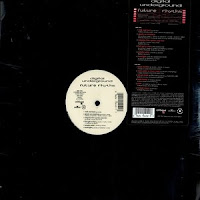 This has been the elusive DU album I've never owned in any capacity. Not even sure I've heard any of it before. This is the official US vinyl release - plain black sleeve with a track-listing sticker. Actually the sticker's on the shrink. This thing was sealed, sucka. 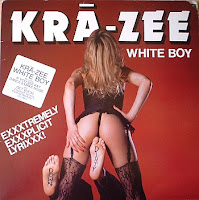 This is, against all odds, worse and more offensive than I thought it might be. 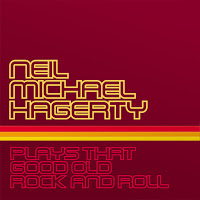 At 12 bucks, this was one of my more expensive purchases, and the last thing I picked up on the trip. Dude from Royal Trux. My wife is gonna love this record!

I bought some tapes while we were there, and I had been picking up other ones during our trip. Here's all of 'em: 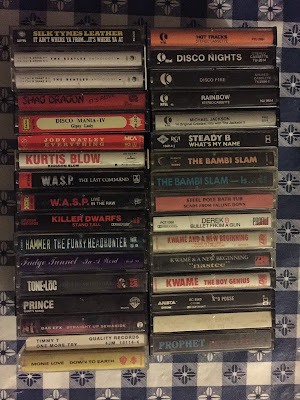 Yeah, I'm getting into W.A.S.P. It's about time. And that Fudge Tunnel tape was a legit score. Alright. Now I gotta find room for this stuff.
Posted by Wockenfuss at 9:10 PM