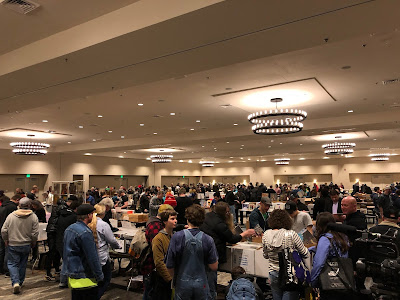 Was telling myself I'd missed the Eugene Record Show last year but attended the year before, but after checking my records I determined that it had, in fact, been two years since I last made the jaunt. I was due.

So with federal-tax-return cash in wallet, I left Portland at 8AM to make it to the Eugene Hilton by 10. Rain was heavy but traffic was light, so I made it down there right on schedule, and at 10 sharp I was waiting in line with a my fellow rain-soaked, bearded losers.

I bought mostly LPs on this trip, but I did pick up some cassettes. Check 'em: 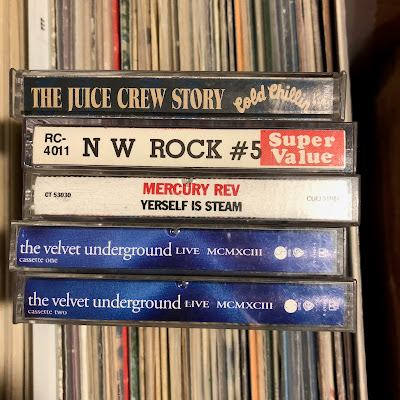 That Juice Crew tape for 3 bucks? That's some shit right there. I used to have that Velvet Underground 2-tape live reunion set when I lived in Eugene (1996-ish) and I remember being really into it for a while. No idea what happened to it. Seemed fitting to pick it up. Mercury Rev was an impulse buy.

I also picked up a short stack of 7" records. Some solid stuff here: 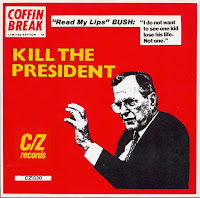 The back cover of this one features Jesse Helms fucking a donkey. Button pushers! Flip is a precious 90's anti-censorship call-to-action. 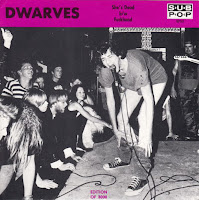 I have the black vinyl version of this one; this is the white vinyl. Includes the B-side "Fuckhead." Total running time for both songs? One minute, twelve seconds. 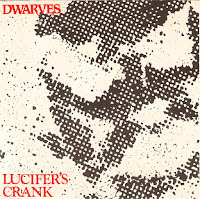 Blue vinyl. 9 songs on this 45, and I think they're older than 1991. Includes an alternate version of "She's Dead," along with the classics "Get Pregnant," "Dead Brides," and "Eat You to Survive." Sound quality can only be described as "dicey at best." 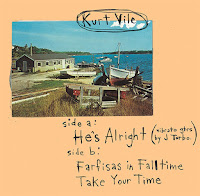 Already had the black vinyl version of this record; this is the "sky blue" edition. It's got some white mixed in with the blue. You know, like a sky. 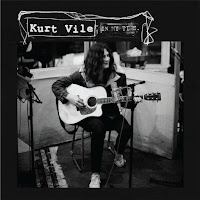 Couple of alt versions of some Smoke Ring for My Halo tracks and another unreleased song. I am a Kurt Vile fan. 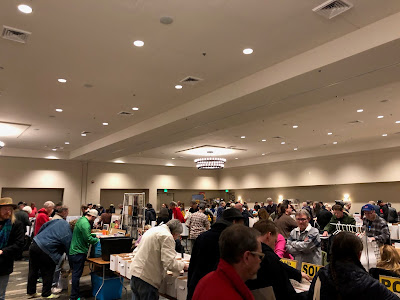 And that was it for 7" records. Didn't realize how many LPs I bought until I got home and unloaded my trusty satchel. Fat stack. Good mix of stuff here: 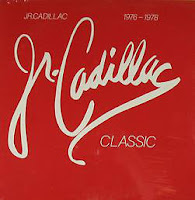 I am actively collecting private-press NW records at this point, and the dealer that I normally go to first at this show was right inside the door like he always is, and he actually had a whole section of vintage Northwest vinyl. I ended up buying a bunch of stuff from this dude, like I usually do: he's always got the best organized and priced Beatles, Doors, Zappa, and Talking Heads records, and I've learned to go through his stuff before I go anywhere else. I could've bought more from him, honestly. I stopped looking after my pile got a little wobbly. Anyway - this is a band out of Seattle who put a bunch of records out on their own label during the 70s and 80s. 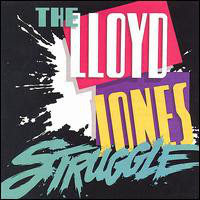 Blues guitarist out of Portland who is still active, I believe. Signed on the back to "Brian." 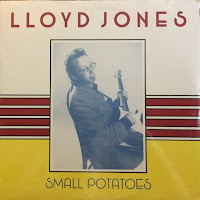 Lloyd's follow-up. This is on Portland's Criminal Records label, as was the previous one. 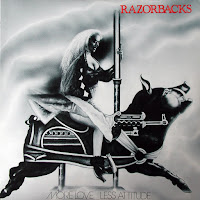 LP out of Portland on the Nebula Circle label, which is listed at being on 34th and SE Hawthorne. Here they are performing the title track. I love the internet. 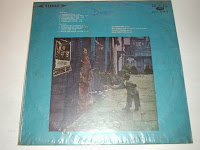 I believe this is the second Taiwanese Strange Days bootleg I own. This one uses the original back cover for the front cover and prints the full lyrics on the back - and they're impressively correct. Usually with these records the printed lyrics are wildly, hilariously off. Though on the label "I Can't See Your Face In My Mind" is listed as "I can't see your face in my mine." So that's something. 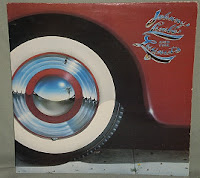 When it comes to bands I saw the most as a young child, these guys are at the top of the list. Think I saw 'em twice. Fan club address is listed as being in Wilsonville. 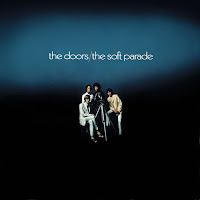 Not sure why I owned four copies of Waiting for the Sun and zero copies of this record, but that was the score going into this one. This is a mid-70's pressing, but I finally got a nice clean copy of what I consider a very underrated album from the band from Venice. 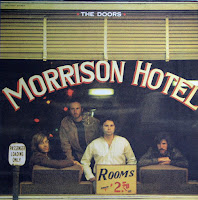 This is hard for me to admit, but I didn't own this one, either, and it's usually my favorite Doors album. But it's fixed now: this is a sweeeeeet original pressing of this - the cover and vinyl are both in great shape. And I can say that I now have solid copies of every Doors studio album. Phew. 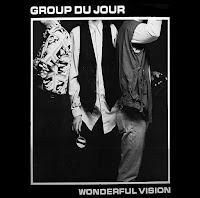 New-wave synth-pop out of Portland that I'm already liking. 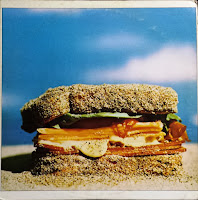 I bought this band's other LP late last year (possibly from this same dude) and I've been on the lookout for this one, their debut, ever since. It's a weird one: gatefold cover housing two slabs of one-sided vinyl. You never have to stop the music, brother. Country-rock out of Portland on an MGM subsidiary label. 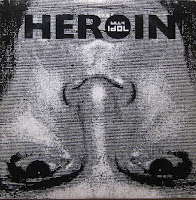 Double 12" on white vinyl with 8 ridiculous long-ass remixes of an already ridiculous song. I am all about this. I need a copy of Cyberpunk on wax, stat.

And all of those LPs were from that same guy. I had to move on. 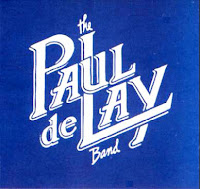 More mid-80's blues out of Portland, and also on Criminal Records. Wanting to learn more about this label. Because it's such an obvious name and has been used so many times, Discogs is a mess when trying to figure it out. 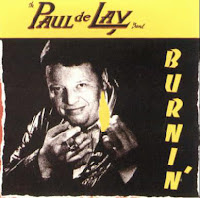 Another one on Criminal Records, and it appears to be the follow-up to the S/T LP. Red-hot blues! 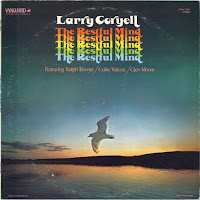 If you read this blog, you know I've become something of a fledgling Larry Coryell fan in the past year or so. Great music for puttering around my house to. Dude's a wild guitar player. Saw this one for three bucks and I didn't already have it, so yoink. 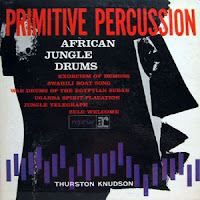 My percussion record collection is two crates deep and I'm always trying to add to it. These are going for close to $20 on Discogs but I nabbed this one for less than 5, I think. Should be a banger. 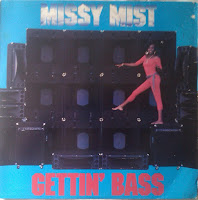 Didn't find a lot of rap records this time around, but I did grab a few. This one's direct from Miami with the boomin' bass. Contains two tracks and two "dancetramentals." Big plans to bump this thru the 24" kick in my low-rider's trunk. 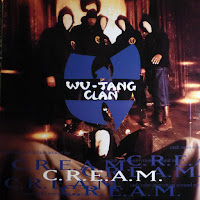 Original version of this 12". Pairs nicely with the die-cut one I paid too much for a few Record Store Days ago. Still in the shrink with that classic cover. 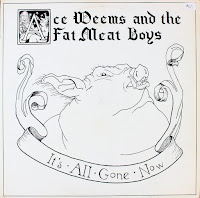 Couldn't pass this one up on name alone, but the LP is sealed, too, which is pretty sweet. Private-press old-timey blues/country out of Natural Bridge, VA. 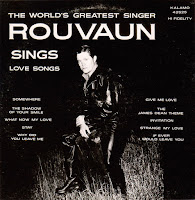 I was shocked to see that this guy actually went on to a somewhat successful recording career with RCA records, because that's a fairly bold claim he's making on the cover there, and the textbook sign of a madman. But the leather suit lets you know who you're dealing with, as does the photo on the back of him riding his Harley down Sunset. World's greatest? You be the judge. 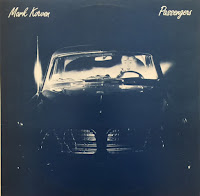 This one just looked cool as shit, so I picked it up. Private-press LP out of Canada on the new-wave tip. Bummed I can't find any clips online because it's fun, pop-fused Talking Heads-type stuff. Dude has gone on to become a very successful film and TV composer. He's listed on this one as providing "vocals, guitar, guitar & keyboard synthesizers, spray can, alarm clock." Good stuff. 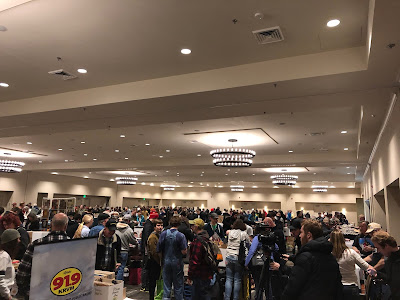 And that was it! I only had two hours to spend at the show, so I do think I scooped some stuff without thinking too much about it, but I feel good about the haul, overall. Sometimes the rap records just aren't there. But man: my NW private-press collection is becoming super legit. Fear me.
Posted by Wockenfuss at 4:20 PM

The Instant Play choice allows you to be a part of the game in a matter of seconds with none downloads and registration. This supplies instantaneous access to 온라인카지노 the complete game functionality that is achieved by way of HTML5 software program. It is a extremely convenient way to access favorite video games for gamers worldwide. To play for real cash, instant play is just obtainable after creating an account. Since most of may be} on the lookout for top-quality real cash slots with swift gameplay and HD visuals, we couldn’t look previous Super Slots and its slew of modern video games as our prime pick.