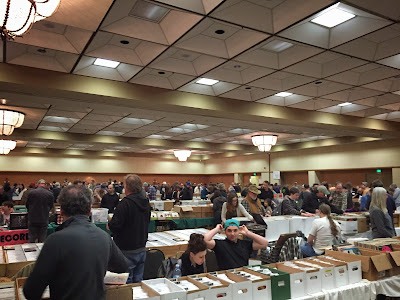 Back again, after missing it last time on account of idiocy!

The Eugene Record Convention is one of the biggest of the year, and anyone who's anyone in the vinyl game is there: the bootleg DVD guys, the incongruous old people smiling kindly while peddling their dollar records from old liquor boxes, the angry aging goth-y dude who doesn't price his records but gets pissed when you tell him you're not paying the exorbitant asking prices he comes up with in front of you on the spot - the whole gang!

I drove down early from Portland, got there at about 10:15, and stayed until around 12:45. All in all it was a good show - didn't have too much trouble finding stuff I wanted, but I also didn't leave feeling like I had to make some tough decisions. I guess that's all you can hope for - that, and a dry day so the dudes at this thing didn't get their mildew reek all riled up. Got that, too! And a bunch of records. Here's what I grabbed: 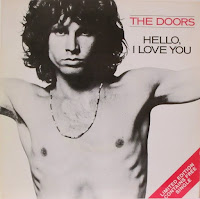 I paid a little too much for this but I'd never seen it before and I think I got excited. But in my defense it is kind of cool: a double-7" gatefold single released in 1979, featuring "Hello, I Love You" and "Love Me Two Times" on the first disc - both credited as "Taken from the album 13," which is a 1970 compilation so that is odd - and "Ghost Song" and a live version of "Roadhouse Blues" are on the second record, both taken from An American Prayer, which on the inside of the gatefold, next to original art by Jim Morrison, is referred to as An American Dream. Also, both tracks on the second single are credited solely to Jim Morrison. They just keep on making the myths, man. 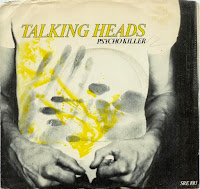 It's getting harder for me to find Talking Heads 12" records I don't have, so I've moved on to 7"s before I eventually move on to the sort of collecting that will cripple me financially and embarrass me publicly. This is a promo version of the "Psycho Killer" single, which includes an acoustic version on the B-side that was, I think, exclusive to this single. 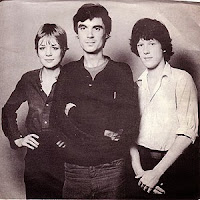 That's how they write the song title out on the label. Never seen it without the "→" before but there you go. This is another promo, and it's also the first commercial release from the band, so I'm pretty excited about this one. I think it's their only record where they're a three-piece in the photo. Stereo version on one side, mono version on the other. Radio ready! 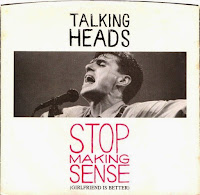 Another promo version! This one's weird, too: it has the same sleeve as the commercially released single, which says it has the non-album live version of "Heaven" from Stop Making Sense on the B-side, when in fact it has the album version of "Girlfriend is Better" on the flip, which I guess kind of makes sense. Barely gotten into these Talking Heads singles and I'm already scooping the variants. Kid's got the knack. 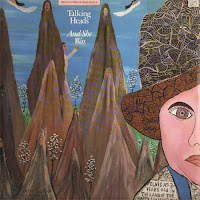 Yet another promo single from Talking Heads, though this one's a 12". I must have the UK version of this, because I've got one with a slimmer sleeve and a different track listing. This is the US version with a big fat gold promo stamp on the front. 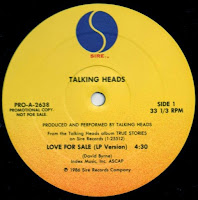 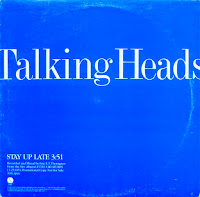 They call me Promo Boy. 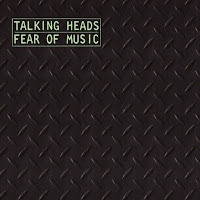 This one is not a promo, but it is a Japanese version with a gatefold cover with the lyrics in Japanese on the inside. Not bad. 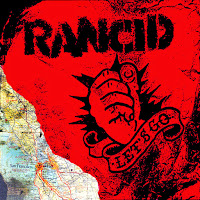 Not sure if I've ever mentioned this here before, but I think Rancid's first two full-length albums are super sweet. I fully blame my brother for getting me into them. Same with NOFX. Both great. I actually saw Rancid at the W.O.W. Hall in Eugene, Oregon, in September of 1994. I remember punk-rock girls go-go dancing on the stage and being really drunk. This is an original pressing of this record, in a gatefold double-10" on white vinyl. 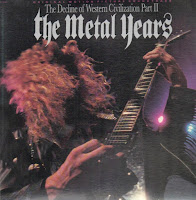 I paid a little too much for this, but I'd never seen it in the wild before and it's not really the kind of record I'm probably ever going to hunt down on eBay. Features weird little spoken interludes (clips from the film) by Gene Simmons, Alice Cooper, Steven Tyler, and, of course, Rikki Rockett. When I brought this home and looked inside the jacket I found a "U.S. Arnie" Garbage Pail Kid and two photographs of a punk-rock kid in NYC in 1997 - one in front of CBGB and one in front of a foggy cityscape while the patches on his jacket presumably flap in the wind. Those items will be staying in there forever. 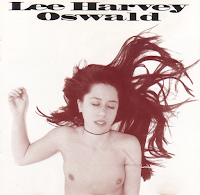 I had heard of The Lee Harvey Oswald band, but I didn't actually get into this record until a few years back. Eddie Spaghetti of the Supersuckers did a cover of the band's "Jesus Never Lived on Mars" on his Sundowner LP and it got me curious. Come to find out it's an old Rick Sims project, and Rick was in the Supersuckers right around this same time, so it all makes sense. This is some real sleaze rock, if the surgical tubing around the arm of the topless chick on the cover didn't connect those dots for you. 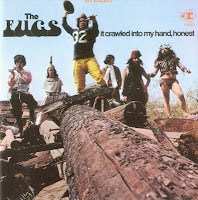 Been meaning to listen to these guys but I can't remember why. This was cheap and the cover sold me. I'm worried they're going to be a watered-down Mothers. 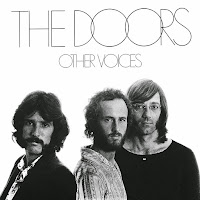 I always forget they released this 6 months after L.A. Woman and 3 months after Morrison died. Feels so far away from all that. I have never owned a copy of this record, nor its counterpart, the equally odd Full Circle. I'll buy that one someday, too. This one was a really nice copy with the original Elektra sleeve and lyric sheet intact, so I pulled the trigger. If the post-Morrison Doors albums teach us anything, it's that Krieger's got Manzarek beat when it comes to vocals. 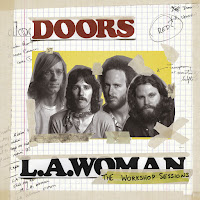 The 40th Anniversary edition of L.A. Woman came with a bonus disc that also got released as its own thing, which is this, The Workshop Sessions. Been waiting to find a used copy of this, and I finally did. This is some loose Doors music, but it's cool to hear early versions of "The Changeling" and a few others. Double LP, 3-sided vinyl with lyrics etched in the 4th, which is corny. 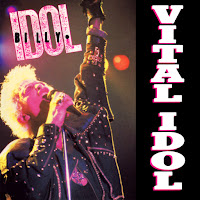 I have the original 1985 European version of Vital Idol, but that one leaves off "To Be A Lover (Mother of Mercy Mix)," which is a damn crime. This is the one I grew up with and I apparently did not own a nice copy of it but now I do. 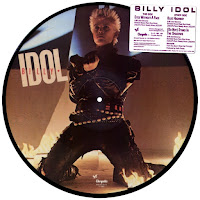 If you thought I was above buying a Billy Idol picture disc single, you were dead wrong. Was going to buy some more but after getting into it with the aforementioned no-sticker genius over a German import "Hot In the City" 12" with the original picture sleeve, things got irreparably soured for me. 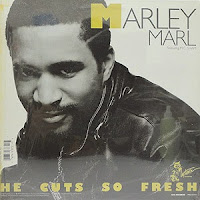 Was really excited about finding this because I'd never seen it before and now that I'm looking it up I'm finding that it's some weird bootleg. Huh. Thought the cover looked a little goony. 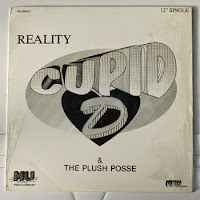 My old pals from the sadly departed Boom Wow! Records were at the show, which was great, because they've always got the best rap 12" singles. She gave me this one for free because I was buying a bunch of other stuff and she wasn't sure if it was any good. I love the DIY-ness of it all, but the lyrics end up being corny shit about praying. Oh but it'll be filed. 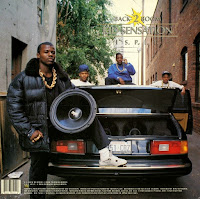 Double A-side 12" from Mix-A-Lot's prodigy, circa 1989, straight outta Seattle. And look at those Jordan IVs. This is my shit. And of course there's bonus beats. "Back 2 Boom" remains dope. 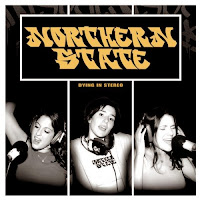 Did not expect to find this - in fact I'm not even sure I knew it existed on vinyl, though it makes sense that it would. These girls would eventually release an album on the Ipecac label that is sorely unappreciated. 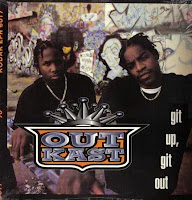 Look at those kids. Some remixed clean versions on this thing, which is frustrating. Copped this from Boom Wow! for sure. 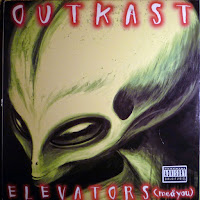 Great cover on this one. Bunch of weird instrumental versions here, too. 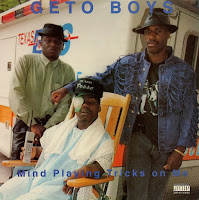 Seems like something that should be in any legitimate rap fan's collection. Thinking about getting that cover tattooed across my back. 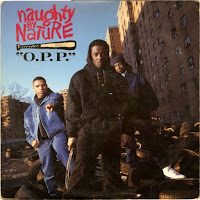 I've been snatching up Naughty By Nature 12"s for years now and I somehow never came across the one that kicked it all off. Nothing special here, just vocal and instrumental versions of the title track and "Wickedest Man Alive," but still a must-have for an idiot like me. Gold promo stamp adds to the excitement!


Another successful trip to a record show I first attended way back in 1998, if you can believe that. Next year I plan to full-on fight the no-price guy and receive a permanent ban, which would be totally worth it.
Posted by Wockenfuss at 8:19 PM