The Top Twelve Records You Didn't Hear in 2010.

Or maybe you did. Either way, I wanted to mention some albums that I considered more, for lack of a better term, "under the radar" than the ones I got to in my Top Twenty post. A list like this could go on forever, but I came up with twelve that I really like, and I'm running with it. 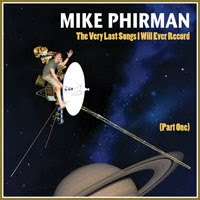 12. Mike Phirman - The Very Last Songs I Will Ever Record (Part One)

I'm not a huge comedy-rock guy, but I do occasionally enjoy a little nuttiness, especially Hard 'N Phirm. So when the Phirm half of the group dropped a solo album, I took a listen. (It doesn't hurt that I got to meet Mike Phirman last year, and he's the nicest guy ever.) Dude's a great musician, and not only does this record get the laughs going, but it also shows his adeptness at multiple musical styles, which makes the whole thing even more interesting. Tracks like "Sketchy Dudes" and "Street Meat (You Keep Tauntin' Me)" are every bit as good as their titles. 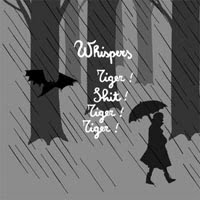 Only four songs, but this NY almost-too-hipster-for-me group gets the job done. Big melodies, driving lead guitar riffs, and drums that beat the shit out of everything. They put out a record last year (I think) called Be Yr Own Shit and I still have to give it up for such a sweet album title. I'm assuming a proper full-length will be coming soon, but I have absolutely nothing to base that on. What I do know for sure is that the title track from this EP is a song that I like more and more every time I listen to it. 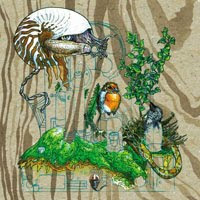 I can't even remember who hipped me to this Brooklyn alt-hip-hop duo, but I found myself rocking this on my laptop quite a bit. Honestly, I'm not 100% in on these guys - some of it strives too hard to be deep and ends up sounding self-indulgent, but the beats never slip, and the songs that do hit really get the job done. That being said, it's much more interesting than most of the other rap I heard this year. And man, these beats. They rock it. 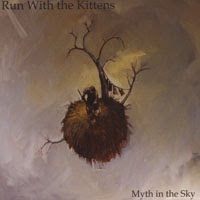 I still can't get a clear read on these guys, and it continues to make this EP more and more intriguing to me. Seems that every track adopts a different style, and though none of them seem to fit together, the whole thing works together really well. They shift between buzzy synths and almost-metal guitars in the blink of an eye, and vocals come and go without fair warning. If it all sounds really mixed up, it is. But sometimes that's cool. And here, it's definitely cool. Effin' Canadians.

Listen to the album here. 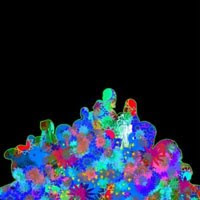 I thought this project (between rapper Onry Ozzborn and producer Zavala) would be a little too "Hey, we're underground!" for me, so I was pleasantly surprised when I enjoyed the shit out of it. Yeah, it gets a little lyrically cloudy in parts, but the production on this thing is so badass that it hardly matters. Aesop Rock's guest appearance should give you some idea of what the vibe is here, but this record makes a lot more sense than most of the stuff that dude passes off. It sounds corny, but if you're looking for something different in the hip hop realm, check this shit out. 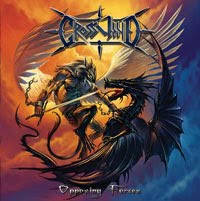 My taste in metal stretches about as far as from the "H" in Helloween to the "I" in Iron Maiden (sometimes I'll throw the "G" from Gamma Ray in there), so, yeah, I'm picky. Or maybe just lazy. The point is, I know what I like, and man, do I like this. Fairly certain these guys are Greek. Absolutely positive that they play the guitar really fast and have songs that are called "Nephilim Rising" and "Weavers of Nightmares." This record (which I think might be two EPs) continues to blow my mind. Drink a big cup of coffee and listen to this. You will flip. 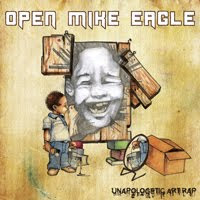 I first heard Open Mike Eagle when I saw him open for Busdriver last summer. He stuck with me not only because he worked part of Frank Black's "Thalassocracy" into his song "I Rock," but also because he gave me a free copy of his CD for recognizing that. My kind of guy. The title to this record is clearly an attempt to take a little jab at himself, but he doesn't need to make any excuses for what he does. The guy's smart, and his raps reflect that. And when so many rappers love to shy away from acting like they give a fuck, this guy embraces it. Really cool shit. 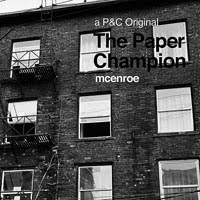 mcenroe hadn't been heard from for a few years, so I guess it's to be expected that he would ease back into releasing music with a record that contained more rounded edges than sharp corners. But don't get me wrong: I dig the shit out of this record. Heck, I was starting to think the dude might be done making music. Instead, like the rest of us, he's just growing up. And I love having some grown-ass-man rap to listen to. He's not the only one in mid-thirties still trying to be a rapper. (Cough, cough.) I'm happy the dude's back. And the bonus disc for this thing contains seven more songs than the actual album. True bonus. 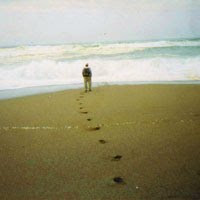 04. Coolzey - Coolzey and the Search for the Hip Hop Hearts - Volume I: He's the DJ, I'm the Rapper

How's that for a title? Coolzey undertook a huge project this past summer, tackling one song a week for 12 weeks. He hit up 12 different producers for the beats, but the rest - including a video for each song - was written, recorded, mixed, mastered and filmed in a week. Z is a lunatic, and he's probably the only person I know who could pull this off (full disclosure: he's a friend of mine). Not only did he pull it off, but these songs are pure dopeness, and the whole project is legitimately amazing in scope.

You can check out all the videos and download the entire album for free here. 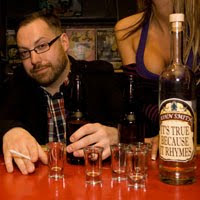 03. John Smith - It's True Because it Rhymes

The return of Sloppy Joe. Is Smitty as strong without mcenroe providing the beats? Not quite. But Murdock's beats are cool and crunchy, and even though this record's only been out for about four days, I've been enjoying it heavily. Plus, mcenroe's been talking about a new John Smith album that he's producing coming out sometime in the not-too-distant future, so if this is just a warm-up, then shit - it's a good one. Awesome song title: "You Got Issues, I'm Out of Tissues." Sums up the man quite well. 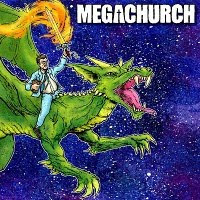 Two bass players. One drummer. A bunch of creepy religious samples. An album that was in my car stereo for like two months straight. My wife was all like, "Still?" And I was all like, "Totally." And then I turned it up and rocked out! In all seriousness, this six-song, 26-minute album is exactly what the world needs right now. I mean, come on. And when I saw that they had released it on vinyl, I couldn't but a copy quickly enough. I even got a poster of the sweet album art. Yes, I am in fanboy mode for these dudes. You should be, too. 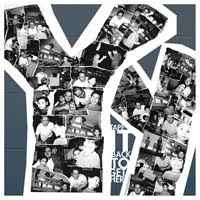 Big Yy! Apparently this record was recorded two years ago (a bit more on that here), but it's just now seeing the light of day. Whatever, as long as it's out. Not only does it make a great companion piece to mcenroe's The Paper Champion, but it's just an incredible record, all by its lonesome. "Crews Control" features Pip Skid, John Smith, Birdapres, The Gumshoe Strut, and mcenroe on one of the dopest posse cuts to ever come from the Peanuts and Corn camp (watch your back, "Butcher's Bill"), and those dudes all show up on other tracks on the record, too. But even when he doesn't have help, Yy just runs shit on this thing. The bonus disc houses a whopping 20 tracks, one of which is a cut that didn't make the record, called "Yahtzee." You know I'm down.