Three Records I Accidentally Left Off My Best of 2010 List.

Because I'm an idiot. There's probably a few more, too. Anyway, I somehow managed to forget these, and they're definitely worth mentioning. Was going to speculate on where they belong in the list, but now I've decided not to. So there you go.

I just bought this one like two weeks ago, too. Next year I'm going to keep an ongoing list of new albums in my phone or something. Anywho. El-P self-produces all his own records, and apparently dude's got beats laying around for days. This is an instrumental LP of breaks, samples, and general weirdness that feels a bit lighter than his most recent record, but not always by much. No raps here, but I have never cleaned my house so fervently as I have to this double-LP. Great packaging, too. I highly recommend getting it on vinyl. 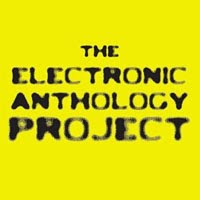 Wherein Built to Spill remix (or is it cover?) a bunch of songs from their catalog with over-the-top retro synths and put together an album that you really never even imagined would exist. Is it much more than a novelty? Probably depends on who you ask. But if they were just dicking around, they probably wouldn't have released it, so that might tell you something. And I, for one, think it's damn cool. They also anagram the shit out of the track titles: "Goin' Against Your MInd" becomes "I Dim Our Angst in Agony," "Else" becomes "Eels," etc. Strange, but a must for any BTS fan.

"What if Your Dull" 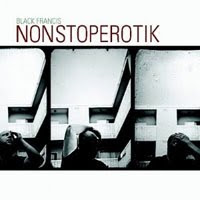 The jagged edges that Black Francis seemed intent on re-adopting on his first two solo releases are receding a bit, and it's making for a nice mix between Black and Frank. A track like "O My Tidy Sum" is a perfect example, with a slight rattle and orchestral elements that smooth it out. He's getting more ambitious with his production again, and it's making his material more compelling than it's been in a long time. Please forgive me for forgetting this one. Not sure how I did that. Should have been in my top ten. Yeah, said I wouldn't speculate, but there it was. Not going to make any other huge claims about this record, but it really is quite good. Worth checking out.