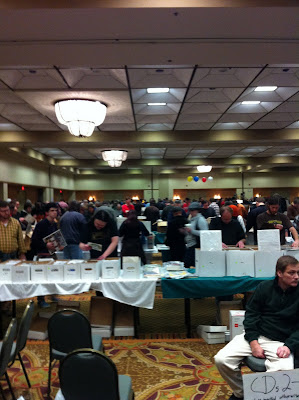 Has it been a year already?

Getting up at 7AM on a Sunday sucks, but when you've got a two-hour car ride with a good friend (who you don't see that often), followed by four hours of hardcore record flippery, it ain't that tough. I wisely bought a 32oz. Americano from the coffee shack down the street before we hit the road, and by the time we got down to Eugene, it was 10AM, the show was just starting, and I was jacked up and ready to dig in.

There's a couple guys that I always buy stuff from, so I made sure to hit their tables early. But other than that, I had no plan. So, I wandered. My friend didn't even plan on buying any LPs, but since he's the most self-sufficient guy I know, I didn't have to worry about him. He left at one point and just walked around Eugene for like three hours. And that's cool, because I like to dig undisturbed.

Anyway, I made off with a bunch more stuff than last year. In fact, I got so many records that I think I need to break my haul up into two separate posts. So, for the time being, I'll list the 7"s I bought. As an added bonus, I'm including pictures. It's the least I can do, since I don't post in this blog nearly as much as I should. 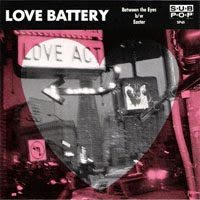 I didn't listen to much Love Battery when they were actually a band, but I bought one of their albums on cassette a few years ago and I've played it quite a bit while tooling around in my garage. 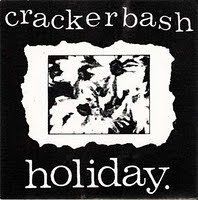 Dude had a sticker on this that said "Crackerbash debut," but that's not the case. In fact, this is from 1992, which would have been closer to the end of their career than the beginning. Strange that it says "Holiday" on the front when that song isn't the A-side, but that might have been a track length consideration. This is one o' them fancy 7"s that plays at 33, which, of course, isn't listed on the sleeve or the vinyl. But once you figure it out, there's a good amount of great music on here. 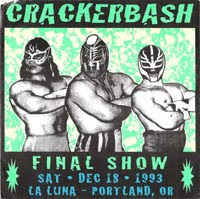 Can't figure out exactly how much of a bootleg this is. It has proper labels on the vinyl, and it seems to have been released by a semi-legit company (Humble Records). There are a few inserts talking about the label, as well as a sticker. Huh.

The sound quality is definitely bootleg. This is from La Luna in December of 1993, and features "Lon," "Back to School," "Aluminum Siding," and La-La-La." Not a great recording, but a cool mix of songs. White vinyl. 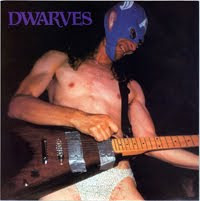 I've been listening to the Dwarves lately. Don't tell anyone. And don't you dare judge me. I'll get over it pretty quick, but for now I'm riding it out. They are just too ridiculous for me to ignore anymore. These two songs are surprisingly tame, but I think that's mostly because they're both covers. They're both surprisingly long, too. Most Dwarves songs from this era barely last a minute, but these seem to be pushing three. Maybe two. Either way, sort of a strange little record. 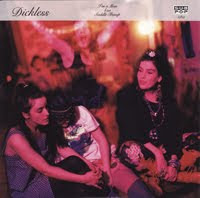 And yes, they cover the exact same song that the Dwarves do on that previous single I listed. Did not realize that until I got it home. Random.

Been looking for this. Glad I found it. Translucent green vinyl with original insert and a Sub Pop Singles Club form. 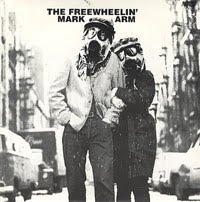 Mark Arm - "Masters of War" b/w "My Life With Rickets"

When it comes to records I meant to buy 20 years ago, this one is definitely on the list. Used to see it all the time at the local Salem record store, and just couldn't seem to pull the trigger for whatever reason. Then I didn't really see it for a long time. Then I saw it, but it was way overpriced. Then I saw it at the record show the other day, priced at five bucks, and I bought the shit out of it. 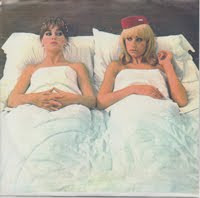 My brother got me into Sone a while back, and I've somehow managed to collect almost their entire discography since then. And I think it's cost me a grand total of 20 bucks. For three 12"s and three 7"s. Get into this band. They're great and apparently no one wants their records. I had never heard these songs before, and I am loving them. Especially "Down at the Expo." Incredible tune. 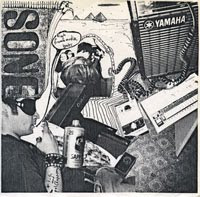 You know what I love? A 7" with six songs on it. This one features three tracks from each band (though I think Bügsküll might just be a guy) and it's nice and gritty. "High Frame Audio" by Sone is on their full-length, but I'm not sure if this is the same version or not. Nice photocopied-style collage cover. Lots of music on this thing. Plays at 33 on both sides, and packs a wallop. 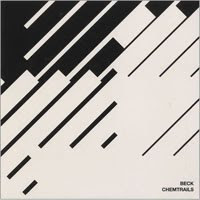 Extremely un-rare promo single for "Chemtrails" that features a really cool B-side. I've got a nice stash of Beck 7"s, and I wasn't going to pass this one up for a few bucks. Thick black vinyl in a thick cardboard sleeve. Nothing too special, but I'm glad to have it.


And that's only the singles. I'll try to break down my LP haul in the next day or two. Get ready for the randomness.
Posted by Wockenfuss at 10:23 PM

Wow, that Mark Arm single is one that I would gladly get my hand on!

Those are cool records, good finds!!