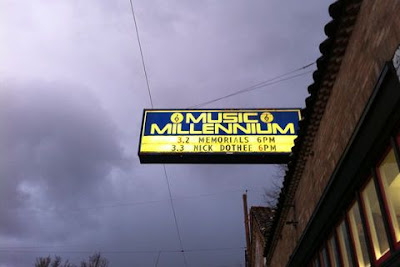 Yep, just doing my part. This is the rationale I'm using for the amount of time and money I've been spending there lately.

While I've been known to scour the bargain bins at Everyday Music, I realized I really only go there because they're open late. I much prefer Music Millennium. Not only is it a Portland institution, but the people there are always really nice, they do a great job with special orders, and they keep their stock well-organized and easy to look through. Their prices are reasonable (especially for used stuff), and I always feel good about spending my money there.

And I've been doing a lot of that lately. But it's all for the good of supporting not only a record store, but my favorite record store, and a treasured local business. I'd really be a dick if I wasn't spending all the money I can there. Right?

Oh, the things I tell myself. Anyway, I just got back from picking up some stuff I special ordered from there, so I figured I'd blog it out. Extra bonus from tonight's excursion: they're having a 20% off all vinyl sale this week. Again: I'd be crazy not to take advantage of a deal like that, right? Right?

Here's what I picked up. 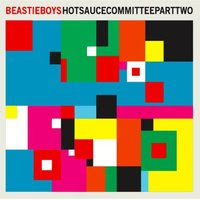 I may never love the music on this record as much as everyone else seems to, but man, the Beasties never disappoint when it comes to putting out vinyl versions of their releases. This thing is amazing: A bulky gatefold cover that houses two 180 gram slabs of white vinyl, a bonus 7" (also on white vinyl, with a vintage-looking Capitol sleeve and label), a t-shirt iron-on, thick inner sleeves with complete lyrics, and a code for a high-quality digital download of the entire thing. I guess this is the reason thing only came out on LP a few days ago. It's pretty. And the price wasn't outrageous.

Other nerdy things worth mentioning about it: It came in one of those plastic sleeves with a perforation along the top, so you just tear that part off, and you've already got a protective sleeve for it. Also, the inner sleeves have the opening on the side (instead of the top), which is the way all LPs should be if you ask me. And, the lyrics are color-coded, with a key indicating which color text goes with which member of the group. Seriously: well done. 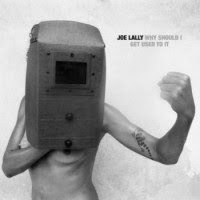 This came out in April, and since I'm apparently really clueless, I didn't find out about it until a few weeks ago. I've been listening to it on Spotify, but I was jonesing to purchase it so I could really dive into it. This is the third solo LP Lally's put out since Fugazi went on hiatus, and he's done a great job of advancing his sound on each one. I can't say too much about this one because I've only heard it a few times, but it seems more revved up than his previous work, which is cool. If you're looking for something different than anything else you're listening to, give ol' Joe a shot. Also came with a free download of the album. 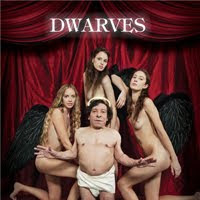 I thought the doo-ragged woman behind the counter at MM might look down her nose at me for this one, but instead she said something like "How great is it that the Dwarves are still putting out records?" I agreed with her. A guilty pleasure of mine, but a pleasure nonetheless. This came with an insert with a collage and full lyrics, a digital download, and a DVD that, in girly writing on it, says "Dear Blag, your balls are huge!" Yes, it's all very mature. 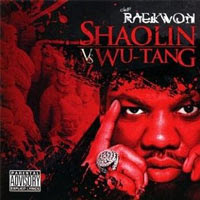 I've been listening to this album for months, so I figured I should probably pony up the dough for the vinyl version. Never saw it in any stores, but MM was able to order it for me. Double LP, clear red vinyl, no credits to be found on it, and no download included. Fairly bare bones, but I'm glad I got it. Good album, but not as good as his last one, which is why people are probably treating it like a slight disappointment. But they shouldn't. It's solid. 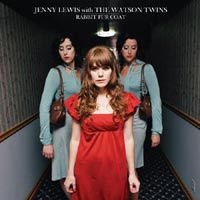 Wow, has it really been five years since this came out? I think I bought this for my wife-back-when-she-was-my-girlfriend when it came out, because we have the CD. Found it on LP tonight used, and the price was already right, but with the additional 20% it was very right, so went for it. One more CD replaced with an LP, and one more CD I can trade in for a DVD or something. It's the circle of life. 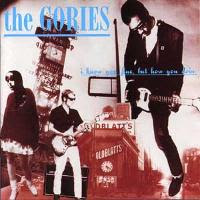 When it comes to bands that make me look cool for being into them, The Gories are right up there with Royal Trux. Truth be told, I only got into The Gories because the Supersuckers covered two of their songs: "Nitrogycerine" and "The View from Here" (that one's on the Junkyard Dogs album). I'm not a big garage rock guy, but I do dig this record. I've never seen it priced as low as it was tonight (six bucks...?), so I grabbed it. 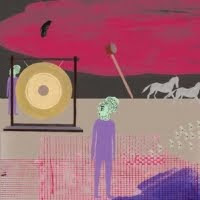 I keep a list in my phone of LPs I need to buy, and this one has been #2 on the list, right under Surfer Blood, for about a year. Can't really remember why. You know those records where you'd gladly pay eight bucks for it used, but there's no way in hell you're paying 12 for it new? This was one of those. (I think the Surfer Blood one might be, too.) I've been keeping my eye open for a used copy for a while, and I finally found one tonight. Includes a big fold-out poster printed on newspaper stock with scrawled lyrics. No track listing on the cover, and the name of the band and album only appear on the spine. Bold move.

All right. I've purchased other records from the Millennium lately, and I'll talk about that stuff in another post soon.
Posted by Wockenfuss at 10:07 PM