Last year I did 12 of these, and put them in countdown form. This year I've got an even ten of 'em, and I'm going to put them in alphabetical order because this isn't a competition. Instead, this is where I get to tell you about left-of-the-dial records that I happened upon that might have slipped by you. Or maybe you're cool enough to have heard of all these. If so, congrats. If not, maybe you can find some great new music for yourself here. 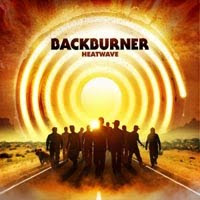 Featuring a sizable gang of Canadian rappers who pride themselves on their stylistic diversity, this album has been years in the making and was well worth the wait. It's basically posse cut after posse cut, and though some songs pick a subject and stick with it, the best tracks here are the ones that just feature the dudes tackling their allotted bars and trying to make the most of their limited time to shine. You can buy this album on the cheap right here.

"Straight Out the Vault" 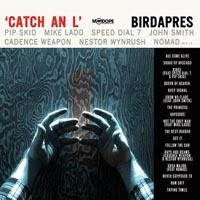 It had been 4 years since Bird's debut solo record, and the dude clearly spent the time writing the most dense rhymes of his life. Old pals Pip Skid, John Smith, and Nestor Wynrush show up on this bad boy, and though I always prefer all of those guys when they're rapping over mcenroe beats, this record still manages to hit hard, even if some of the samples used are a bit brash for my tastes. Bird's got a mellow steez like no other, and this one's a creeper. Download it for free and give it a go. 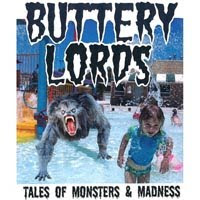 My boys! The Lords dropped this sweet EP around Halloween, but these are songs that can't be contained by a single season, holiday, year, or epoch. With jams about werewolves, ants, mental deficiencies and a lot of other stuff that might make you wonderfully uncomfortable, the only complaint I have about this collection is that it's too short. You can download it here for mad cheap, but I suggest that you go all-out and get the hand-numbered deluxe edition with the activity book. It's well worth it. 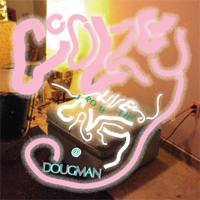 This just came out and I've barely listened to it, but I like to give a shout-out to the Z-man whenever possible. The most noticeably significant thing about this record? It ain't hip hop. Z seems to have picked up the guitar (which he often does, but not usually under this moniker) and crafted some indie-pop-ish tunes on the semi-lo-fi tip. I've only spun this a few times, but I've liked what I heard. Name your price for it here and support the man. 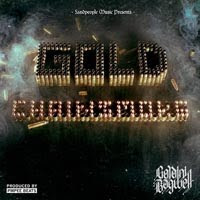 This is another one that just came out, and another one from a guy that I'm friends with, but I've been bumping this hard in the ol' Volkswagen for the past week straight and I have no trouble vouching for the stone-cold dopeness of these 14 tracks. Gold's a member of Portland's Sandpeople collective, and though he's participated in projects outside the crew, this is his first proper solo record. Taking it even further away from his comfort zone, the beats are provided by Finland's Pmpee Beats, and they're huge. Buy this thing here and love the shit out of it. 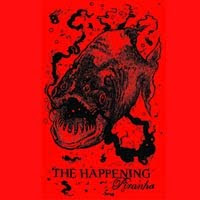 I picked this cassette up on a whim a few months ago, and the more it shuffles through on my iPod, the more I love it. Taking on 90's grrrl-rock is a slippery slope, but the sincerity here makes it clear that these aren't ladies imitating a style; they're just some people picking up instruments and playing some raw, rugged rock songs. I keep meaning to go see them live. Buy this cassette (it's purple, even!) right here, or get the digital version if you're all futuristic. 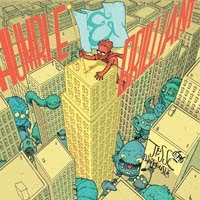 Jesse's part of the aforementioned Backburner crew, but he's the kind of rapper who needs a solo record to spread out and say everything he needs to say. He gets the job done here, over thudding kick drums and wicky-wicky scratches that sound in-your-face true school at this point. J's a purist, so it totally works, and so do all the songs on this thing. Listen to it and/or buy it here in all kinds of different formats, and even get it with an accompanying chapbook. 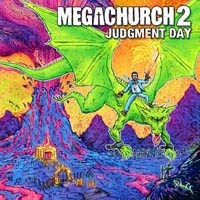 Lucking into this fuzzed-out, double-bassed, instrumental trio from Cleveland has been one of the best things that has happened to my ear holes in the last few years. Their sophomore effort picks up right where their scorching debut left off, shoveling on the sarcasm without even uttering a word. These eight tracks are all gems, representing some of my favorite music to blare when I don't feel like listening to some chump try to sing. Go here and take your pick from digital, CD, or take the cool-guy route (like I did) and grab the limited-edition vinyl. You'll be glad you did. 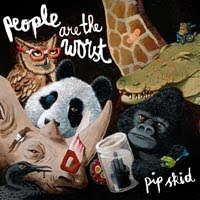 Pip Skid - People Are the Worst

Besides being a lock for Best Album Title of the Year Award honors, this 10-track collection features a gang of guest spots, some huge-ass hooks, and Pip sounding as pissed as ever, which is always satisfying. There's not a ton of cohesion to the beats here, but somehow that makes the whole thing even more fun to listen to. Pip shifts with the feel of the tracks, and shows some surprising dexterity. Best of all? You can download this for free right here. 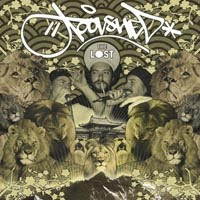 These guys also run with the Backburner crew, and they also can rap their asses off. This is forceful gang of tunes that makes me bob the ol' noggin without fail. I'm a sucker for dudes just flat-out dropping lyrics over beats and eschewing all the nonsense, and these guys are good at it. They'll drop a hook, but it's the verses that shine all over this thing. Check it out for yourself here, and pick it up if it suits you.