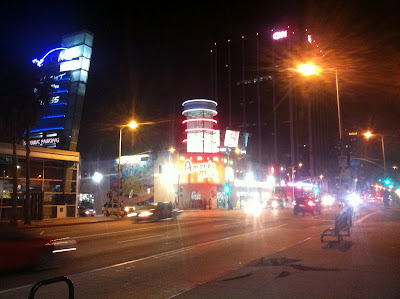 I hadn't been to Amoeba in a few months, so I guess it shouldn't be too surprising that I ended up back down there. For a dude who doesn't live in the state, I do a really good job of raiding their racks. In the past few years I've gone from being overwhelmed and in awe of the place to knowing exactly what I'm going to do when I get in there. It's nice. Still, I always leave feeling like I didn't get to look through all the stuff that I wanted to, but I think that'd be the case unless I dedicated like three eight-hour days to the place, which I plan to do at some point.

As usual, I was in Los Angeles for work, so my free time was somewhat limited. I got into town on a Wednesday evening, and by the time I got myself situated and settled at my hotel, it was past 9, and Amoeba closes at 11. It's about a 15-minute walk to get there, so I was on the verge of just waiting, but I already had plans for Thursday night (comedy at the UCB Theater, which was awesome) and I was leaving Saturday right after I got done working, so that would only leave Friday if I didn't get over there.

So, of course, I gave in and speed-walked over there and spent a quick hour flipping around. I didn't get much, but I picked up a few gems that managed to quell my urges until Friday, when I spent about four hours there.

I didn't get a lot of 7"s this time around, which is worth mentioning because I usually come home with a fat stack of singles. It wasn't for lack of trying: I hit the 7" section as hard as ever; they just didn't really have much this time around. So, that was kind of a bummer, but it just meant I'd have to make up for it in 12" records, which I did.

Here's what I got, starting with the 7" records that I did purchase: 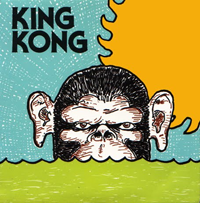 I contemplated buying this record the last time I was at Amoeba, but I had already scooped up so many other singles that I couldn't justify it. Since I wasn't having a whole lot of luck on this trip, I was glad it was right where I left it a few months back. This is King Kong's first release, but this is the Drag City reissue of what I think was originally a self-released single. It has three songs: "Movie Star," "The Camel's Walk Song," and "Chicken Shit," which is almost-six-minute, rambling tune that is pretty damn sweet. Also sweet: this cover art. 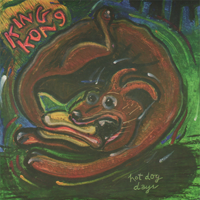 King Kong ain't for everyone, and this single really reminded me of that. In fact, sometimes I wonder if I'm more infatuated with the idea of King Kong than I am the actual music. "Red Hot Lovin'" from this single is just flat-out goofy, and it sounds really dated, which I guess makes sense, but man: it's a rough one. "Hot Dog Days" is a four-minute instrumental that is much more appealing, and again: the cover art on this one is top-notch. These two singles were right next to each other and I couldn't get one and not the other. You understand. 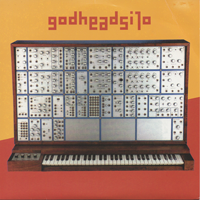 My brother turned me on to godheadSilo probably 15 years ago, but it didn't really click until the last few years, and they've since become a band that I just can't get enough of. I've managed to pick up a decent little collection of their stuff on vinyl, and this is the most recent addition. This is one of those records that I see on eBay but have held out hope that I'll find it in a store. I did. For three bucks. It pays to be patient. Four songs here, and they are all nuts. The title track is the album version from Skyward in Triumph, which I also recently picked up. Sweet noise. This is the first Velocity Girl single, recorded when they still had their original lead singer, Bridget Cross. I don't think this is the rarest record in the world, but I'd never come across it before, so I was happy to find it for a few bucks. It still has the original insert in it, and the cover and vinyl are in solid shape. The B-side is "Always," and both songs, while not sounding exactly like Sub Pop-era VG, definitely don't sound too different, considering the different singer and the fact that it's really early stuff. 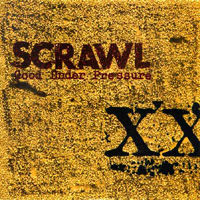 I didn't even start listening to this band until last year, and now I can't seem to make a record-shopping trip without finding some of their music. I never have to spend much for their stuff, which is also a plus. The title track from this single is one of the best songs I've heard from them, and the other one, "Chaos," is also strong, and much more aggressive. Big drums and bass. I'm into it. 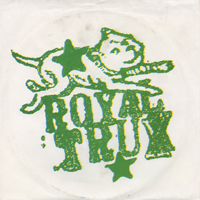 This is a weird bootleg, but also a very typical one in that it gets the date and the names of the songs wrong, and is on a blank-labeled piece of clear vinyl. I'm not a big bootleg guy, but I had never seen this one before and it was six bucks, which I thought was reasonable, so I decided to get it. The recording is decent enough, but the record skips badly in a few places, even though I can't find any dust, dirt, or other debris on the vinyl. So, probably just another way in which it's a typical bootleg. So, not super excited about this one, but I don't regret getting it. If that makes sense. 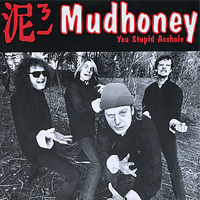 I've had this record for 20 years, and I've always known there were a bunch of different versions of it, so when I came across one where the red (as seen on the left) was purple (not pictured, because I don't feel like scanning it) and cost two bucks, I thought I'd get it. I can't figure out what the deal is with this record. It's not foreign, and other than the dark purple on the cover, it seems identical to the one I have. So, picking this up was really nothing more than a nerdy collector move. I'm comfortable with that. 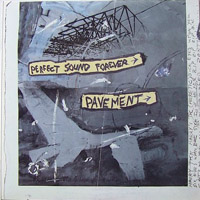 This is the EP Pavement released right before Slanted and Enchanted, and all these songs would eventually end up on the Westing, By Musket and Sextant compilation that Drag City released in 1993. I'd never seen this 10" in a store before (I don't think...), and though it's not the most rare Pavement record, it's not something that even shows up on eBay that much - for a reasonable price, at least. The vinyl on this one has some light scuffs on it, but the record plays fine, and the cover is in good shape. Most importantly, they weren't trying to get gougey with the price, so I snatched this shit up.

All right: it's all 12" records from here on out. More to come soon.