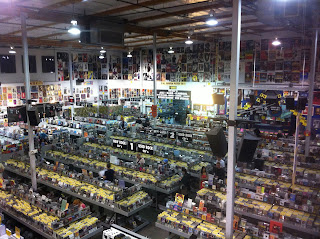 It turned out that I happened to be in L.A. the weekend of Record Store Day, and I was initially really excited about this, because my work days didn't start until 10AM, and I figured Amoeba would be opening early for the occasion. I was looking forward to pulling myself out of bed at 5AM and setting up camp on Sunset Blvd. with a bunch of other weirdoes. Seriously.

But, it turns out that while Amoeba definitely goes all-out for RSD (I saw hundreds of stuffed goodie bags sitting behind the counter on Friday night), they don't adjust their hours. I asked the clerk, and he informed me they wouldn't be opening until 10:30AM, which is their normal time. So, that was a bummer. Not only did I not get to do RSD at Amoeba, I didn't even get to do it all this year. But, it just meant that I had to make the most of my Friday night there, and I did.

Here are some of the 12" records I picked up, in no particular order: 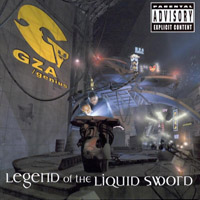 I thought that I had this on CD, but I don't. I've had it in my iTunes for a while, so it turns out I'm just a liar and a fraud. Thankfully I was able to remedy that with this sweet purchase. This 2xLP is a perfect example of why Amoeba is great: If this record were to turn up in Portland, it would be priced at at least $20, and a big deal would be made about it rarity and Wu-Tang-ness. This was sitting in New Hip-Hop/Rap Arrivals section at Amoeba, priced at 10 bucks. It's in awesome shape and even has the original promo sticker on the front that refers to GZA as "the leading lyricist of the Wu-Tang Clan." Sweet. 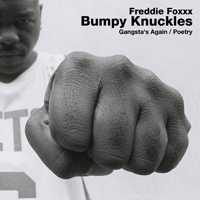 I'll pick up a Bumpy Knuckles 12" in a heartbeat if I don't have it, even it's one like this where I already have the songs that are on it. I think this must have been released right before his Konexion album came out, because both of the tracks here (the B-side is "Poetry") are from that record, and in true hip-hop 12" form, there are dirty, clean, instrumental, and a cappella versions of each. So, I guess technically I didn't have all this stuff, but it's not like I'm going to be rocking the clean version of "Poetry" anytime soon. Still: how awesome is that cover? 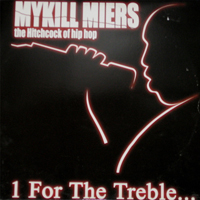 Now this is my kind of rap 12". Like the Bumpy Knucks one, this was a single released in anticipation of a full-length - Mier's 2001 LP The Second Coming - so it features two tracks that would end up on that album, but he also throws in a non-album cut, the badass "You Don't Wanna..." (Apparently Miers was really into ellipses in '01.) The other track included here is "Get it Right!" which, along with the title track, is a good one, so this thing is front-to-back solid. If you skip past the clean and instrumental versions. 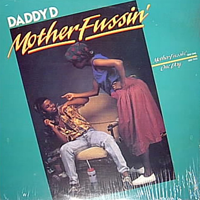 I bought Daddy D's "Coming Right at You" 12" a while back for no good reason and didn't particularly enjoy it. So, when I saw this single, for a song that is also on the first 12" I bought, I felt like I needed to get it, which makes little sense. I think was just so floored that this guy actually had another single, and also realized that my chances of coming across it again were not good. Plus, I am somewhat infatuated with his blatant Fresh Prince biting. Turns out this one came before the other one I have, so I'm finally putting together D's origin story. It's not very interesting. 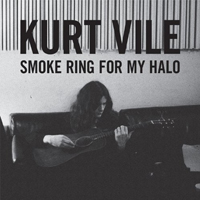 I saw Kurt Vile open for Thurston Moore last year and I wasn't too impressed. I didn't hate his set, but it just sounded murky and sluggish to me. I can't remember what made me decide to reassess the dude's music, but I'm glad I did. I borrowed a copy of Smoke Ring for My Halo from the internet last month, and much to my wife's chagrin, it hasn't left my car's CD player since. I'm still surprised I like it: it's definitely not the sort of stuff I gravitate toward, but I've been obsessed with this record. So, I knew that I needed to buy a copy to make it official. And I did. 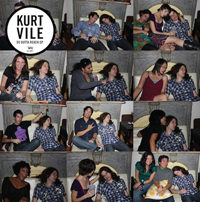 This is an EP of songs recorded, from what I understand, during the same sessions as Smoke Ring for My Halo, so I figured I might as well give this one a go, because chances are I'll enjoy it, too. I've only listened to it a few times since I bought it last week, but it definitely sounds like a logical continuation of the Halo stuff. Vile also does a cover of Bruce Springsteen's "Downbound Train," which I'll have trouble comparing to the original because I only know like five Springsteen songs and for some reason I'm proud of that. Though I'd never admit that in mixed company. Might get a punch in the mouth. 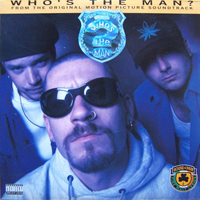 House of Pain singles aren't especially hard to come by (though their LPs are, which is annoying), but it's wise to snatch them up when you see 'em. I hadn't ever come across this one before, and I was giddy about finding it. Turns out there was only one song here that I didn't have, the "T-Ray Remix" of "Put on Your Shit Kickers," but I'm cool with that. This single was released in the year in between House of Pain's first and second records, and the title track would end up on Same as it Ever Was, which I think is kind of weak. But whatever. This is a sweet 12". 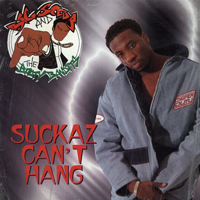 I may have been more excited about finding this than anything else I came across this time around. I've talked about my love for Scoob Lover on this site before, and though his solo stuff (without Big Daddy Kane) is never quite as great as I want it to be, there's a lot more of it than I first realized and I'm looking forward to tracking it all down. The other track featured here is "Booty Bandit," and there's also a two-minute live clip of Scoob "freestyling" with Big Daddy Kane from Madison Square Garden. This was when Scoob was still doing his high-pitched voice, which was confusing yet awesome. This is my second Big Scoob 12", and I'm looking forward to getting more. I really want to find the one he released in '92 with Scrap Lover. It'll happen.

OK: That's it for this round. More coming soon.
Posted by Wockenfuss at 12:43 AM