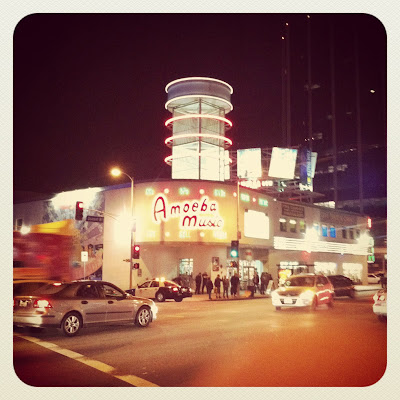 I mentioned in a previous post that I was getting ready to go down to the L.A. area for work, and last week it happened. I was staying in Anaheim, but with the help of a rented GMC Terrain and a soundtrack provided by old-school (or "back in the day," as they call it) hip-hop station KDAY, I made a Thursday-night trek from the wholesome, clean community of right-next-to-Disneyland to the dirty, piss-reeking sidewalks of Sunset Blvd.

After scarfing down my traditional pre-flipping fuel of Baja Fresh nachos - and seeing two people get arrested during the course of my meal (you can see one of the cop cars in the photo up there) - I rolled into Amoeba around 8 and ended up staying till a little after 10. I had planned to push it till their closing time of 11, but I had to get the hell out of there before I spent any more money. I had plans to hit some other record stores while I was on my California trip, so I needed to restrain myself. More on my other vinyl adventures later. For now, I'll tell you about what I grabbed from the hallowed grounds of the greatest record store I've ever been to. I'll start with the 12"s. 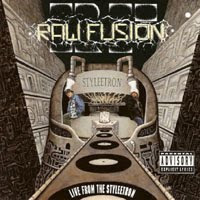 I bought a Raw Fusion 12" single during my last hometown vinyl excursion, and I also mentioned that I was going to attempt to hunt down this LP as soon as possible. And look at my followthrough. I actually remembered to look for it (which is somewhat rare for me - I usually blank out when I'm in the store), and there it was. It's got a cutout notch in the spine, which isn't ideal, but otherwise it's in great shape, and it was reasonably priced, so I'm good with it. 12 tracks of Money B straight flowin'. If anyone's got a digital version of this, hit me up. I couldn't find one (damn you, RIAA!) so I digitized it myself and I think there might be a skip in there somewhere. And that just won't stand. 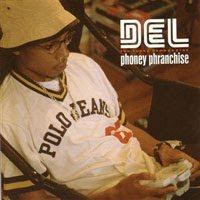 A while ago my brother gave me the 12" single for Del's "If You Must," which is on Both Sides of the Brain, the same album that this song is from. I'm a fan of that record, so scooping up this six-song single wasn't a tough call to make. I love a 12" that doesn't even bother to include the album version, and that's how this one rolls. It includes three different versions of "Phoney Phranchise": a "Del Mix," which uses the same beat as the LP version but features an extra minute-and-a-half of Del rapping at the end; a "Domino Remix," which uses a different beat but also includes the extra verses; and an instrumental version of that remix.

Side B features the album and instrumental versions of "Press Rewind" (also from Both Sides of the Brain) and an at-this-point unreleased (I think) track called "Master Minds" featuring Tajai from Souls of Mischief. And Del's playing Dreamcast on the front and back covers, which is pretty funny. I remember him always talking about how sweet he thought that system was. I never played it. 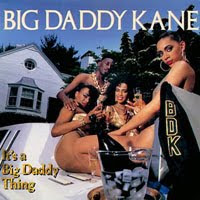 It's almost embarrassing that I didn't already own this on LP. It's one of my favorite rap records ever, and I've owned it on both cassette and CD; I just never came across it on vinyl and have been putting off eBaying it. In retrospect that worked out fine, because this copy is sweet. I don't usually geek out too hard over the condition of LPs, but this one is basically brand new. It's a promo copy, so it's got the gold stamp on the bottom-right corner, but it's also got a sticker on the front with a short list of "Recommended Radio Cuts," which is pretty cool. This was the most expensive record I bought at Amoeba, and I'm totally fine with that. Seriously: squeaky clean. 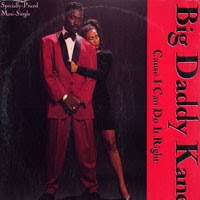 This is the maxi-single for the leadoff track/first single from Kane's follow-up to It's a Big Daddy Thing, the awkwardly named Taste of Chocolate. This was the beginning of Kane going off the deep end with his ladies man schtick, so as you probably already surmised, the "It" in this song is bonin'. Still, it's a pretty good song, and I'm buying the shit out of Big Daddy Kane 12" singles whenever I see 'em. Nothing exciting here, though: just the album and instrumental versions of the title track and another song from Taste of Chocolate, "Dance With the Devil." This is also a promo version, and it's got the gold stamp and a sticker that advertises that this single is also available on cassette. 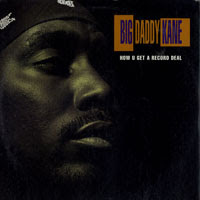 This track was the first single from Kane's underrated I'm-from-the-streets-now LP Looks Like a Job For..., and though it's a sweet song, it's definitely a weird choice if they were aiming for radio play. I'm sure they figured that out when it went nowhere. This is the maxi-single for it, featuring six tracks that aren't too notable. There's the album, clean radio edit, and a cappella versions on Side A, and an instrumental version on Side B, along with album and instrumental takes on "Here Comes Kane, Scoob and Scrap," which is also a really awesome song, featuring a rare verse by Scrap Lover. So, this is another one that's more for show than anything else, but it looks damn good. 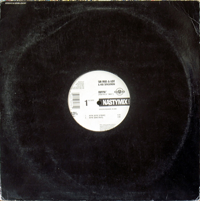 I'll go to my grave claiming that pre-Mack Daddy Mix-A-Lot is some of the best rap music of the 80's, and tracks like this are proof positive. I've been talking about how I'm trying to amass a complete collection of Mix's early 12" singles, and this was one that I didn't have. The plain-black sleeve isn't the most exciting thing in the world, but this single includes a five-minute "Rippd' Up Remix" of "Rippn' (feat. Kid Sensation)," as well as an almost-four-minute track called "Rippn' (Bonus Beats)" which, as you might expect, is completely instrumental, aside from a weird shout-out to a local DJ from Mix at the end. And the song doesn't base itself too much off the original track, which is cool. The B-side features the album version of "Attack On the Stars," as well as a really sloppy a cappella. Weird inconsistency on this one: the "Rippn'" side is labeled "1," and the "Attack On the Stars" side is labeled "A." You're wild, Mix. 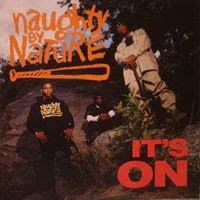 This was the follow-up single to "Hip Hop Hooray," and it never stood a chance of surpassing that track's success, especially since there were other arguably stronger cuts from 19 Naughty III ("Sleepin' On Jersey," anyone?). That almost makes me like it more. Anyway: this is a solid single, and another one that doesn't mess with wasting space on the album version, though the first track, a remix by the group's own Kay Gee, doesn't sound a whole lot different from the one on the LP. An instrumental of the remix is also on Side A, and Side B features a bouncy Beatnuts remix, an a cappella, and a Pete Rock remix of "Hip Hop Hooray," because they weren't going to let that one go quite yet. It's actually an interesting take on the track, so I'm cool with it. 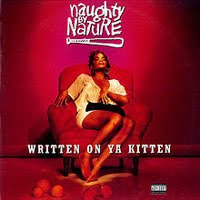 This was the third and final single from 19 Naughty III, and again, I don't think it's one of the better songs on the record. Still, I guess they were due for the wide-release slow jam, and this one definitely fits the bill. It also makes for an interesting 12". Side A includes a "QDIII Radio Edit" (apparently that's Quincy Jones' son) that has a different beat and is a bit shorter than the LP version, a "Q-Funk Radio Edit" that sounds a lot like the previous radio edit but seems to have some more synths, and an instrumental version of the Q-Funk track. Side B has a "Shandi's Smooth Radio Edit" which is indeed much smoother, and vocal and instrumental versions of the song "Klickow-Klickow," which would also show up on their next release, though the one included here is 40 seconds longer. Haven't delved deep enough yet to figure out where those 40 seconds come from. Oh, and this one's a white-label promo with a stamp on the back. 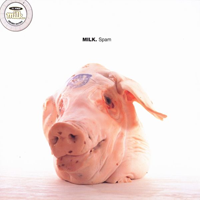 I was really excited to find this because I love this track and I've always been somewhat intrigued by the weird-ass album that it comes from. It wasn't the cheapest record I bought at Amoeba, and if I'd inspected it a bit closer I may have passed on it, but I did not. Aside from a cutout notch on the spine, it's in sweet shape (still in the shrink, even), but out of the six tracks on it, there's only one that I'm really excited about, and that's the remix that leads off the second side. Other than that there's just album, radio, and instrumental versions of the original track, an instrumental of the remix, and an a cappella. So, not too crazy. But this is another one that'll look damn cool on the ol' shelf.

OK, I think that's it for the 12" records I picked up. Not too many full-lengths, huh? Not sure why. I'll be back soon with the long-ass tale of the 7" records I bought. There's some good stuff I'm looking forward to bragging about.
Posted by Wockenfuss at 12:53 AM