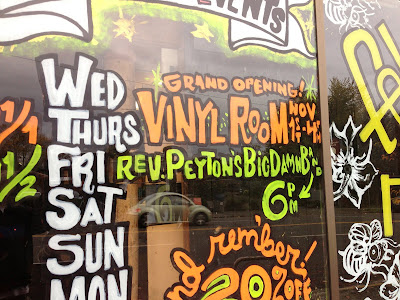 I've been doing a pretty good job of keeping myself in check when it comes to vinyl purchases as of late, so I was due for a day of unrestrained idiocy. When I heard that Music Millennium was throwing a grand-opening celebration for the official unveiling of their new vinyl room (formerly Classical Millennium), and that all new vinyl would be 20% off, I saw my window. There were some new releases I'd been meaning to buy, and, you know, while I was there I figured I should probably rifle through the used stock, too.

It ended up being a pretty short trip, because I found way too much stuff way too quick and had to pull myself out of there before things got problematic for the ol' pocketbook. I did manage to spend enough to earn myself a free dozen Voodoo donuts (part of a promotion MM was running for the grand opening), which we don't eat, so the wife and I were able to pass that on as a gift. Winners all around.

The new space is great, by the way. The aisles are a little cramped in the back part, where the majority of the used LPs are, but whatever: it's a record store. I've seen - and spent hours in - much worse conditions. And, it's a big step up from the deep-rowed, overcrowded situation they had going when the vinyl was upstairs. I'm into it.

Here's what I bought: 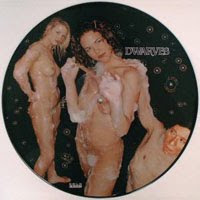 They had this priced a little high, and I already have the standard version of it, but I'm a sad human being who can't pass up a hand-numbered, limited-to-2000 picture disc, especially when it has alternate, Dwarves-y artwork. And, I've seen it priced higher than what I paid for it, so I was cool with it. 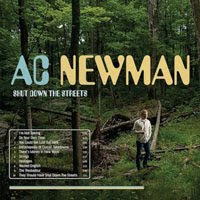 You may recall that a few months back, when I was in Philadelphia, I picked up Newman's 2004 LP, The Slow Wonder. I've been enjoying the shit out of that record, so when I saw that he had a new one coming out, I made a note to look out for it. The Millennium had it, and since it was new, it was on sale. I've only listened to it once, so I can't say too much about it. But I fully expect to at least like it a lot. The dude rarely disappoints. And I could use more upbeat, melodic music in my life. I've been listening to some dark shit lately. 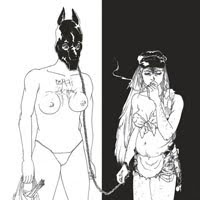 Speaking of... I didn't get Death Grips when I first heard them, and I'm still not sure I do. But I do know that I've been listening to all three of their releases quite a bit, and it was high time I ponied up some money for one of them. And, seeing that this is the only one that it's actually possible to get a physical copy of at the moment, this was it. It was a little on the pricey side, but the packaging is nice and the vinyl is mad heavy. And it makes that Dwarves cover not look so troubling. 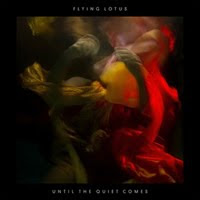 This LP is neck-and-neck with the new Cat Power record for the award for Nicest Packaging on an LP I Bought in 2012. And this is just the standard version. There is a deluxe edition that looks like a thickly packed photo album. That one was out of my price range (I'm not deep enough into the Lotus to take that plunge), and even this one was a little steep. But I've really been wanting to hear this record, so made it happen. It's definitely different than the other stuff from him I've heard, but so far it's making for some great headphone music. 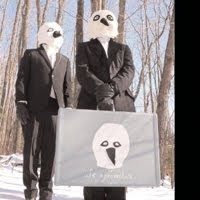 This seems to be the most common slab of vinyl available from the TMBG catalog, so I'm assuming this isn't their greatest record. It's actually one of the only ones (aside from their kids music) I don't think I've heard. I'd been waiting to find it used, and I finally did. I don't have high hopes for it, but even a bad record from this band won't be bad-bad. It'll just be not-as-good-as-John Henry bad. And the creepy cover art continues. 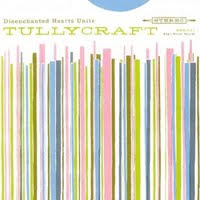 I really only know Tullycraft from mixes my brother had made me over the years, and there's one thing I can unequivocally say about the band: they're maaaaaad wussy. Google their name and the word "twee" pops up way too much. So, I think it makes a nice companion to some of the more brutal stuff I picked up this time around. It's even on pink vinyl. Awwwwww.

And, that's what I picked up at Music Millennium. But, I've got a couple of bonus items I got on the same day that are worth mentioning: 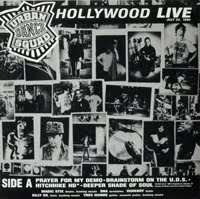 I rarely look at LPs when I'm at Goodwill, because two bucks is too much to pay for most of that riffraff, and I just assume that the Portland cool guys pick through that shit on an hourly basis, so there's not much left for buzzards like me. Glad I looked this time. I hit one of the Goodwill Superstores here in town after I left Music Millennium, and I found this gem, mixed in with all the usual crap. It's a promo-only live EP, featuring a show in Hollywood on Side A, and a show in the Netherlands on Side B. And, each side features a non-album track. Pretty damn sweet. And definitely worth two bones. 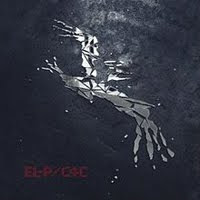 I ordered this record from Def Jux in April, and I just got it this past Saturday. The first one got lost in the mail, and then - you know what? It's a really long, annoying story. The important thing is, I have it now. And it's the Super Deluxe version, which includes 4 LPs: 1 and 2 are on blue vinyl and contain the album, and 3 and 4 are on red vinyl and contain the instrumental versions. It's gatefold and really nice. And it only took six months to get here! What a tremendous experience. But, hey: it showed up on the same day I got all this other stuff, so at least the timing was right there.

And now I'm thinking about going to Boom Wow tomorrow because I saw that they just came back from Idaho with a carload of new stuff. It never ends. And I love it.
Posted by Wockenfuss at 10:55 PM