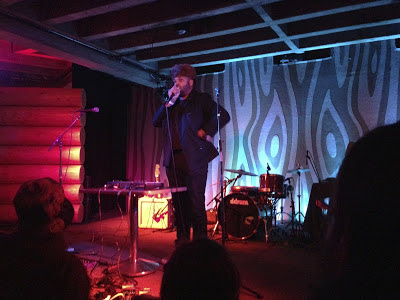 My Mondays are usually pretty busy: I work from 9-5, play dodgeball from 7-8, and usually watch whatever crappy movie is on my list for the Sly Records Weekly Waste page I update every Tuesday night. So, I don't normally have much extracurricular activity slated for the first day of the beginning of the week.

I had almost forgotten about this show, but was reminded via my Twitter stream, and since I missed Busdriver the last time he was in town, I decided I'd head down to the Doug Fir on the solo creep and make up for it. 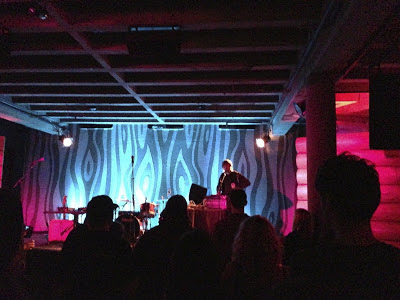 I rolled in about halfway through Jel's set, as he was telling a story that went on about four minutes too long. He eventually fired up his MPC and rallied some live-on-the-pads beats, which were great, but it felt like he spent as much time talking as he did playing music. People seemed to enjoy it, so maybe I'm being a crotchety whiner. I've just never been a big fan of excessive stage banter. 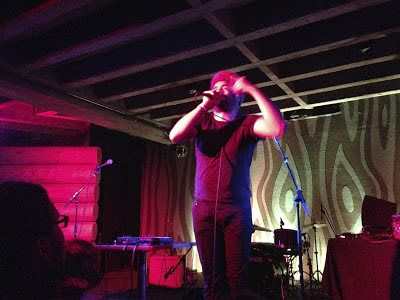 Busdriver hopped on stage before Jel's set was over, dropping some rapid-fire freestyles over some kick-heavy beats. This seemed to warm him up, and after Jel made his exit, Bus turned to his table o' samplers, tweaking beats as he played variations on songs both old and new. Sometimes he got too bold and flubbed it a little bit, but it was damn fun to watch him knob-twiddle and see what happened.

The dude seems like he's constantly on the road, and I gotta say: every time I've seen him, he never seems like he's road-weary or phoning it in. He's not the most sociable guy, but once he gets on stage, he gets up and doesn't come down until he's spent. It's always a good time. This was one of the shorter sets I've seen him play, but it was packed. He even did some Flash Bang Grenada joints. Boom. 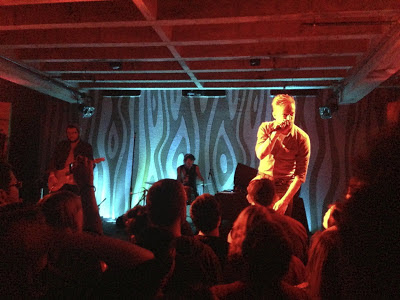 I've been trying to get into Astronautalis, because the dude collaborates (and tours) with a lot of musicians I like. I haven't had much luck, and his performance at this gig didn't sway me. Don't get me wrong: he's got his shit together and he's great at what he does, but it just isn't my thing. I stayed for about half his set because I wanted to see where he was going with everything, but then I was a little bored and a little tired so I went home.

I like going to shows by myself sometimes. It's fun to blend in, zone out, and arrive and depart whenever the hell I want. Like a big boy!
Posted by Wockenfuss at 6:07 PM