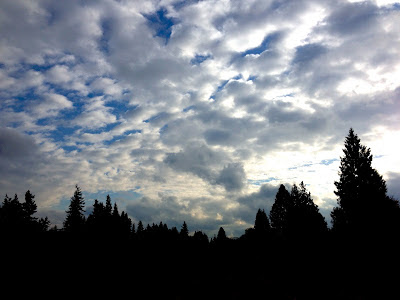 As usual, I forgot to take any accompanying photos, so here's a picture I took the other day while walking my mutt. Ansel Adams alert!

I hadn't been to Crossroads in a few months, so when I had this past Saturday free, I took care of all my errands for the day early and headed over there, mid-afternoon steez. I didn't have the most successful day, but that was good. I had a rough budget and I stuck to it. Here's what I picked up: 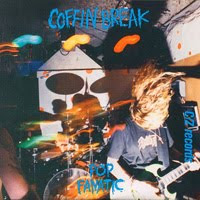 Coffin Break was always a little more ass-rock than some of the other Seattle bands around this time, but I've never heard a song of theirs that I really dislike. The B-Side of this one, a grungy, double-time-in-the-second-half version of "Freebird" is pushing it. "Pop Fanatic" is pretty great, though. 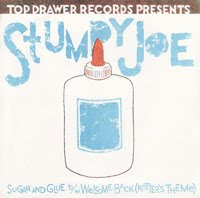 I bought my first Stumpy Joe 7" when I was in Atlanta earlier this year, and though it didn't blow my mind, I wasn't going to pass up another slab of wax from this under-the-radar Seattle band, especially when it's on light-blue vinyl and hand-numbered (96/100). "Sugar and Glue" is a fun track, but the B-Side, a sloppy acoustic version of the Welcome Back Kotter theme is the dictionary definition of filler. This record and the previous 7", by the way, were purchased from the always-reliable "Steve Turner from Mudhoney" section of Crossroads. 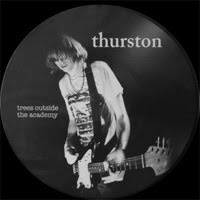 Thurston Moore - Trees Outside the Academy (2007)

For the life of me, I cannot remember why I bought this album on CD when it came out. But boy, did I, and I've been keeping my eye out for a used copy of the vinyl picture-disc ever since. I finally found one, and the price was mad reasonable. This is a great album. If you haven't heard it, you are a sucker. 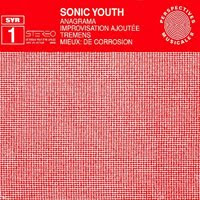 I already had SYR2 and SYR3 on colored vinyl, so when I came across this one on red wax I figured I might as well fill in the gap. I'm not going to sit here and act like I rock these on the regs, but they're interesting to have. This one is relatively short, and only mildly abrasive. 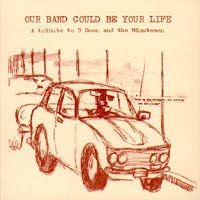 My brother has had this album forever, but I never owned a copy and probably haven't heard most of the stuff that's on here. I know the CD version has more tracks than this LP, but whatever: this has the Hazel, Crackerbash, Unwound, Thurston Moore, and Lou Barlow cuts, so I'm good. 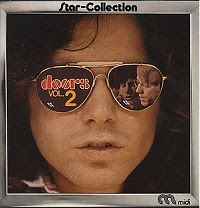 One of the more common German-import Doors collections you might come across, but I didn't have it, so I grabbed it. I also made a small tear on the front cover when I was removing the price tag, and I'm still enraged about that. This is an odd batch of songs - 11 of them spanning the Doors career, but not in chronological order and definitely not a greatest-hits comp. I like it. 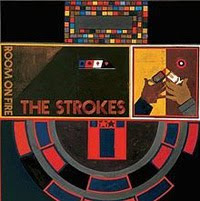 I've had this CD for a long time; never had the vinyl. Didn't want to pay more than about five bucks for it. Didn't have to. Not my favorite Strokes record, but still a good one. 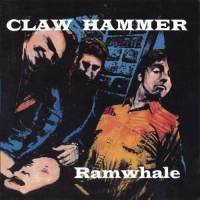 These guys have a song on one of the Happy Birthday, Baby Jesus comps, and I think that's where I knew their name from. This LP's on Sympathy for the Record Industry, it's from 1991, and it was a few bucks. Good enough for me. I haven't listened to it yet, though.

After I left Crossroads, I decided to roll by Music Millennium to see if I could find a copy of the new Big Boi record. I could not (though they were nice enough to preorder one for me), but I did grab a few things: 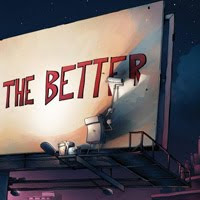 I meant to buy this last year because I came across a digital copy and really played the shit out of it, but I never made it happen. So, I was overdue. And buying this gatefold double-LP on thick-ass vinyl made everything right again. 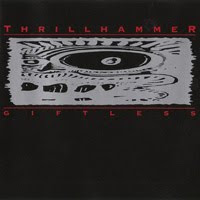 Can't believe I haven't come across this before. Pete Krebs, pre-Hazel, and Dave Triebwasser, pre-Pond. Not nearly as good as that makes it sounds, but a solid piece of NW rock history nonetheless. Somehow Music Millennium must have known what this is, because they were charging ten bucks for it. Worth it to me.

Bonus: This just showed up in the mail today, so I'll yap about it, too:

Blag the Ripper from the Dwarves is on the solo-dolo again, and he's as random as ever. Four tracks at 33 and a third, on pink vinyl, and two of them feature him rapping. It's a wonderful mess. Limited edition of 500, I think.


I've got the next week off work, so I'm sure I'll find a way to buy some more records. Though if I know what's good for my wallet, I won't. Never stopped me before.
Posted by Wockenfuss at 7:55 PM