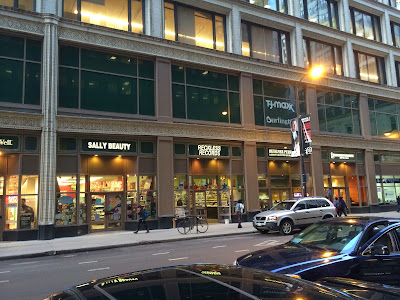 I somehow didn't travel for work at all last year, and though I did manage to buy some vinyl in Tucson and Albuquerque, 2013 wasn't a big year for out-of-town record shopping for me. 2014's going to be different. I just got back from Chicago, plus I've got two more trips lined up in the next few months. Feeling like a real hotshit jet-setter over here. Watch yourself.

I was in Chicago for a work thing for three days, and as usual I had a few nights free. I flew in on Monday around five, got to my hotel around six, figured out that there was a Reckless Records about four blocks away, and I hit the street. As you can see in the picture above, the shop is just another storefront in a boxy block - not where I figured a record store might be in the year 2014, but I was glad it was there and I was glad it was open until 8. Here's a closer picture of the front: 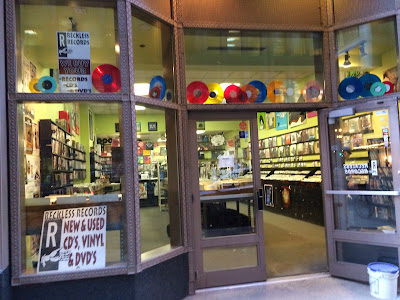 The shop was small but not cramped, and from the get-go I was impressed by how organized it was. The other thing I realized really quickly is that none of the records were in their sleeves. So you couldn't look at the vinyl, but everything was graded, and these signs were taped to a bunch of the dividers: 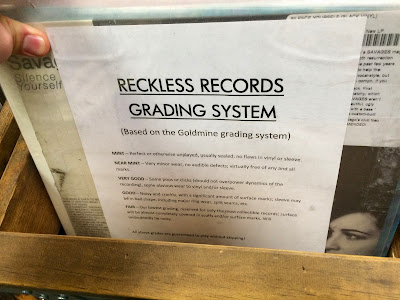 So, you kind of had to take their word for it until they brought out the vinyl when you were checking out, at which point you could inspect it. Sort of weird, but I get it. I talked to the guy behind the counter about other record stores I should check out and told him I was from out of town and he ended up giving me a 10% discount for "being friendly." Pretty sweet. Here's what I bought: 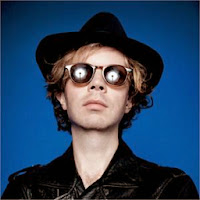 I vaguely remember Beck doing this Third Man single with Jack White and his cronies a few years back. Guess I'd never come across it. B-side is "Blue Randy" and I have no idea what to expect from this other than it being mildly ridiculous. 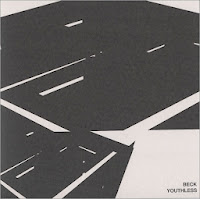 A Modern Guilt-era single on white vinyl that I don't think I'd ever seen before. As with most Beck singles, it features an exclusive B-side; this one's called "Half & Half" and sounds like it probably just missed making the cut onto the album proper. Very Danger Mouse-y. 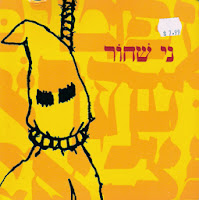 Speaking of how organized Reckless is: I probably wouldn't have even known what this was if they hadn't put a sticker on it. The lead track here is from Racially Yours, but this is a live version and by my count it saw the light of day far before that controversial album ever would. But, this is from '94 and the date from the recording has it listed as being from '91. The B-side, "Adam & Steve," is also live, but from 1988. Weird little single. Clear green vinyl on Matador. 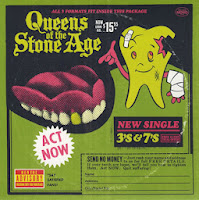 Fancy-ass gatefold import single on thick vinyl. Queens went all-out when they did Era Vulgaris and this is just one of the many over-the-top releases that is now a semi-rarity. This has the album version of "Sick, Sick, Sick" on the B-side, along with a glitchy remix of "I'm Designer." 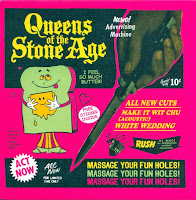 Apparently Reckless had a bunch of the singles in this mini-series, but I got the last two. This one is not a gatefold, but it features exclusively non-album material: The A-side is an acoustic version of "Make it Wit Chu," and the B-side is a unsurprisingly sinister cover of Billy Idol's "White Wedding." 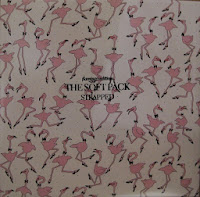 I loved The Soft Pack's 2010 debut and I listened to this album a few times online but never bought it, which still makes no sense to me. But hey: since I held out, I was able to luck into this limited-limited edition of their follow-up. The LP itself was limited to 2,000 hand-numbered copies, of which this is one, but this one is also wrapped in flamingo paper and is a hand-stamped and numbered edition of 300. So limited. 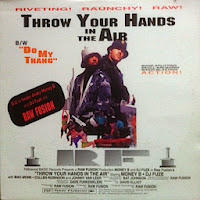 Seems like I pick up Raw Fusion records wherever I go these days. This one's just album versions and instrumentals, but I'm not gonna pass up album art like that for a few bucks. 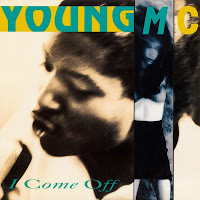 I love 12" singles, but it's always rough when there's a "12" version" along with the album version because then I have to determine if it's different enough to warrant being a whole new track in my music library. Serious problems. This also has a six-minute "Southern Comfort Mix" so that should be pretty sweet. 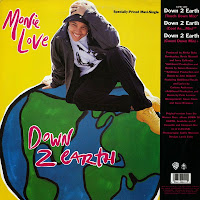 Long live the "specially-priced maxi-single." This one has three remixes of the title track, plus a Shock-G-assisted remix of "Don't Funk Wid the Mo" on the flip. I know you want to front on Monie Love. Don't do it. She is one of the best female rappers of the 90's. Easily. So squash that frontin'. 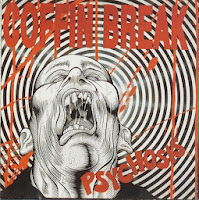 After picking up a few Coffin Break 7" singles over the past couple years, I'm finally venturing into full-album territory. 1989 on C/Z - there's your Seattle sound, right there. Apparently this exists on red vinyl, but my copy is black. 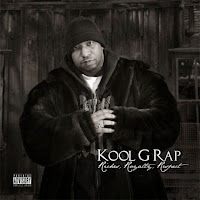 I really should have bought this a few years ago but never did, so now is when I make things right. I bet G Rap still wonders why people didn't make a bigger deal of this record. It's a solid effort. Double LP on Fatbeats.


And that was it for Day One. Coming up in Day Two: I get on a city bus like a big boy and take the long ride to Hyde Park.
Posted by Wockenfuss at 7:38 PM