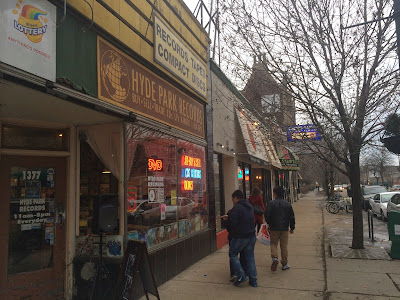 A fellow record nerd in Portland told me I should check out Hyde Park Records while I was in Chicago, so on my second night - which would be my last free night because I was meeting a friend for dinner on my third night there - I decided to head out there once I confirmed that it wasn't ridiculously far away from my downtown hotel. Turns out it wasn't ridiculously close, either, and taking a cab sounded expensive, so after some navigation advice from my Chicago-native pal and the dude behind the desk at my hotel, I hopped on a city bus and 25 minutes later I was dropped off about three blocks from the shop. Here's a shot of the inside: 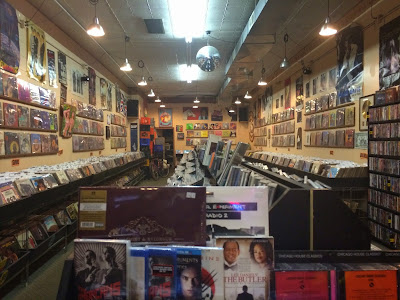 I'm just going to come out and say this: I'd never been in a black record store before. Know how most record stores are mostly rock with some soul and jazz? This was the exact opposite. They had bins full of soul records I'd never even begun to have heard of before, and my jazz-cluelessness rendered the entire right side of the store irrelevant.

Their prices were weird: Seemed like most of the stuff was either $9.99, $19.99, or $29.99. A lot of the soul/funk/R&B records - the real-deal ones from the 70's which were often private-press - were priced at $29.99, and I wasn't in a position to get with that, which was a bummer. I was also a little surprised that their rap section was so small. They had a few bins, but most of the LPs were beat up and priced like they weren't. They had several huge 12" sections, but they weren't really organized and I didn't have time to sift through them to find the hip-hop needles in a haystack of disco. Don't get me wrong: This is a great record store - I just would have needed a little more money and a lot more time to enjoy it properly. But I did pick up a few things: 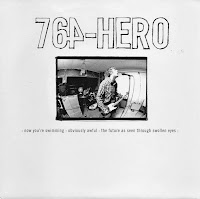 The store had boxes of 7" records, and just like the rest of the place, it was 90% soul/jazz and 10% rock. Found this in the rock box. Repress with an updated cover of the original single from 1995 and it's every bit as sensitive as you need it to be. 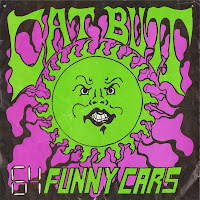 Really didn't expect to find this here. The cover's sort of beat up, but I wasn't going to pass up the chance of owning the lone Cat Butt single. B-side is "Hell's Half Acre" and both of these songs could strip paint off a boat. 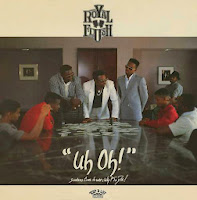 I had never heard of these dudes, but show me an LP on Rap-A-Lot in 1988 I won't buy, especially if there's a semicolon in the title and the first song is called "Dookey." Also, this is the back. Sold. 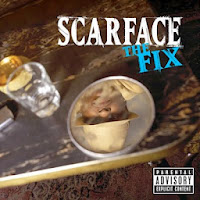 Been meaning to buy this for a decade, but god forbid you ever find a copy in Portland, and if you do they'd probably be trying to get 30 bucks for it. Hyde Park had this in-solid-shape copy for $10, and now I can finally learn about the street life. 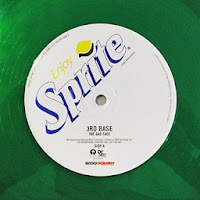 Oh how I love this. Not only is it a promo item for Sprite (the official beverage of rappers, you square), but it's on clear green vinyl (hey Sprite comes in a clear green bottle!) and they've spelled 3rd Bass "3rd Base." Not sure if that oversight is going to aid in connecting with their key demo. "The Gas Face" on side A, with the instrumental on the flip. Clear sleeve for ultimate thirst obeying. 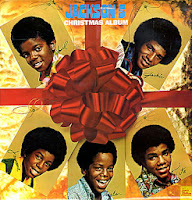 Come Christmastime, I will be very glad I bought this.


This place also gave me a 10% discount when I talked up the dude behind the counter! Chicago, you're allllllright.

There were a ton of other records I would have snapped up for half the price, but I was also planning on hitting the big Reckless on Broadway after I left Hyde Park, so I needed play it safe. Glad I did. Coming up in Part Three: I go to the Reckless is Boystown and clean out the hip-hop section.
Posted by Wockenfuss at 2:48 PM