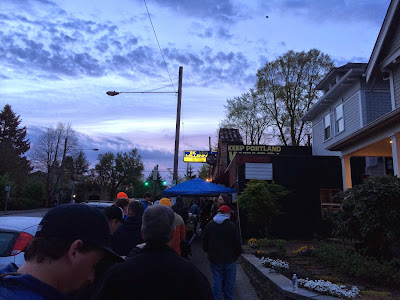 There were only a few things I really cared about this Record Store Day, but fuck it: I got to Music Millennium at 6AM and waited in line for two hours like any real record-store supporter should. Plus, I really enjoy seeing the look on the faces of people when they show up at 7:30 and see the size of the line - which is waaaay down the block by that point - and then I get to see it again when I walk out with my purchases and they're still on the street, in line, waiting to pick through the scraps. Get your shit together.

However a lot of those people arrived with friends and I did RSD solo this year, so who's the real loser here? We'll call it a wash.

I hemmed and hawed over a few things - The Doors' Weird Scenes Inside the Goldmine reissue, the Heavens to Betsy LP, the Atmosphere 12" that I never actually saw - but shit's too expensive. I don't want to get started on that. Here's what I did end up with: 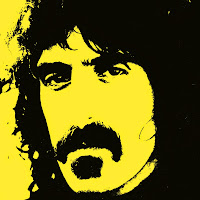 The Zappa 7" last year was cool-looking but didn't contain any new music; this one is bare-bones (paper outer sleeve, no inner sleeve, though they are number-stamped) but actually has some cool stuff on it. The A-side is the single version of "Don't Eat the Yellow Snow," which contains a good chunk of "Nanook Rubs It," which is its own track on the Apostrophe LP. That's not new, but I don't think I have it. The B-side is an alternate mix that FZ did in 1973 of "Down in De Dew," which I know from Läther, but I bet there's other takes floating around out there. It also has the Zappa Records label on one side and a Barking Pumpkin one on the other, which is pure FZ nerd bait. 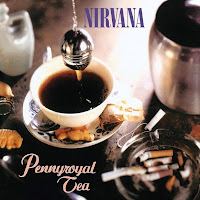 The fabled single that was supposed to come out 20 years ago, here today in overpriced form. B-side is "I Hate Myself and Want to Die," which is still a great one. 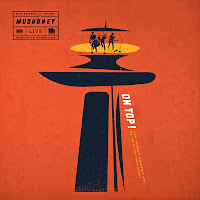 Mudhoney - On Top: KEXP Presents Mudhoney Live on Top of the Space Needle

Mudhoney's entire set from atop the Space Needle last summer. Good mix of old and new shit, and since Mark Arm isn't playing guitar, he actually nails the vocals. I will always miss Matt Lukin, but I hope Mudhoney is around forever. 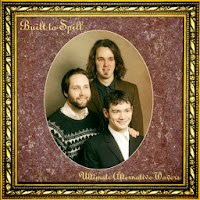 Foooooolks. This is how you do an RSD release. First time on vinyl, gatefold cover with obi strip thingy containing details, colored vinyl, hand-numbered (I got 110), gold embossing on the sleeve, and it was only a little over 20 bucks. C/Z, you've still got it.


Yes, I kept it cool. Now I'm off to Los Angeles and Atlanta, where I will keep it less cool.
Posted by Wockenfuss at 9:59 PM