Not a bad year for rap and indie rock.

Got a solid list of my 20 favorites this year, but before that hot countdown, I want to mention some reissues I was really into: 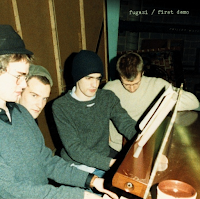 Shitty versions of these same recordings have been floating around for years, but to have a cleaned-up, official release of these circa-'88 demos is something that I was very excited about. Am I going to sit around and listen to this all the time? Nah, but as an insatiable Fugazi fanboy, hearing early, notably different versions of songs you've heard a thousand times is a real delight. 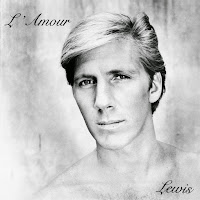 I didn't know about Lewis before Light in The Attic started reissuing his records, but man: I got sucked in quick, by both the music and the mystery. The mystery portion has since been solved, but it makes this record, originally released via private press in 1983, no less fascinating. Also: this was one of the nicest vinyl packages I purchased all year, and I'm glad I got one: doesn't look like they're ever going to press it again. 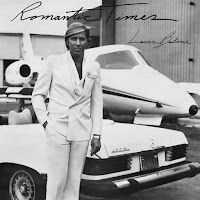 Lewis' 1985 follow-up to L'Amour is way more fuzzy and wavy than its predecessor, but it's still great, and my god: that album cover is something to base the rest of your life around. Another great vinyl reissue from Light in the Attic, and another batch of songs that are out of some strange time machine. I even bought a Lewis cassette this year. You gotta take this stuff seriously. 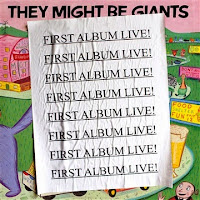 Not even sure this one really counts, but whatever. I love They Might Giants' first record. I bought the CD a few years after it came out - it was actually one of the first CDs I ever bought - and though I think I've since sold it, I know that I now have a sweet vinyl copy. This is a free album that the band put out of them doing every song from that record live. It's not one continuous show, but it might as well be. 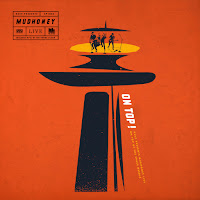 19. Mudhoney - On Top: KEXP Presents Mudhoney Live on Top of the Space Needle

Great live recording of Mudhoney running through some old and new shit while atop their city's most notable landmark. It's sloppy at times, but that is Mudhoney.

You can watch the whole thing here. 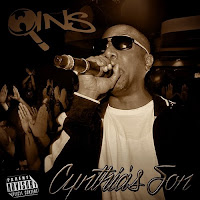 Ignore the fact that the first track on this mixtape is called "Dreamcatcher" and that Deck sometimes samples some pretty corny R&B when he makes his own beats. Concentrate on the fact that this is mixtape shit and he's still running circles around rappers without much effort. 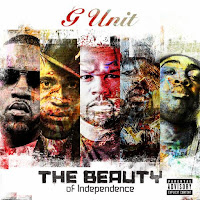 17. G-Unit - The Beauty of Independence

I'm just happy G-Unit is back together, even if Yayo is still holding back the group with his shitty rapping and I'm still not fully sold on this Kidd Kidd dude being a full-fledged member of the group. Bottom line: this EP ended up being better than I feared it might be, and that's all I can hope for. Young Buck is back! 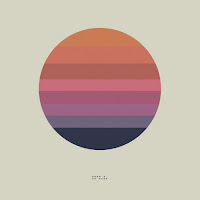 Flat-out the best instrumental music I found all year for when I needed to get stuff done on my computer but didn't want to listen to someone talk or sing. That might not sound like a compliment, but I assure you: it is high praise. I played the shit out of this thing. 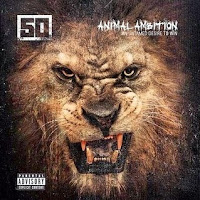 When you adjust your expectations for a 50 Cent solo record, you can end up being pleasantly surprised. Animal Ambition isn't as good as the underrated Before I Self Destruct, but there are still some really solid tracks on here. Then he puts joints on it called "Chase the Paper" and "Hustler" and you remember that he's not quite the game-changer he once was. But dude can still do it. 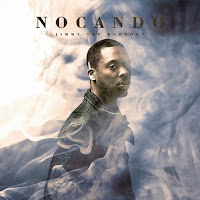 Nocan! Man, I had this and an old Daz album on my 8-year-old iPod shuffle for like two months this year, and I listened to both those records at the gym like three times a week during that stretch. This album gets mad wavy, but Nocando is an MC like no other. Pretty sure he straight-up freestyled some of his album tracks. Nutso. 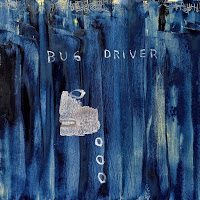 Sometimes I feel like Busdriver is daring people to stop listening to him, and other times I feel like he's making some of the most important rap music happening right now. This record left me further confused, and the vinyl packaging was a bit of a letdown for the money I paid for it, so maybe that left me troubled, too. Still, some of these songs followed me around for a few. 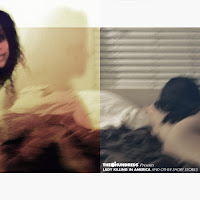 12. Alexander Spit - The Hundreds Presents: Lady Killing in America and Other Short Stories

I think that other than El-P, Alexander Spit is my favorite beatmaker dude out there right now. He's crazy prolific, dedicated to his own sound, and weird as fuck. This album is a free download and it's housing some of the sweetest beats you're bound to hear. Get it. 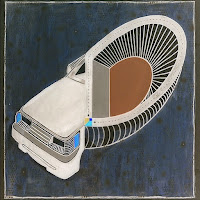 Had this album on my iPod at the gym at some point, too. This one ain't for everybody, but Kool A.D.'s nonsense raps are peppered with enough Wu-Tang references and other witty ridiculousness that slack-jawed me stays entertained. 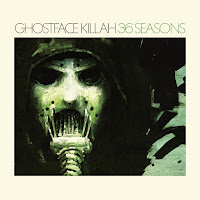 Ghost just dripping in guitars and drums and bass, with guest spots all over the place. Is it the Ghostface Killah record I've been waiting for? Not exactly, but fuck it: Kool G. Rap jumps on multiple tracks, and with all the other features, this thing rarely slips. 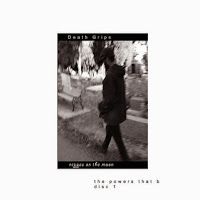 I still don't fully understand if this is an album, Part 1 of a 2-album thingy, or whatever - it doesn't really matter to me. I like the haphazard way Death Grips releases their music, and any attempts to rely on them to do what they said they were going to do have proved misplaced so far, so no reason to get too big-picture with them now. This is a fucked-up bunch of songs, and yeah it might not be as nose-breaking as the early shit, but it's still a stiff kick to the dick. 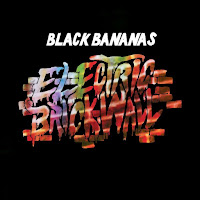 I'm still furious that I paid $20 for this LP and it didn't come with a download, but hey: That's just how rad and cool Drag City have to be. I don't have much else negative to say about the stoniest bunch of stony songs you're bound to get stoned to all year. So fuzzy. Can't stress how much my wife hates this record. 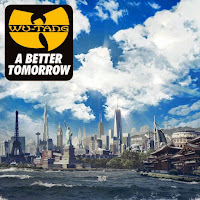 Don't sit there and act like this isn't a really solid Wu-Tang record. I still think 8 Diagrams has it beat, but I'm an irrational Stan for that record. A Better Tomorrow, despite its terrible title and even worse cover art, actually manages to almost completely not suck, and Method Man is rapping his ass off on this thing. Don't sell it short. 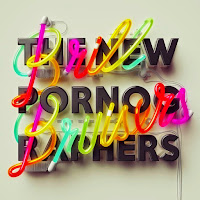 The most reliable supergroup in indie rock keeps the streak alive. I still think Dan Bejar's songs actively bring down any New Pornographers record they appear on, but the ones he penned here are mostly tolerable. Still, it's AJ Newman's show, and man: he has yet to run out of ideas. 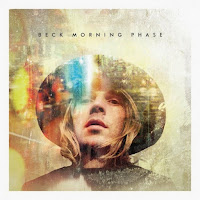 If I had to list my all-time favorite Beck records, this one wouldn't make the top five, but it is incredible for what it is, and I'm betting it's just the beginning of a flood of new music from him. I really hate the "Sea Change Part II" comparisons, because I don't think it's that simple. But I do think this record is right up there with that one. 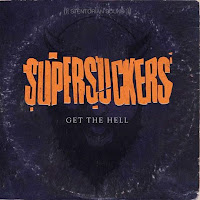 04. Supersuckers - Get the Hell

Thank Satan the Supersuckers redeemed themselves. 2008's Get it Together was easily their worst album to this point, and a sad one for Ron Heathman to end his tenure with the band on. I think a lot of fans felt the same, and this record seems like a direct answer to anyone who called them pussies last time around. The lyrics get a little cheeky here and there, but that's the modern Supersuckers. Great to know they can still make a solid rock record after all these years. 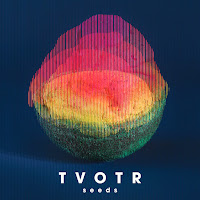 Amazing what passes for a "decent" TVOTR record these days. I got some serious mileage out of this one, and I should also mention that the vinyl packaging was probably the best one I saw all year. (Watch a nerd take his apart here.) Yeah, maybe it's not as deep as some of their previous stuff, but I still feel like this is contemplative music done right. 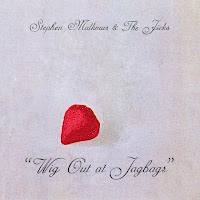 02. Stephen Malkmus & The Jicks - Wig Out at Jagbags

This one came out early in 2014, and I'm still playing the shit out of this record. Things get jammy here and there, but for the most part he's back to knocking out three and four-minute rock songs that are never repetitive and always lyrically perplexing. Cool Bongwater and Mudhoney references - watch for 'em! 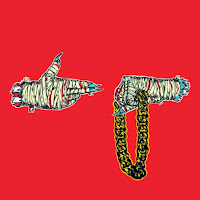 These fucking guys did it again. I probably didn't listen to this one quite as much as the first one, but I was rolling hard to this for weeks, for sure. Got to see them live a few times, too, and it never disappoints. I'm not telling you anything you haven't already heard. It's been really great watching these guys rise. And the music keeps working. RTJ3 gonna be something.