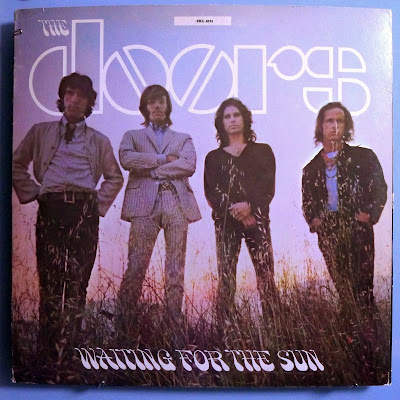 I own a nice, original copy of The Doors' Waiting for the Sun. It's the gold-label, first-press stereo edition, complete with the original Elektra inner sleeve, and it's probably worth $25 because it really is - and I should know because I just took it out to confirm - in ultra-sweet shape.

And that's great. But the White Whale Grail™ copy of this LP is the mono version. There's rumored to be only 5-6,000 copies in existence, and for a band like The Doors that spans so many generations, that gets spread thin pretty quick. When you add in the condition issues that are bound to come up with any record that's almost 50 years old, it doesn't take the laid-back, post-meditation-sesh logic of Raymond Daniel Manzarek to see why pristine mono copies are serious collector's items.

I don't see myself owning one of these anytime soon because it's way out of my range, but I do love to check eBay and see what these weirdos have been coughing up - it's reliably The Doors' most high-ticket LP on eBay, barring the occasional ultra-rarity. Turns out, a really nice copy sold at the beginning of the year, and yowsa: 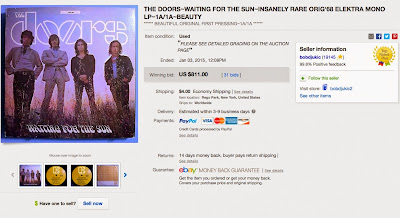 I personally think that price is a tad on the ridiculous side, but hey: never underestimate the impulsiveness of the modern record collector when that clock's ticking down to zero.

The top photo in this post is the pic of the record that sold. (You can view the auction here until they remove it.) The big difference, as far as appearances go, between the mono and stereo versions of this record is at the top of the front cover. As you can see in the top photo, there's a white bar-type thingy with some letters in it. The stereo version doesn't have that. It looks like this: 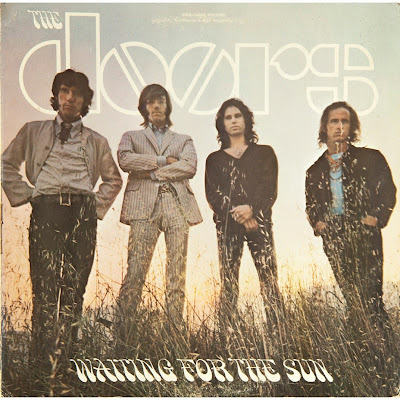 There's no white box - just white text that has the catalog number and says something about it being compatible with mono phonographs.

Just want to point out how easy they are to tell apart. From a distance. Without your glasses. Fucking squinting.

I go back to the eBay list of mono copies of Waiting for the Sun that have sold recently, which I've sorted by most expensive at the top, and I click on the next one down, the auction title not really registering at first. This is what I see: 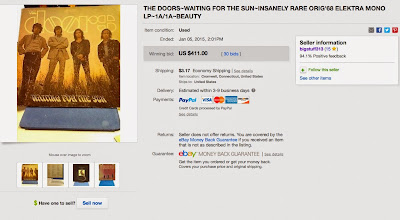 A bunch of stuff immediately started coming at me when I was looking at this.

First, the title: It's the exact same one as the link I had clicked before. Simple explanation (and if you've ever sold anything on eBay you probably already know how this works): When looking up stuff that has recently sold on eBay, when you click through to the original listing, there's a link that says "Sell one like this" or something like that. When you do that, it auto-populates the same copy, including the title, as the one you're clicking from. It became clear to me pretty quick that that's what happened here. 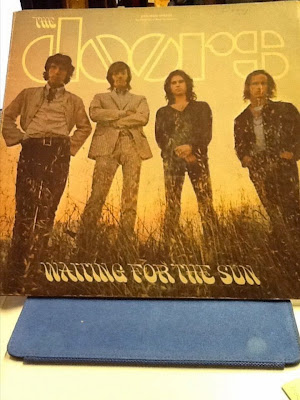 This is the main photo. The photo that clearly shows a beat-to-shit stereo copy of The Doors' Waiting for the Sun, with the name "Debby" or possibly "Doug" written in ballpoint pen near the top right. You have probably seen something similar at a shitty garage sale. 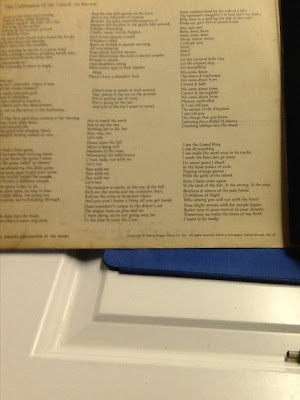 This blurry photo of the inside cover seems accidental and leaves me feeling fairly certain that weed has probably been de-seeded on this cover at some point in the past half-decade. 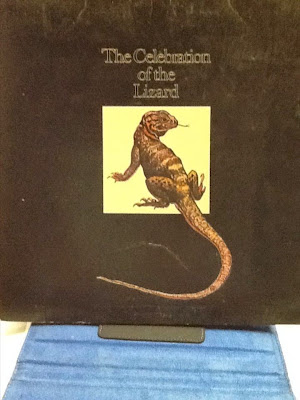 You can almost see the footprint in the top there. 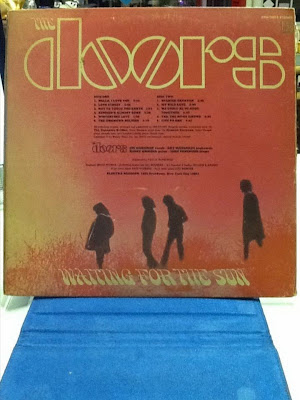 Mono copies of this record also have a white bar in the top right on the back. Much unlike this one.

The number of bids: 30 is the bid count, not the number of people bidding. When looking at the details of how the bidding played out, you can see that after a certain point it was just a back-and-forth between two people, and then someone swooped in at the very end and won it: 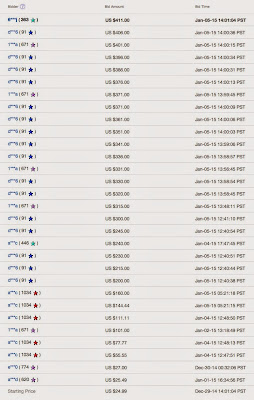 Dude thought he was pretty slick right there.

The seller: 15 in the feedback count doesn't really line up with somebody selling $400 records.

No questions: If people ask you a question about the item you're selling during an auction, you can respond to that person publicly, on the auction page, to head off anyone with a similar question. You can't see it in the photo up there, but there were none posted.

There are no photos of the actual record: I mean my god.

Which is great news for anyone wondering if it was in good condition. But that's all there is. For comparison's sake, here's about 1/5 of the description on the one that sold for $811: 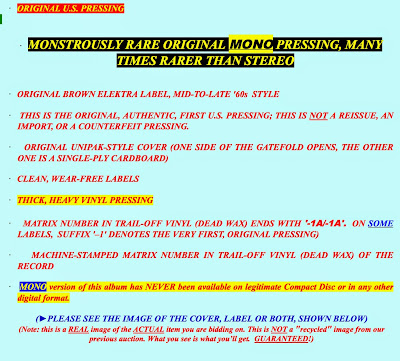 They go on to explain their grading process in detail, and other nerdy shit that serves as your only comfort when you're dropping close to a G on a record you can't look at in real life. Makes sense.

So, after examining all this stuff, my eye went back to that "94.1% Positive feedback" next to the seller's name. Dude got dinged. I felt where this was going, but I had to confirm, and there it was:

There's a bunch of different ways this all could have gone down, but let me make clear that everyone involved is at fault and is stupid, but especially the person who bought the record, who is the stupidest.

I don't think the seller put this record up for auction with the intent to rip anyone off. It's all too naive. They either saw that a copy sold for $811 and thought "Hey, I have that exact same record!" because they have no idea what's going on, or they were planning to sell the record anyway and just tried to go with the description that made the most money in the past.

If they were trying to fool anyone, they wouldn't have posted those shitty photos. And the only thing that mentions "mono" is in the title. And so many other glaring red flags.

I don't know if the person who bought the record feels like they were taken for a ride, but come on, brudda.

Quick review of the red-hot warning signs that you should not be paying $411 for this record:


But let me say this: the people who got the bidding up that high are equally responsible, if not more so. When people see that there's 20-some bids on a record and it's in the hundreds of dollars, they can almost be forgiven for assuming it's legit. Which is why sellers sometimes have other people or dummy accounts bid their shit up. Which I don't think happened here, because you'd still have to be a real clod to bite after seeing those pics.

I'm begging you to get your shit together.

I realized that I actually have 3 copies of Waiting for the Sun: I have the beat-up, butterfly-label copy I bought in downtown Salem as a teenager, and then I have two first-press copies - one with the original inner sleeve and one without. And the one without has a little bit of writing on the cover. No idea why I have that one.

Feel free to tell me what you think of all this.

Here's a sweet live version of my favorite song from Waiting for the Sun, "Not to Touch the Earth":

Posted by Wockenfuss at 8:05 PM