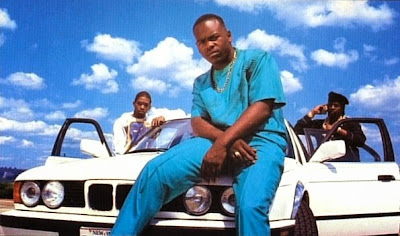 I bought some records online over the past few weeks that I have been wanting for years. These are records that I kept thinking I would come across in stores for prices that weren't ridiculous, but it never happened.

So, they have that in common. What a bunch of them also have in common, and I think this is why I tracked them all down simultaneously, is that they're debut records from rappers whose subsequent projects would take them in a completely different - and usually more successful - direction, leaving these slabs o' wax as semi-rarities to be hunted down by goons like me. 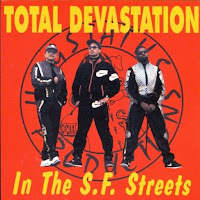 Before Total Devastation were blazing doobs full-time at the hemp rally, they were flossing on the streets of Frisco in jumpsuits and Jordans, dabbling in gangsta rap. Red Eye goes by "B. Fresh" on this thing, and Big Tone aka Big Smoke aka Da Soopa Doopa goes by "Toss-Up T," I think. Still finding themselves. This fan-made video for "Comin' Up Hard" features some sweet early footage.

So, this record popped up on eBay about a month ago for the first time in at least a year, and I was there, bidding high and early. No movement for the entire auction until some shitbag last-seconded me and nabbed it. I was irate and resorted to Discogs, where I was able to pick it up for the same price, also in the shrink, also with the original promo sticker on the front. And while I was at it, the guy selling it also had this record, sealed, which I have also been looking for forever, so I added it on: 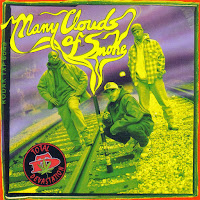 The pothead anthem that hooked me the minute I saw the video on Bohemia Afterdark at 3 in the morning when I was 17. This record features one of those remixes that is labeled "remix" but the only difference I can find between it and the album version is that it's 7 seconds longer. These crazy stoners.

This is a three-dollar record and I have never been able to find one in the wild. Found their other 12" singles, though. I think this may complete the ol' TD collection. Another mountain climbed. 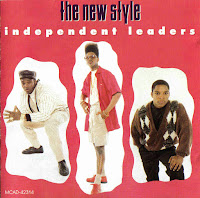 Before Naughty By Nature were yoking the joker, they were dropping knowledge as The New Style. (In fact, you can still hear the "new style" drop in "Yoke the Joker.) Treach was then known as "Double T. Treachery" (which he would call back to during his Naughty days), Vin Rock was "Vinnie Rock," and Kay-Gee had a hi-top fade that couldn't be coming more correct. They would soon ditch the dancers, hook up with Latifah, and take over.

So, around the same time I was going deep-cut steez with TD, this album showed up in my eBay feed and the price was surprisingly low. I've only ever seen this in a shop once, and the dude was trying to get $35 for a warpy-sleeved copy. That shit's a no-go with me. The person selling this copy on eBay did not put "Naughty By Nature" in the title of the auction, which may be why I was able to cop this for less than 10 bucks. Can't call myself a real Naughty collector without this one. Next stop: this 12".

Speaking of Queen Latifah, before Freddie Foxxx was getting so tough with La and the Flavor Unit, before he became Bumpy Knuckles, and way before the industry shakedown, he was rolling deep with Eric B. (the Rakim one) and cutting the occasional cringe-worthy love song that is probably one of the reasons he's not quick to acknowledge this album's existence. Come on, Bump: it was over 25 years ago.

I've come close to buying this record 10 times over the past 15 years, but just never pulled the trigger. After nabbing all those other early-career footnotes, I needed to keep the buzz going so I found this one on eBay and paid what it's worth. Sweet copy. Felt good. 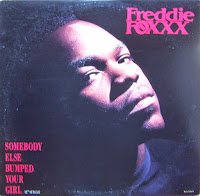 I did not order this record when I bought Freddie Foxxx is Here, but it showed up in the same package. It's not in the best shape, but for free, I will take it. Not sure if the seller did this on accident or as a fun favor, and I'm not going to ask. This 12" features a remix and a dub version. Very 1989. 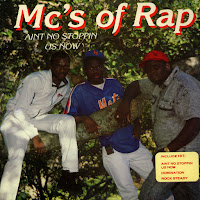 I'm not sure how I got mixed up in an eBay auction for this one. This has nothing in common with the other records I picked up, but what it does have is one of the greatest names for a rap group ever, and it's an LP that I've seen a few times when I've been out-of-town record shopping, and it's always been a little too expensive for a record that I knew would be flat-out audio garbage. I love how they didn't even capitalize the "c" in "Mc" like it's "Micks of Rap." Just so great. 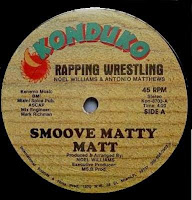 Discogs has got this thing listed as coming out in '86, but the way ol' Matty Matt talks about the wrestling on this song makes me think it's more towards '87. Needless to say, there is no date on the vinyl. I've known about this record for a while, and I even bought Smoove Matty Matt's sole other release, "I'm Not the One," sometime in the last year or so. Been waiting for a copy of this single to show up on eBay for less than $20. Waiting finally paid off and I got a great copy for half that.

The song is amazing, too - this dude's not dicking around on the casual-fan tip. To know that much about wrestling in the mid-80's you had to really be a cable-having, TV-guide-referencing, VCR-setting mat fan. And he's sampling Dusty Rhodes and shit! The originator of the wrestling-rap style. 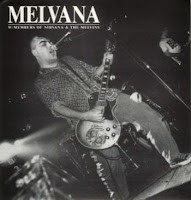 This is a bootleg 7" of a dicey bootleg recording of Dave and Chris from Nirvana joining Buzz from the Melvins onstage at the Crocodile Cafe in Seattle in January of 1992. These songs are both Flipper covers, and it's all really loosey-goosey. My brother bought this record for me as a gift many years ago and at a low-point moment in my life about 10 years ago, I sold it on eBay. I always felt like a real ass for doing it, but figured I'd just pick it up again when I got my shit together.

Of course, by that time, the record had become a minor collector's item and the prices had really ramped up. They've pretty much stayed there, but I got a decent price on a great copy of this record, and I shall not let it slip away. Good to hear these songs again. You can almost smell the beer-soaked thermals.

Speaking of my brother, he's going to be out here for Record Store Day 2015, which is almost a week away. When it comes to RSD, I think I'm mostly excited about this: 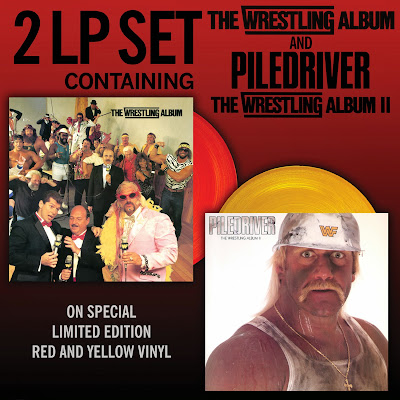 Posted by Wockenfuss at 8:53 PM