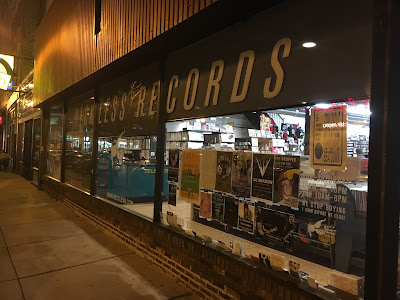 Chicago: The City On the Go. The Windy Apple. The Jewel of the Nile. Yes, I'm practically a Chi-land local at this point, so how 'bout dem DA BEARS, huh? Gimme a sec, just need to wring the kielbasa juice outta the ol' push-broom.

Well son of a fuck Ditka, I ended up back in Chicago again this year. The weather was mild, my leisure time was little, but I still managed to hit all three Reckless Records locations over the course of a consecutive evening and an afternoon. Was in town for three days before I had a chance to sneak off on Sunday night and hit the Wicker Park location, which I think is the newest one, but maybe not super-new. Either way, it's the one I hadn't been to before, so I wanted to check it out this time around if I did nothing else. 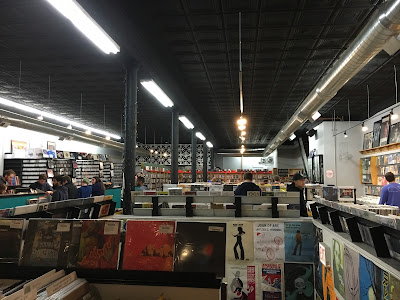 It's a great little store, essentially a slightly smaller version of the Broadway location, which is their big'n. It was my first record-shopping stop of the trip, so I had to limit myself a bit to leave room for two more stores worth of digging. I left an NM copy of An Evening With Wild Man Fischer on the shelf, and I'm feeling tinges of regret. But it's too late now. Here's what I did get: 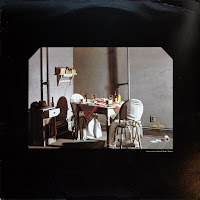 I used to own this record. I bought it when I lived in Eugene in probably '95 or '96, most likely at House of Records. I sold it on eBay in the mid-2000s along with a few other records that I immediately regretted getting rid of and have felt stupid about ever since, enough to ignite my ongoing mission to replace those records and make myself whole again. While I still haven't found the limited-edition Mr. Bungle picture disc I sold in a moment of true darkness, I did finally find this, a fairly inconsequential LP in the larger scheme of things, but one that is important to me. I feel good about it. And it's even got the catalog inside, just like my old copy did. Sampler of Zappa remasters with one unreleased Mystery Disc track. 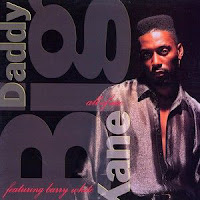 This is my least favorite Big Daddy Kane single, and maybe my least favorite song from his entire catalog, though "I'm Not Ashamed" is always very tough to beat. "All of Me" is a duet with Barry White that is a huge whiff and overall really not good. And there's an extended remix on here! Fantastic. I somehow did not have this but I do have a test pressing of it. Deep. 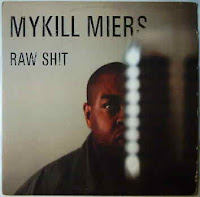 Mykill Miers! This was a buck I think. Tracks from his second record. I loved rap like this in the early 2000s. Still sounds dope. 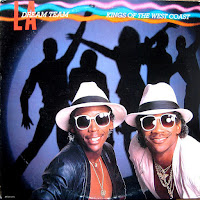 Sealed for three bucks. Before Dre and the Wreckin Cru, there was The Dream Team. 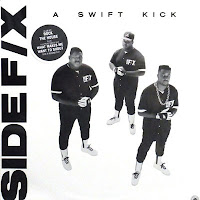 I had never heard of these dudes but I liked their baseball uniforms and hey: that name is pretty clever. 5-song EP-ish type thing. 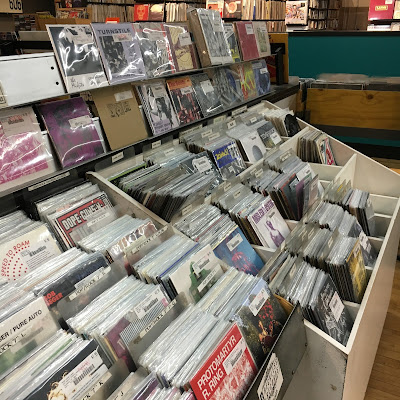 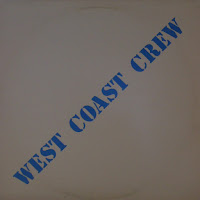 Electro-rap that is not quite as troubling as the title suggests, but certainly troubling nonetheless. 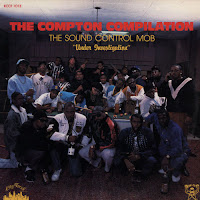 Catchy title! This comp is a year past Straight Outta Compton and features Lonzo from the Wreckin Cru overseeing the whole thing and eating some crow along the way. Cash-in? Eh, I guess. Features tracks from CMW and others not as notable. An answer to NWA and the Posse in a way. This was one of my more high-priced items on this trip, though it was only $15. 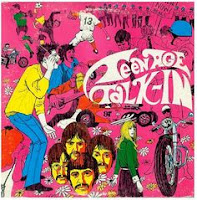 Hey kids, let's rap! Whatever's on your mind, though you know I'll be swingin' the ol' convo right back to Jesus every time! Here's a picture of The Beatles to make you think we might not suggest you ignore your overwhelming urges and instead channel that energy toward respecting your parents. 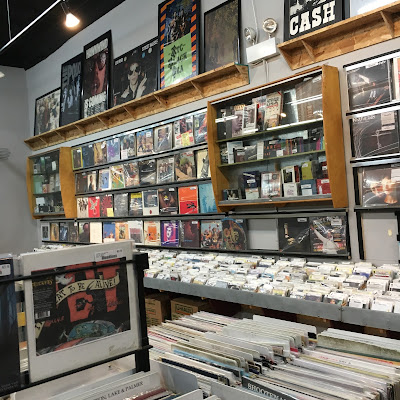 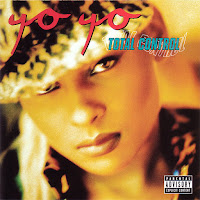 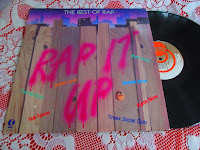 A K-Tel rap comp that I don't think I ever owned, but definitely eyed when I was a kid. Two songs from Timex Social Club and one from Full Force was not sweetening the deal. Let's be careful what we call "rap" here.

And that was that for the first night. Much more to come. 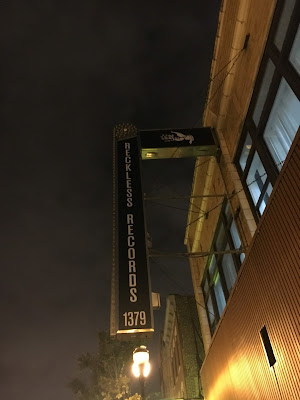 Posted by Wockenfuss at 8:03 PM