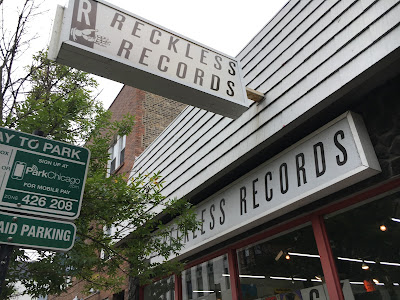 My last day in Chicago was a Monday and I had to be on a plane around 7. I got up early, checked out of my hotel, and by 10:30AM I was at the Reckless on Broadway, their biggest location and the one where I've had great luck over the last few years. This time around I didn't come up on any big scores, vinyl-wise, which was odd, but I did get a bunch of cassettes. I picked up a few the first night, too - this is all of 'em: 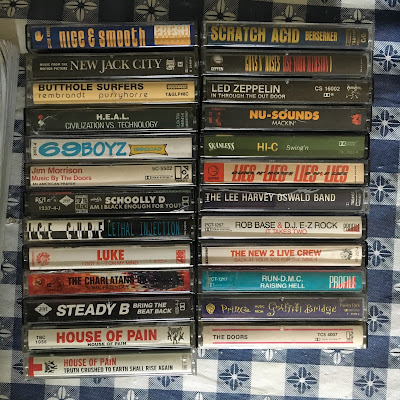 Not bad at all. They had tons more rap tapes the last time I was there, though, and I've been retro-kicking myself for the last 12 months, regretting not pulling that trigger. But what's done is done, and I'll come up on that King Tee tape some other time. 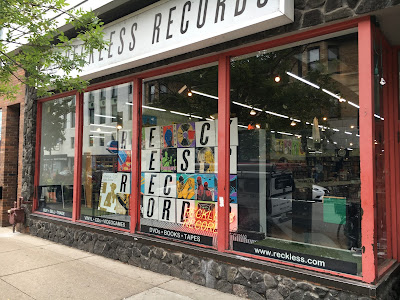 Here are the records I did get: 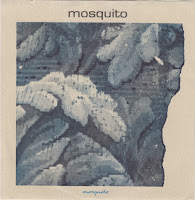 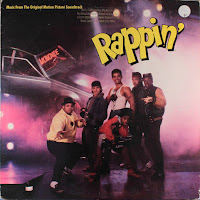 I am pretty sure I've never seen this movie but I couldn't pass this up for three bucks. Peebles. Never been cool. Oh he'll try, but he just can't get there. At the same time, the late, legendary Larry Smith ("My man Larry Larr, my name DJ Run") produced a bunch of tracks on this thing and I can't front on that. 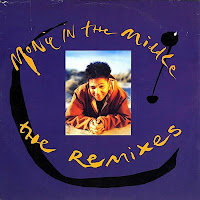 Oh I'll get down with some Monie Love. This is a 3-song 45RPM 12" from the UK that features 3 remixes that are mad club-ready and seem more suited for overseas than here, but that was often part of her struggle. Though if you listened to her, you'd think she was from Brooklyn or some shit. A very underrated female rapper. Latifah knew. 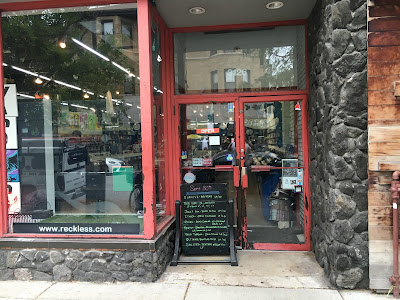 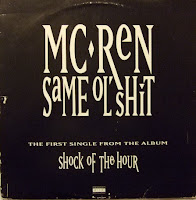 Three-song 12" single with a radio, album, and instrumental version. Ren in '93 on Ruthless. I bought this just so I could have it and flip by it and remember how awesome MC Ren is. 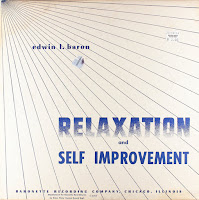 This was made in Chicago and while I don't think it's a particularly rare or sought-after LP, I probably wouldn't have found it in Portland. More photos of this relax-master right here. 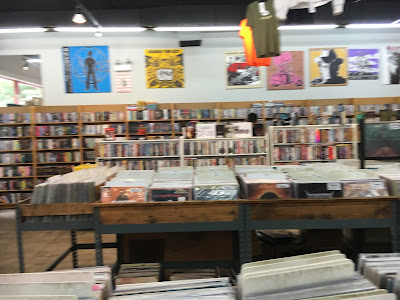 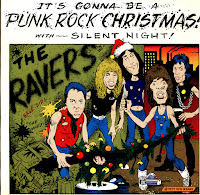 On Rhino Records with crazy festive vinyl. This was surprisingly cheap and it's in great shape. My Christmas-record collection is two crates deep at this point. I'm a force come December. 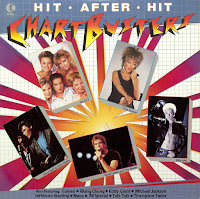 I love K-Tel comps from the mid-80's. I keep records like this in the front room of our house. They make great mixes for cleaning or eating or just hanging out. And they sometimes have the deeper cuts that they thought would end up being big hits but weren't: This one's got "Adult Education" by Hall & Oates and "She's Strange" by Cameo. Pretty sweet.


And that was it for the Broadway shop. Here's a few more pics: 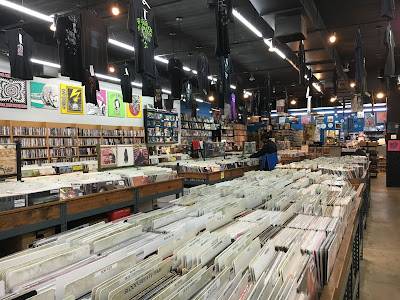 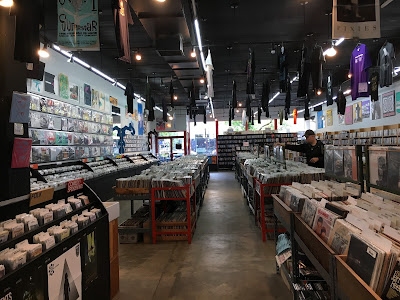 Posted by Wockenfuss at 6:40 PM