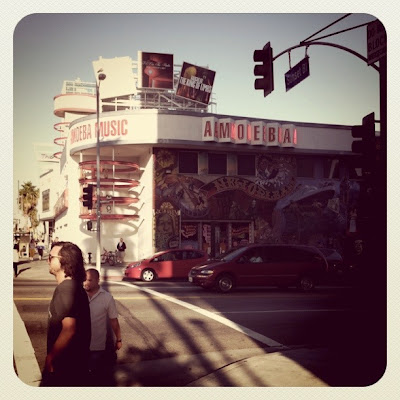 Think I've still got one more entry devoted to 12"s before I get into the fat stack of 7"s I picked up.

Amoeba has a huge hip hop section, and they've got an entire side of an aisle dedicated to nicely priced 12" singles and full-lengths that are, for whatever reason, also very affordable. Coming from Portland, where hip hop sections in record stores are notoriously weak, this is always exciting for me. There are tons of sweet deals, which gives you the opportunity to pick up stuff that you wouldn't normally buy, simply because it's two or three bucks. 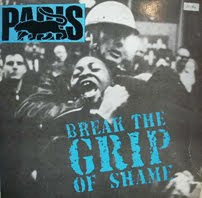 I can't be sure of this, but I think this might be the first Paris release ever. On the back it says, "taken from the forthcoming Tommy Boy/Scarface LP The Devil Made Me Do It," which means that this single was out before his debut. So that's pretty cool. Features the "Radio Mix," as well as the "The Final Call" remix, which is over eight minutes long and is super sweet. The label on one side features the regular Tommy Boy logo and the other side is just a drawing of a black panther. Classic P-Dog. 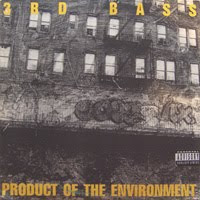 This is a strange one. It features two songs: one from their debut, and one from their sophomore album. Not sure how that works. I guess "3 Strikes 5000" was a b-side until it showed up on Derelicts of Dialect? However that went down, this is a cool single, because it's got three versions of each song, and ends up being a solid amount of music. The two remixes of the title track are dope, and the "Bonus Beatz" version of "3 Strikes 5000" even makes for a cool instrumental. 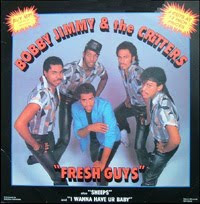 Before he hooked up with N.W.A., Arabian Prince was in a West Coast comedy rap group called Bobby Jimmy & The Critters. I did not know this until I found this record while flipping through the aforementioned budget hip hop bin at Amoeba. This record was only a few bucks, and I couldn't resist it. I just had to hear it. It is awkward. Check out more of the cover art here. Arabian Prince does not look stoked. 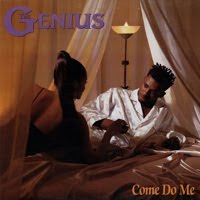 If you've ever heard this pre-GZA masterpiece, then you know that you're definitely going to need an extended remix, as well as a dub version to really get the full picture of what The Genius is trying to tell you. This 12" also contains an additional remix (no album version?), as well as the LP cut, "Phony As Ya Wanna Be." The cover alone was enough to sell me, so I did not hesitate to snatch this up. 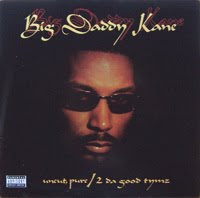 Collecting Big Daddy Kane 12"s is going to be a long process, but also a fun one. I don't have too many, so I'm always happy when I find one at a good price. This is from his strangely not-popular Veteranz Day LP, and both of these songs are great. Features a random assortment of remixes, instrumentals, and even an a cappella version thrown in for good measure. Pretty common single, but I did not have it. 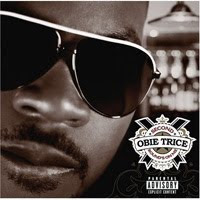 I almost bought this for ten bucks when my brother and I went up to Seattle for our record-shopping mission, and now I'm glad I didn't. Found a solid used copy for three dollars at Amoeba. It's got a black marker line through the barcode, but I couldn't care less. Double LP, gatefold cover, and the vinyl is not jacked up at all. It was on clearance in Seattle, too: apparently this is not the most popular album. But I like it. 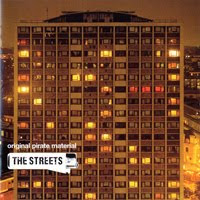 This was easily my biggest splurge of the whole excursion, and I feel good about that. This is my favorite Streets record, and I've been looking for a used LP copy to replace my CD for a long time. They never seem to pop up. This one was definitely more than any of the other 12"s/LPs I bought, but I told myself that if I ever found a decent used copy, I would buy the shit out of it. So I did. Double LP, original inserts, and super-sturdy cardboard cover. Looking forward to revisiting why I dug this record so hard almost ten years ago.

That Gza 12" is nice. Only dudes our age would still be buying Arabian Prince rarities. Ah, the neverending allure of N.W.A. That Paris 12" will look super nice in the collection. That artwork is magnificent. I still don't get The Streets. Suppose I never will. Hey, is Obie Trice his real name? Or is it a gimmick?