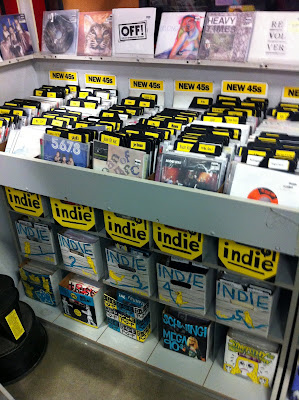 As you may have guessed from my last post, Amoeba has some of their 7"s divided up by label. As you can see in the picture up there (especially if you look at the big version), on the bottom row of boxes they've got five that aren't the Indie or $1 Indie ones.

They are: Indie Splits, K vs. Kill Rock Stars, Sub Pop, Mega 90's, and Sympathy for the Record Industry. Such a sweet idea, but only if you've got enough stock to justify it. And, they do. I spent some serious time in these sub-sections. Obviously. 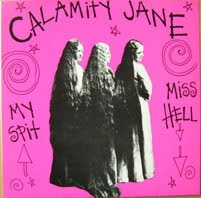 I realize the songs are listed in the other order on the cover, but that's how they're situated on the actual record, so I'm assuming "Miss Hell" is the A-side here...? I guess it doesn't really matter. These are both cool songs, and the cover is pretty sweet, too. Mine is the pink vinyl version, so it matches the sleeve. Almost perfectly, actually, which is impressive. My first official Calamity Jane purchase. I should have had this 20 years ago and been using it to impress chicks. Damn. 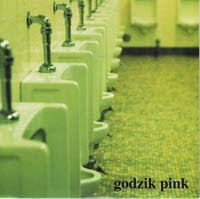 Super-sharp Stallion Alert readers may recall that my brother bought this single when we went to Singles Going Steady in Seattle. We played it when we got back and I was intrigued and impressed. Plus, he's been championing them for some time now. So, when I came across this record in the Sympathy for the Record Industry box (along with the Calamity Jane record), I snatched it up. Two bucks. And it is awesome. Black vinyl, and label says "new musical science series: volume 2." Hmmm. 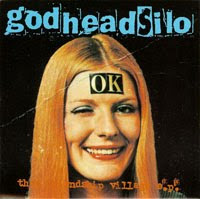 I was listening to a lot of godheadSilo a few months back, and I watched as a few of these popped up on eBay. Glad I didn't bite. Got this four-song 7" for two bucks, which is less than the shipping would have been had I eBayed it. And boy, is it noisy. Also, the labels are reversed. And, in between the two songs on each side the groove in the record locks so it loops and you have to manually move the needle. These nutty guys. 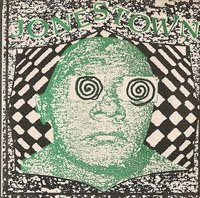 I'm pretty sure I know this band solely from their contribution to the Teriyaki Asthma compilation, which is a nutso song called "Fuck Your High and Get You Up." The two songs here are nothing like that. "Twenty Five Years" is a slow-ish, steady rocker that seems to be about something serious. The B-side is "I Love You, You Big Dummy," which is a much more lunacy-filled Captain Beefheart cover, but still not too chaotic. Cool, though. Green marbled vinyl. Another Sympathy joint. 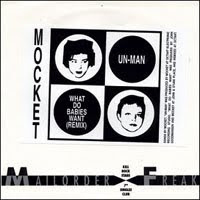 I went from having no Mocket records to almost owning their entire discography in a matter of months. Which isn't interesting aside from the fact that I made very little effort in making it happen. I just keep coming across their records. At this rate, I should be the proud owner of the "Pearl Drop" 7" in the next few weeks. I'm sure I'll come across it. This single is from the Kill Rock Stars Mailorder Freak thing, and is a limited edition of 2000, which you wouldn't know from the three copies at Amoeba. 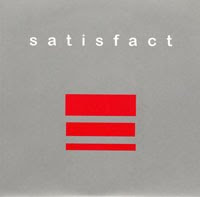 Speaking of Matt Steinke-related bands who's discographies I've inadvertently acquired, according to Discogs, this record completes my Satisfact collection. I've somehow picked up all their LPs, and now there's this. I'm sure my brother will inform me of something I'm missing, but again: fairly impressive considering the amount of effort I've put in. This is possibly their first-ever release...?

Actually, you now own the entire Satisfact discography. No compilation appearances, 3 albums, 1 single. And yeah, this was their first release. Both of those songs are fantastic. Apparently 1,998 people didn't want that Mocket 45 because it is everywhere. Which makes sense. The A-side is from their 3rd album and the B-side is some random remix of an older song. Not their best effort. I have had that Jonestown 45 for years. The packaging and vinyl is cooler then the actual songs. That godheadSilo 45 is sweet. Well done. I want to sift through those K/KRS boxes so bad.