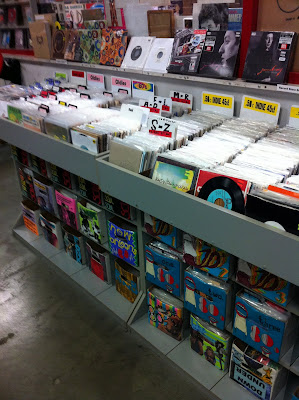 Here's yet another shot of yet another part of the 7" section at Amoeba. I didn't go through any of the 70's or 80's boxes down there, but only because I didn't have time. You can also see the 50 Cent Indie section there, where I spent some solid time. On the far left they even have a section for Hip Hop/Rap 7"s. Now there's something you don't often see.

OK: Think I can get through the rest of my 7" purchases in one more entry here. 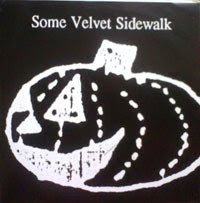 This is my first-ever Some Velvet Sidewalk purchase, which isn't too surprising, but I've always been curious about this band, so I'm glad I picked this up. Found it for 50 cents and figured I'd give it a go. The tracks are exactly as lo-fi as I figured they would be, but actually much more listenable than I thought they might end up. Three songs here, including the title track, "Apple," and "The Burning World." I have a feeling this will not be my last SVS record. 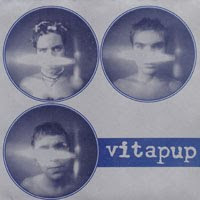 My brother is a big fan of this band, so this caught my eye. The half-dollar price tag and a song titled "Laxative Cat" sealed the deal. The other song (There are two cuts on Side B) is called "My Abortion," which, despite its disturbing title, is actually a really catchy and pleasant tune. Seriously. I've only listened to this record once through, but I'm enjoying it. "Laxative Cat' is a rowdy jam that I can get with. 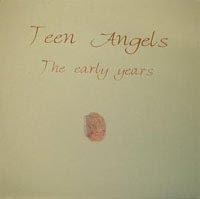 Well, it looks like my Teen Angels collection is almost complete. One more single and I think I've got their shit on lock. Not much info on where these two songs came from, but a re-recorded version of the A-side, "Go Away," would end up on their lone full-length. The B-side, "Nightmare," appears to be only available here. By the way, this is on Scooch Pooch records, whose logo is a dog dragging his ass on the ground. 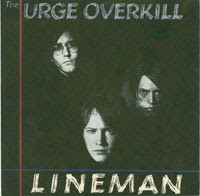 This is one of the earliest Urge Overkill releases (in fact, they're called The Urge Overkill on the front), and their first for Touch and Go, where they would stay for many years. I actually came across this record a few times when my brother and I went to Seattle, but I passed it up because I could have sworn I had already bought it. Upon coming home to find that I did not own it, I kicked myself. And then I found it for a buck at Amoeba. Contains "Wichita Lineman" and "Head On" - not the Jesus & Mary Chain one; a UO original. 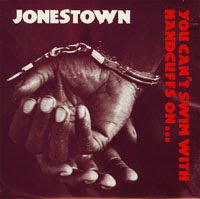 Well, would you look at that: I got another Jonestown single. This one seems to have some sort of political angle to it, which I don't care for. But I'm pretty much down for any piece of vinyl from the C/Z label circa 1991, so I was glad to pick this up. The tracks here are "Recall" and "Screw Crude" and the back of the cover has some long diatribe (possibly lyrics) about how crude oil is bad. Huh. 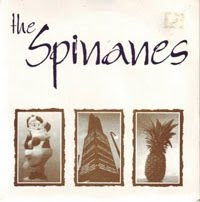 Early Spinanes single that looks to either be their first or (probably) their second release. A little more mellow than the Manos sound they're known for, but whatever: these are cool songs. "Hawaiian Baby" is the B-side, and it's a sparse tune that makes me wonder why this band wasn't crazy famous. Seems like they could have had a wider audience. Scott Plouf is wearing sunglasses in the picture on the back because he is a relentless cool guy. 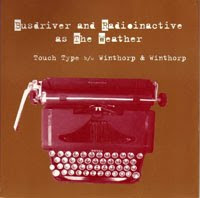 Busdriver and Radioinactive as The Weather - "Touch Type" (2002)

This was mixed in with the indie records when it probably should have been in with the rap stuff, which surprised me given Amoeba's diligent organization. I solved the problem for them by removing it and then buying the shit out of it. I picked up the full-length that these guys did (also with Daedelus) a while back, but didn't even know about this single, and had not heard these songs before. The B-side is called "Winthorp & Winthorp" and it is sweet. Boom. 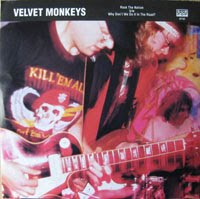 The dude over at Pette Discographies has a theory that "This one can be found at any record store in the world at any time." He may be onto something. I've definitely seen this record a bunch of times, and Amoeba had at least two copies of it that I saw. Still, it's a Sub Pop single from the 90's, it's on clear vinyl, and Thurston Moore is pictured on the back playing bass. And it was a dollar. So I got it. The songs are covers (the flip is "Why Don't We Do It In the Road?") and they are not very good. 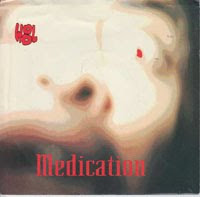 Wool is never quite as good as I remember them being, but I can still get down for this song. And for a buck, I felt it was worth having. It's on clear red vinyl and features the B-side "Marky St. James," which is just a prank call made by a guy claiming to be a metal vocalist trying to get an audition with a band. The track is also a hidden song at the very end of the vinyl version of Budspawn, the LP from which "Medication" comes. Wacky stuff. 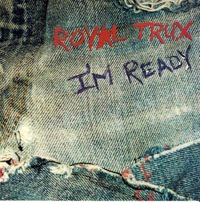 People try to charge far too much for Royal Trux singles on eBay, so I was excited to find this one (and another one) at Amoeba. "I'm Ready" is a great tune from Accelerator, and this thing also has two B-sides: The super-weird instrumental, "P.T. 20," and their own very non-traditional take on the old blues number, "Mr. Crump Don't Like It." I had not heard either of these songs before, so I'm excited about 'em. 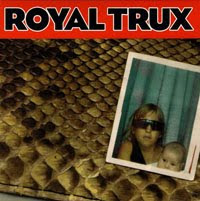 These Royal Trux singles were two of the more expensive 7"s I picked up at Amoeba, but I regret nothing. "Waterpark" is an extremely awesome song, and the B-side here, "Waterpark (version)" is as fucked-up as I expect the Trux to be, crushing the title track down to a barely-recognizable shell of its former self. Is it unlistenable? My wife thinks so. But that's why Jesus invented headphones.

And, if you can believe it, that wraps it up. Let me reiterate: All of these records, combined, cost me around $150. And that's with sales tax. Amoeba has ruined me for all other record stores. Here's another picture I took, after I finally went upstairs and looked around their huge-ass movie section.

Jealous? You should be. Really hoping they send me back down there again next year.
Posted by Wockenfuss at 3:09 PM

Nice work on the Some Velvet Sidewalk 45. The very first Crayon 45 I ever bought had them covering "Pumpkin Patch." SVS are either a love 'em or hate 'em kind of thing. I own one of their cassettes from back in the day and always dug it. Plus they're on every Olympia compilation ever. The dude really goes for it. I am super jealous of that Vitapup 45. I didn't even know it existed until I saw this. Well played, sir. After hearing a couple Jonestown 45s now I am starting to think that their performance on Teriyaki Asthma was an out of body experience.