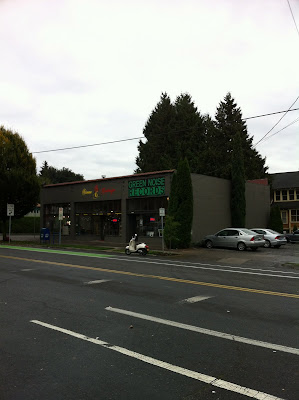 My wife went out of town this weekend, so after I woke up at 3:30PM from my standard Saturday afternoon nap, I thought I'd go check out the new Green Noise on Gladstone, because I didn't have much else I had to do, and I'd been meaning to go take in their new digs.

When I moved to Portland in 1998, I lived about two blocks from where Green Noise is now. Of course, at the time, I think they were still based in Eugene, which is where I was moving from. I still remember buying my grey-marbled vinyl copy of Fugazi's End Hits from Green Noise in Eugene. Neat story, I know. They were over on Clinton St. for a long time before they recently moved, and they were somewhere else before that (here in Portland), but now I can't recall where. Anyway, they're over on 38th and Gladstone now, and along with a few other shops, they seem to be cleaning up that little area quite nicely. When I lived over there it was just boarded-up shops and an alterations store that looked like a great place to get gutted.

So, yeah, I went over there. It seems like there's less square footage than there was at the Clinton St. location, and it doesn't have that lived-in feel to it yet, but I'm sure they'll get there. There's no upstairs bargain area anymore, which I will miss. But, you know, it's still the same ol' Green Noise. Sometimes there's a ton of shit there that I want, and sometimes I can't find much at all. Today was one of those days. I poked around for an hour and ended up getting one thing: 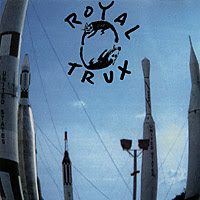 This is the 2010 reissue, and I'd prefer to have the 1993 original, but this was used for eight bucks so I picked it up. If I ever see an original copy I'll probably get it and get rid of this, but I haven't felt the need to actively pursue this one too bad. Though I do love this record. The repress looks exactly like the original (aside from a "0" missing from the catalog number on the spine), so it's not like I'm missing out on anything.

There were a few other things at Green Noise that I had my eye on, but nothing I couldn't live without. But, of course, I wasn't satisfied, so I decided to head over to Crossroads because I hadn't been there in months. 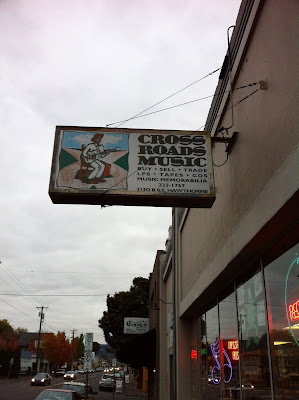 As usual, I found way too much stuff there and had to actually put some stuff back, which sucked, but it wasn't anything I'm kicking myself for now. There were also a few things that I wanted but couldn't pull the trigger on because of the price, most notably this: 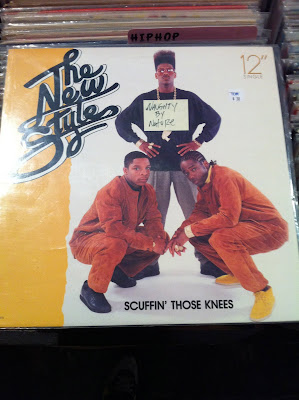 12" single from Naughty by Nature when they were still known as The New Style. 30 bucks. Ugh. Almost worth it for Kay Gee's incredible hi-top fade, but not quite.

I ended up spending about an hour and a half there, and aside from some dude who kept trying to talk to me about every song that the guy working there was playing ("Stevie Wonder! That's my man right there! I haven't heard this song in forever!"), it was the usual pleasant experience. I walked out with a nice little stack. Here's what I got: 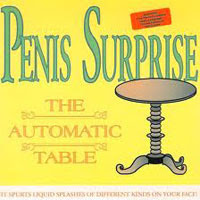 When you come across a record from a Finnish band called Penis Surprise from 1992, you pretty much have to buy it, right? The fact that it's a limited edition of 500, has nine songs on the first side and one on the second, and features song titles like "Homo Helpers" sealed the deal. Oh, and it was a buck. This is some really bizarre shit. It's Finnish dudes trying to sound like Dead Kennedys and not quite getting there. They also don't speak English too well. Sample lyric from "Thank You," which is 16 seconds long: "I just wanted to stare but then I had to fuck the ass/ But I don't mind 'cause anything goes/ Thank you, ten grand is here." Good stuff. 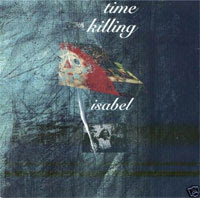 These guys were one of the more successful local Salem grunge-type bands when I was growing up there, and though I don't think I ever saw them, I definitely remember their name, even though it might just be because they appeared on one of the I-5 Killers comps. Regardless, this was a dollar, and it's on the Schizophonic label, which was based out of Salem and I think had something to do with the Dandy Warhols at some point. The record is pressed on half-black/half-green vinyl, is a limited-edition of 1000, and features "Back Against" on the B-side. And it sounds like a young Salem band from the 90's. 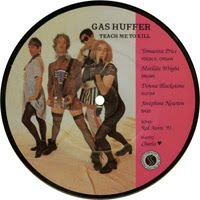 The Gas Huffer singles just keep coming. This one is a split with the Red Aunts and features each of the bands doing a cover of a song by the other one. The Red Aunts do "Cupcakes," which is actually "Hotcakes" with the lyrics changed in some spots. It's pretty sweet. Picture disc, with the Gas Huffer dudes in lady clothing and the Red Aunts ladies in dude suits. Sympathy label. 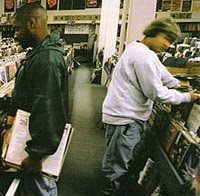 I was almost positive the copy I got of this was a repressing, because it's in really good shape, but apparently I lucked into an original. I've been wanting a good copy of this for a while, but didn't want to pay 20 bucks for a reissue. Got this one for 12, and it's a beauty. Thick gatefold cover, inner sleeves with pictures, and two slabs of clean wax. Mo Wax label, original UK pressing. Boom. 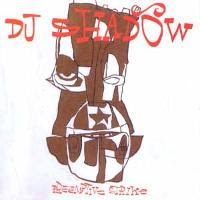 When it comes to DJ Shadow, I'm way more in touch with Endtroducing... and his work with UNKLE than anything else he's done, and lately I've been feeling like I need to remedy that. So, when I saw a less-than-mint copy of this 2xLP set for six bucks, I snatched it up. Haven't listened to it yet, but this is a comp of Endtroducing...-era stuff that didn't make it onto that record, so I'm excited to get to know it. 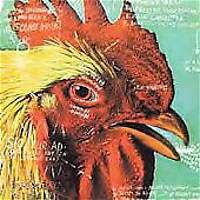 The last time I was at Amoeba in Hollywood there was an original press of this EP in the racks when I walked in, and I took note of it. When I went back to get it 15 minutes later, it was gone. This record's not exactly hard to find, but people try to get 20 bucks for it, and there's only four songs on it. I found this original copy today for half that, and was happy to add it to the collection. Kind of embarrassing that I didn't already own it... 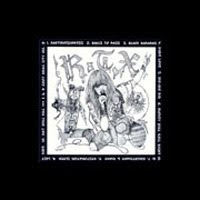 This is the LP version of RTX's Western Xterminator and features the exact same album, only with a different title for the album and the title track (it's now called "Radtimesexpress"). The Drag City website says something about a cease-and-desist order, but who knows what that's about. Anyway, I've been looking for this used for a long time and never see it, so I was happy to find it today. This is a weird-ass LP, but I like it a lot. Sleeve is plain black, the cover is a sticker, and the LP labels are blank white. Seriously: weird. 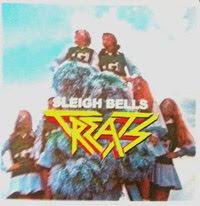 Another one that I had been waiting to find use, and one of my major guilty pleasures over the past few years. Feel free to clown me for liking this record, but I love it. This is the picture-disc version on thick vinyl that actually sounds good, which is rare. I've been listening to a jacked digital version of this forever, so I'm glad I finally have a legit copy.

And that's pretty much it. I bought a bunch of bargain LPs, too, but they aren't worth mentioning here. Besides, I'm sure they'll pop up somewhere else eventually.
Posted by Wockenfuss at 12:44 AM