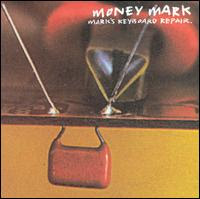 Man. In the mid-90's, I could not get enough of this album. Of course, I should mention that I was really high at the time.

I was down for anything Beastie Boys-related, so when I came across the CD by their main keyboard guy, I decided to get semi-obscure and scoop the shit up. While it wasn't exactly what I had hoped for (would a Mike D guest spot have killed him?), I ended up liking it more than I thought I would. It's mostly instrumental, has a scratchy vintage feel to it, and moves along quickly. There's thirty tracks, but they're all relatively short, and they all have memorable grooves.

I have not listened to this CD in probably 10 years. But I will keep it. Because it's fun. And it reminds me of how I used to push this record on people via mix tapes and/or playing it all the time, and nobody cared.

Did I mention I was really high at the time?

"Pretty Pain" and more.
Posted by Wockenfuss at 1:08 AM