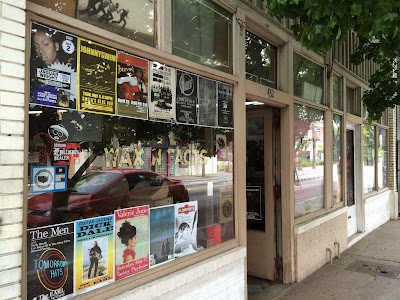 I got home from Los Angeles on a Saturday night, spent Sunday at home, and left for Atlanta at 10AM Monday morning. By Tuesday night I was in Little Five Points hitting the spots I knew I had to hit. I began at Wax 'N Facts because it remains one of the greatest record stores in the world. Wish I lived near there so I could properly go through that place. So many buried gems.

As it was, I had about 45 minutes there. Still found some great stuff at stupidly fair prices: 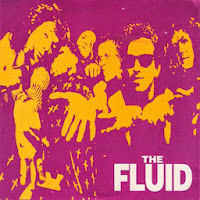 I'm not even a huge Fluid fan, but this live bootleg was one dollar. Saw it at a store the next day in a different part of town for 8. Would never have paid that. Four songs and not a terrible recording. Plain white label on black vinyl. 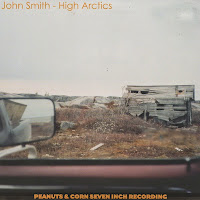 A 12-year-old 7" record from one of my favorite Canadian rappers, in a bin in Atlanta for $1.50. Oh, the adventures you have when you travel the country record shopping. Did not expect to find this really anywhere, let alone here.


I also found cassette copies of Naughty by Nature's first two albums. I somehow lost my tape of 19 Naughty III at some point in the last 20 years and it feels good to have it back. Now this, this is where I really shine at Wax 'N Facts: 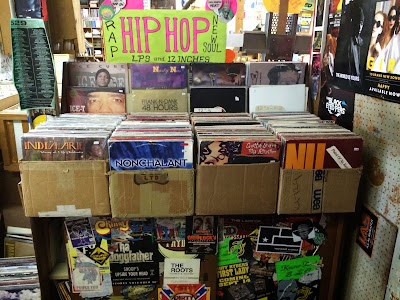 Ohhhhhh just look at it. Hard-to-find records at prices that make you feel good about being a person who pays money for music. Got some great stuff: 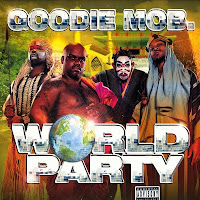 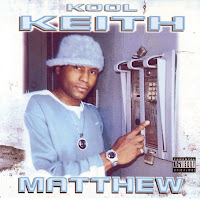 This is the first Kool Keith record I've ever owned. That is sad, but I'm glad it's this one. "Keith N Bumpy" is a hot cut, and the cover of this is one for the weird-ass ages. 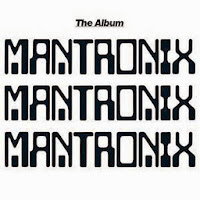 Why not. This isn't a particularly rare record, but it is old and a little bit tough to find a nice original copy for less than 10 bucks. This one was less than that. And I don't know if I've really heard most of this. 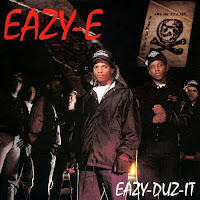 Been looking for a decent, original copy of this record forever and I finally found one. In great shape and they wanted 15 bucks for it. Straight-up fair. Still know every word to this record and I think I always will. 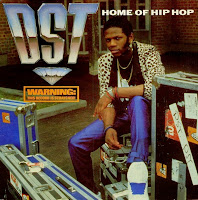 Loved the cover, loved the dude's sideburns. Very 1985 - still railing on about how The Bronx needs more respect. Seven-minute title-track backed with a dub and another alternate version. 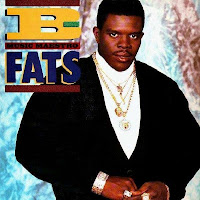 The dude's name, his sweater, the fact that this was sealed with the original promo sticker from 1989 and only cost five bucks: couldn't not drag this home on an airplane. B-Fats. I mean come on.

I also bought some Billy Idol records, but I'm not trying to brag about those. Next I walked a block over to Criminal Records, which is becoming less of a record store and more of a comic-book shop every time I go there, but there's nothing wrong with that. And maybe I'm just imagining it. 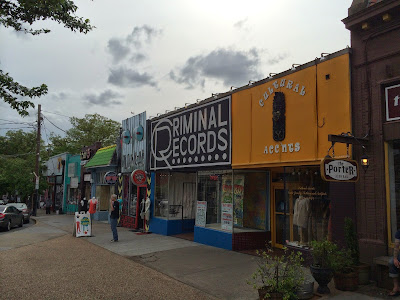 Criminal has a lot of new vinyl, which is great, but I was mostly concentrating on used stuff. Only got a few things: 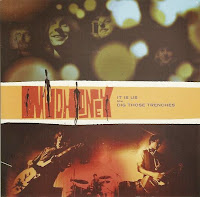 One of those random semi-recent Mudhoney singles that I didn't already have. B-side is "Dig Those Trenches," an original non-album track. 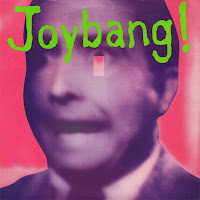 I bought a Joybang! 7" the last time I was in Atlanta. From what I can tell they were a local grunge-ish rock group in the early/mid 90's. This single is on blood-red vinyl and was not on Discogs so I went ahead and added it. 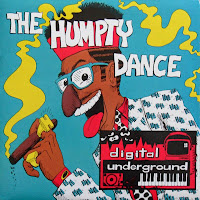 My Digital Underground 12" collection grows ever more official. I was hoping this one would have more substance - the phrasing in the track listing makes it look interesting, but it's really just the radio edit, a version that is indistinguishable from the album cut, and a short instrumental thing. Still good to have. 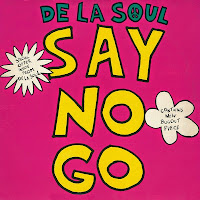 I thought every song on here would have ended up on the bonus disc for 3 Feet High and Rising, but the "Say No Dope" mix that leads this thing off is new to me. I'd heard the other remix before, but whatever. Still such a great song. And of course there's a picture sleeve on the inside with a special offer from Don Newkirk to get Dan Stuckie or whatever.


Here's a cool thing that was on the front window at Criminal: 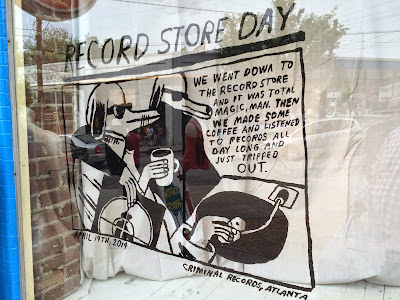 Next up: I get mobile, try to check out two stores I'd never been to before, but only get into one.
Posted by Wockenfuss at 2:15 AM