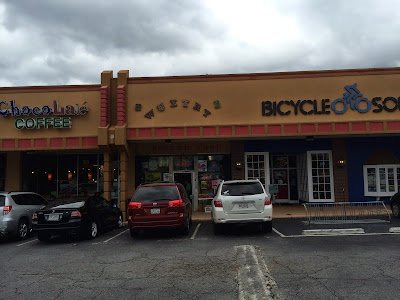 I had a spare few hours on Wednesday afternoon, and my main mission was to check out Full Moon Records, which had been recommended to me by someone who I must have trusted because I made a point to write it down in my phone.

(Side note: after having kind-of a bummer time taking taxis the day before, I decided to officially sign up for Uber, which I had first used the week before in Los Angeles. We don't have it in Portland for some cool Portland reason, so I'm behind the rest of the country on this. I used it for my trips around town and it was cheaper, faster, and involved no cash or tipping. Now I know why people want it here so bad. Made getting around town amazingly easy and not-uncomfortable-ever. I don't ever take cabs in my own city so I guess I personally don't care if it's here, but man: I'm all about that when I travel now. No going back.)

Full Moon is one of those annoying record shops with absolutely no online presence, so I was relying on Google/Yelp/whatever-popped-up-on-my-phone to get me where I was going and to get other info. I got all the way over there, said goodbye to my ride, walked to the door of the place, and it was closed. At 4 on a Wednesday. Turns out they're only open Friday and Saturday, even though the internet told me they were open weekdays. Not a huge deal; just more of a waste of my time, which is what I get stressed about when I'm in a city I don't know and I've got three hours to get to two more stores.

Someone had also tipped me off to Wuxtry Records, so I decided to hit that next. Had a little trouble finding the exact storefront because as you can see up top there, it's just part of a plain-ish little strip mall. Also it's actually in Decatur, which I have heard of because of Outkast songs. Here's a closer look: 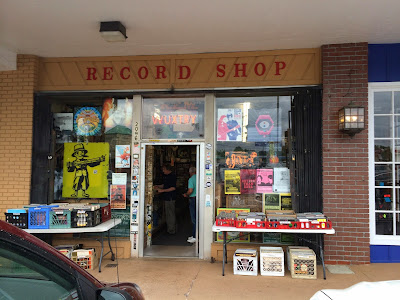 Now that's what a record store should look like. I bought a handful of dollar records from here, and though I dug through all their 7" records and some other stacks, I didn't find a ton of stuff. Here's what I did get: 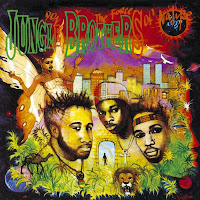 I've had this CD forever - I bought it from a cutout bin at Fred Meyer in 1991 - but I'm not sure I've ever come across the original vinyl. I may have paid about four dollars too much for this, but it's in great shape. And 1989.

Here's a shot of the inside: 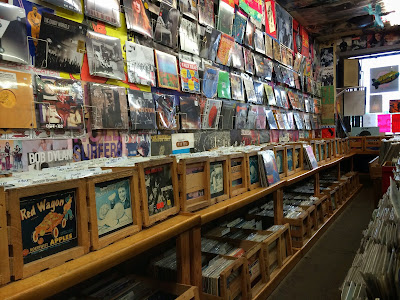 They've been there for a while. 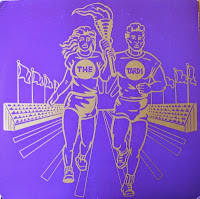 The Tards recorded their debut 8" (yeah that's right) at Smegma Studios here in Portland. When my brother and I were getting our first album mixed at Smegma in 2000, that record was hanging prominently on the wall and we stared at it for two days straight. It became one of the many memorable things about that experience, and I actually bought my brother a copy of I'm Just Like You for his birthday a few years ago. I found their other two records at Wuxtry. This is one of them. SFTRI. 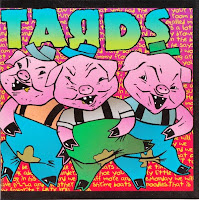 This is the other. This one was recorded at Smegma, too. Were these lunatics a Portland band? Meh, I don't feel like doing the research. This is the third official release from the Man's Ruin label. Kicking it off big. Purple marbled vinyl.


I figured I had just enough time to make it over to Fantasyland, which I hadn't been to since my very first trip to Atlanta back in 2011. It's still there: 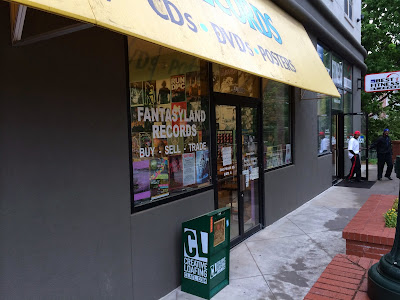 And it is still a great place. I had nowhere near enough time, but I stayed until they kicked me out at 7 and I did all right. Picked up two Urge Overkill cassettes (Jesus Urge Superstar and Exit the Dragon) as well as two other tapes: a really early 2 Live Crew album and They Might Be Giants' John Henry.

Here's a shot of the inside of Fantasyland: 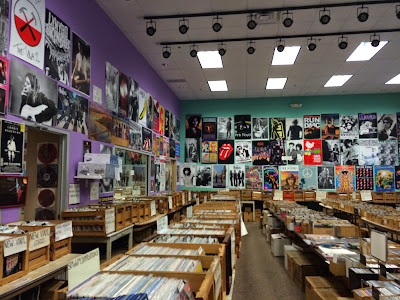 Here are the records I picked up: 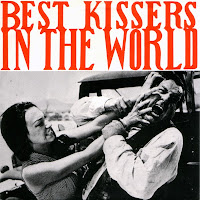 I had the black vinyl copy of this. This is the not-very-elusive red wax. 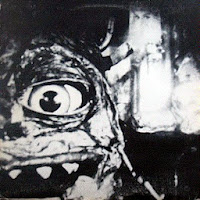 Complete with original 32-page comic. My SPBT collection is pretty sweet at this point. 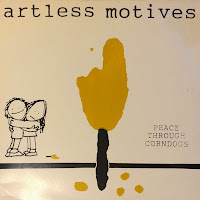 Never expected to see this record for the rest of my life, and then there it is in a bin at Fantasyland in Atlanta, GA. These guys were from Eugene, OR, and friends of friends and it's a long story. I used to have this record and must have given it to my brother. It's actually a split with a band called Bicker. All inserts, and you know there's about 12 of 'em because it's a DIY punk-rock record from the 90's! 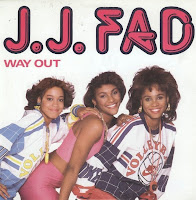 1988. Produced by Dre, Yella, and Arabian Prince. Executive produced by Eazy-E. On the Ruthless label. And it's just straight dance-rap good-time party music. The N.W.A. crew knew how to diversify. 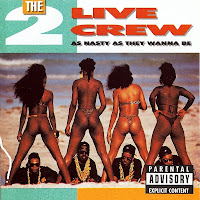 I will never even listen to this, but for some reason I feel like I should own it on some acknowledgment-of-the-free-speech-struggle shit or something. Great copy of it, too. 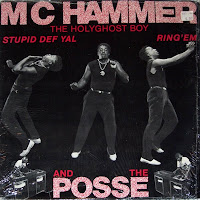 Excuse me: "MC Hammer The Holyghost Boy and the Posse." Shit like this makes me realize I don't know anything about rap in the whole scheme of things. Never seen this before; didn't even know it existed. It is incredibly terrible, even if I picture Hammer busting hot moves on top of it.

And that was that. I'll leave with you a shot of one of the many back rooms at Fantasyland. 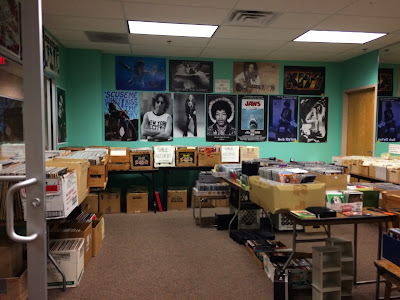 It really is a magical place.
Posted by Wockenfuss at 4:47 PM