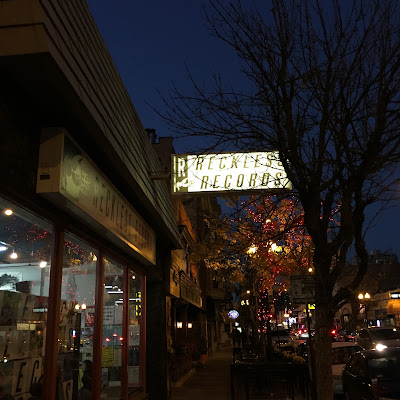 I left the downtown Reckless and headed over to the larger one on Broadway, leaving myself about two hours to do as much damage as possible. I bought about 10 rap tapes that I already put away for some reason, so I won't be talking about those, but rest assured they are sweet.

This is a great record store. The other Reckless is good, too, but it's just a much tighter space. This one feels less chaotic and has more stuff, so it's a more pleasant experience. Here's what I grabbed: 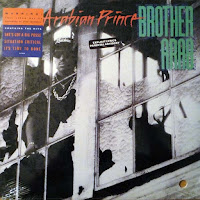 One of those albums that I always thought about buying when I was young, when I was crazy into NWA, but I never pulled the trigger. I can't remember if someone told me it wasn't great, or if I was just going off Arabian Prince's verse on "Something 2 Dance 2." Either way, this isn't a terrible record, it's just bad compared to Straight Outta Compton. And nary an NWA member in sight... 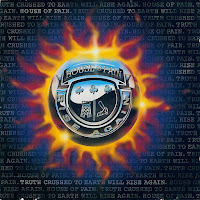 House of Pain - Truth Crushed to Earth Will Rise Again (1996)

You would think House of Pain vinyl would be readily available on the cheap. I mean, you'd really probably guess that, right? I've been actively looking for HoP records for like five years, in different parts of the country, and my collection, before finding this not-mint-at-all white-label promo copy of their final album, consisted wholly of a "Who's the Man" 12," and it's been three years since I found that one. Shit's a commodity, apparently. 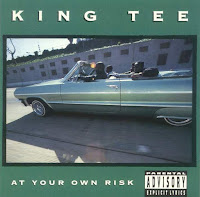 Another tape that I looked at all the time when I was a teenager, but never ended up with. Beats on this are serious West Coast shit. Dope track with Ice Cube that catches him fresh out of NWA, too. 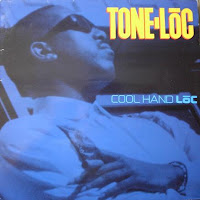 Think I might have paid two bucks for this. It's actually not a record I see that often. Listening to it right now. It is not very good. Two and Tone's out! 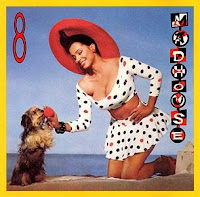 Prince's jazz-fusion band, that is really just Prince and another dude. Man, the shit that guy pulled in the 80's. Realized it's high time I upped my Prince Side Project game. And I wasn't done yet! 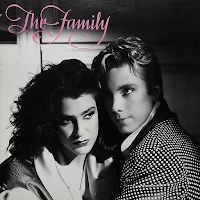 I'd seen this record floating around some Prince sections before, but I never realized exactly what it is. First off, it's one of those projects where Prince is writing all the songs but isn't in the band and gives the liner-note writing credits to someone else. But, on this one he does take credit for one track: the original version of "Nothing Compares 2 U," sung here by St. Paul, the dude on the cover. And that's not Wendy Melvoin: it's her twin sister Susannah. Great blog post about this group right here that tells the whole story. I found their "The Screams of Passion" 12" a few days ago here in Portland and that's pretty much their full discography. 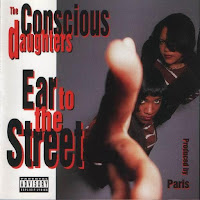 The Conscious Daughters - Ear to the Street (1993)

Female hard-ass rap duo, produced by Paris in 1993. I had heard their name before but never put the Guerrilla Funk connection together. Beats on this go hard, as expected. And the flows are smoooooth. 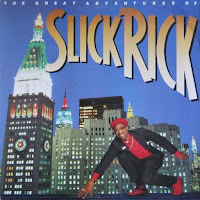 This was an album that I knew of when I was younger, but never owned a copy myself. Got a nice one here: original copy in great shape. Never really been a Slick Rick fanatic. More of a Dana Dane man. 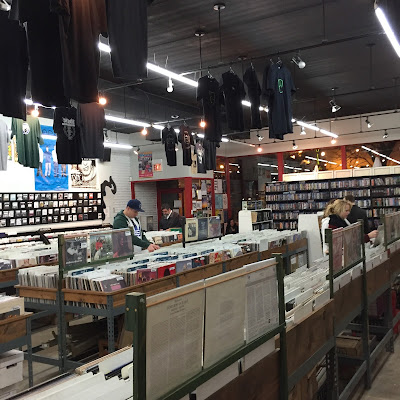 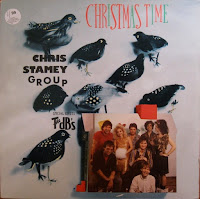 With special guests The dBs! College-rock Christmas from what I can tell. My Christmas crates are getting deep. 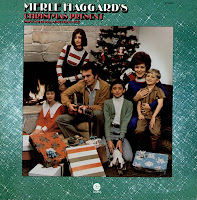 And deeper. Seems like this will complement the shit out of the Johnny Cash one I got. Pilled-up country Christmas! 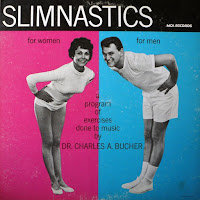 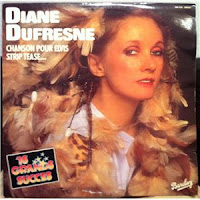 No idea. Though it's already more bizarre than I thought it might be. 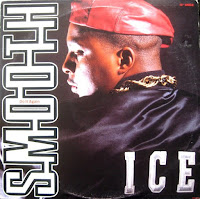 I picked up Smooth Ice's sole LP earlier this year at Amoeba in LA and ever since, I've been mad curious about this dude.

Here's the deal: Run-D.M.C. started two record labels in 1990: JMJ Records, which put out stuff by the Afros and eventually Onyx - and was Jam Master Jay's imprint, and JDK Records, which Run and D started with a guy named Kijana. (The JDK stood for "Joe Darryl Kijana," natch.)

Smooth Ice is the guy Run and DMC picked to be the premiere artist on their new label. They made a really expensive-looking two-part video for two singles - "Do it Again," the track from this 12", and "Smooth But Def." In the clips, Smooth Ice is shown skydiving, piloting a helicopter, engaging in hand-to-hand combat while scuba diving, and commandeering a submarine with his name on it that transforms into a rocket ship. When Run-D.M.C. appeared on Rap City in 1990, right after these singles dropped, Run referred to him as "The James Bond of hip-hop."

The videos - not to mention the LP, which was front-to-back produced by Run-D.M.C. - are notable, in my opinion, for the sheer amount of money and cosign given to a guy who has no charisma, no lyrics, and looks anything but comfortable in front of a camera or while holding a mic. Dude's kicking '85-era battle raps in a post-Amerikkka's Most Wanted world while rocking a leather Kangol and a fat dookie rope. Shit's bizarre. And to add another level of strange, apparently he produced a few tracks for Nikki D.

JDK Records only ever released music by one other group, FU2, which didn't work either, and JDK was over. In that Rap City clip, though, DMC runs down a list of names of groups that were going to see release on the label in 1991: Royalties of Rap, The Mic Professor, Proper Authority, and Top Quality, who is the only one who seems to ever have released any music at all. 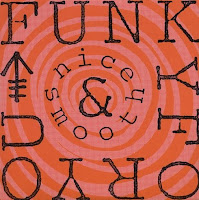 I really should have listened to more Nice & Smooth when I was a teenager. Been trying to track down their vinyl and it's tough. Think this might be my first slab. Dub, remix, and non-album track. Solid. 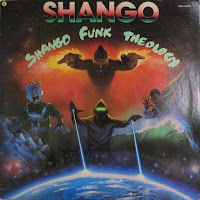 
Here's a dog that was hanging out behind the counter at Reckless: 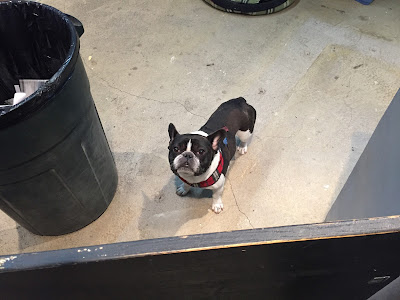 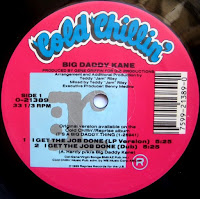 Guess I didn't have this. Now I do. 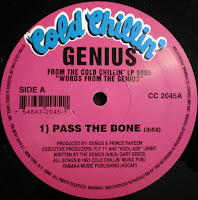 Early days of the ol' GZA. I think this might even be a repress, post-Wu-Tang blowing up. It was like 2 bucks. 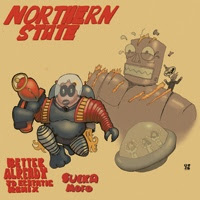 Closing it out with a single I didn't even know existed. Kablam.

All in all, a damn fine trip. One of the rap tapes I got is Daz's first album, and that was worth the effort alone. Left a bunch there that I wanted, though. I'll get back. 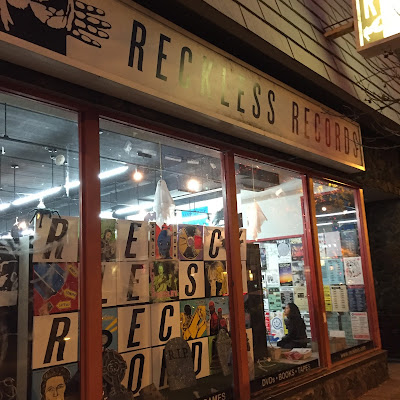 Posted by Wockenfuss at 7:40 PM