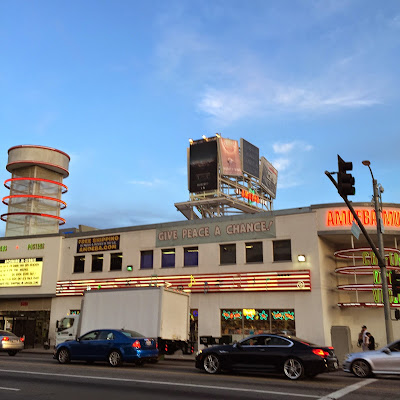 I went to the Veggie Grill before I hit Amoeba. (For sad, record-buyin' fuel!) One of the Odd Future kids was in there, waiting for someone to recognize him. No one did. Well, I guess I did, but I didn't know which one he was. And I wasn't saying anything. 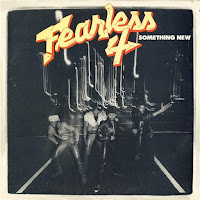 All they talk about is how "new" this all is when they're rapping over what's pretty much a straight loop of Gary Numan's "Cars." But that's the tail-end of the disco-rap era, baby. Two songs on here and they're both pushing seven minutes. You already knew that. Also funny to see rap music on the red Elektra label. 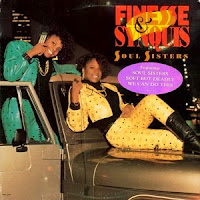 So many reasons why I wasn't walking out without this one - 1988, the cover with the leather suits and cell phone, the fact that it's lady rap - I plan to treasure this single. 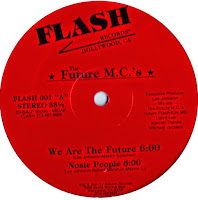 Electro-rap from '84 that slides some R&B in there, too. Private press-ish but distributed by Macola? This shit's actually really interesting. Now I gotta see what this "Beverly Hills Rapp" is all about. 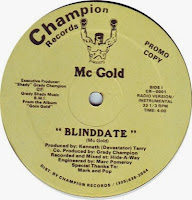 Not a misspelling in the title there. Story rap about how M.C. Gold went on a blind date and the girl was fat. Goofball shit, but I couldn't resist the Champion Records label and I really had to hear what M.C. Gold sounded like. Steady with this Miami shit. 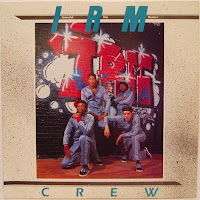 The Immortal Rap Masters Crew is stompin' into '86, but both their outfits and this music scream '84 much louder. Still: this is a solid little 12" to have. Big beats. And yes they heavily sample the I Dream of Jeanie theme for the title track. 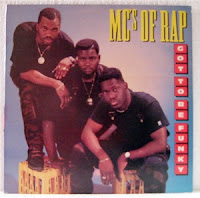 After picking up the MC's of Rap's debut album at the beginning of this month, I was already in the market for their sophomore (and final) LP.

Didn't take me nearly as long as I thought it might. 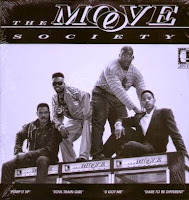 The one and only release from this Jersey quartet, and this is an EP with a few bonus cuts. "Soul Train Girl" seems to be the jam.

Loved this dude's name, loved the cover, and I had to hear what it sounded like. The title track is actually called "I Be Sidin' (Side to Side)" and I'm down to bounce wit it. The B-side is "In the 916" and it's much more roughneck. 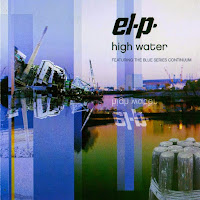 One of my more high-ticket purchases but it wasn't that high. I've never heard this record and I'm looking forward to it. 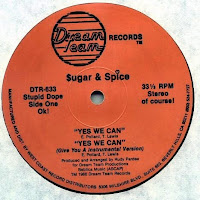 Four years ago, on my second trip to Amoeba, I picked up a 12" single by a duo called Sugga and Spice, which features one of my favorite album covers in my collection. When I picked up this sealed 12" and saw the name, I knew it was spelled differently, but I was almost positive the other group was also on Dream Team Records, so I thought they might be the same group. Turns out they are, and I now own both of their releases. 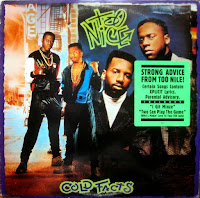 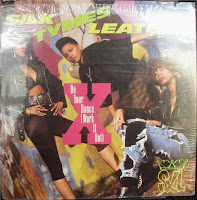 More lady rap and another 12" with a bunch of cool bonus shit on it. Get it, girls.

Fly with the dance moves.

Yes, you're reading that right: the hit song off this record is called "Your Ugly," and it is about people who are ugly. Got this record for two bucks. Apparently it never came out on CD, so that's something. Man, these dudes just chop up Queen like a hundred dudes hadn't done that already by '87. 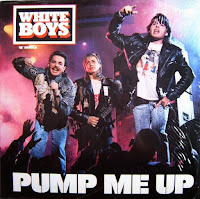 I bought a different 12" by these low-rent Beastie dodes at some point in the past two years and it continues to be something that I can't look away from.

I can't believe it's real. 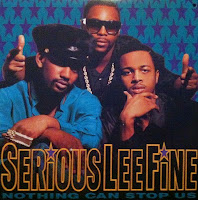 Nothing can stop them, except maybe that name. Wonder how much they regret picking that. Or having it picked for them - this was a major release on Arista, and it's even got the Russel Rush imprint on the back and was produced and mixed by Jam Master Jay and Davy D. Legit. 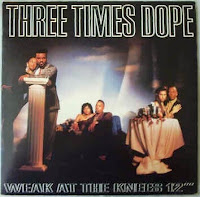 These dudes are so legit. This 12" is also solid: three different mixes of the title track with no need for the inclusion of the album version. I respect that. 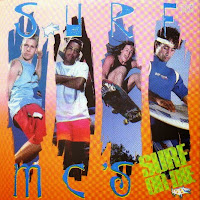 When I was a kid and looking for Run-DMC tapes I would sometimes see this cassette. Crazy enough it's even on Profile, the same label as Run-DMC. I guess that's why I bought this. Wasn't because the music's good!

Though it does have its own sun-drenched charm. 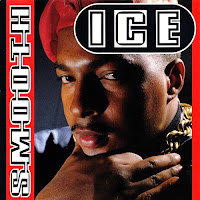 "Produced by Run-DMC." Just more proof that I know nothing about rap music. Never heard this one.

Also never heard of JDK Records, which is the sub-label that this is on. Does Jam Master Jay have something to do with this, too? Maybe I'll look further into it someday. Probably not.


That's all the records. Here's what they looked like: 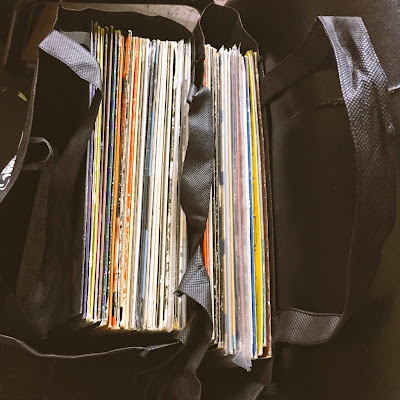 And here's the two lone cassettes I purchased: 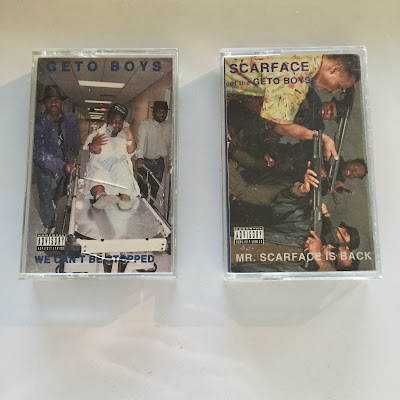 Now those are the real deal.

Thanks for sticking with me. I gotta go file all this shit.
Posted by Wockenfuss at 8:06 PM