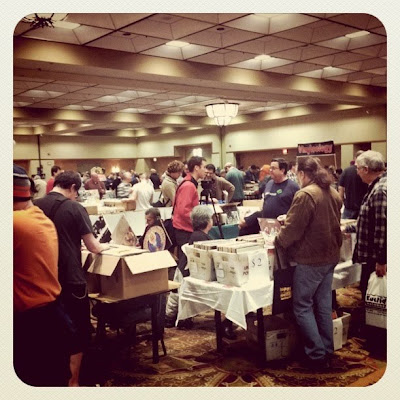 I'm still reeling from all the sweet purchases I made on Sunday. I went through the 7" singles I bought in my last post, so now let's get down to the 12" haul. 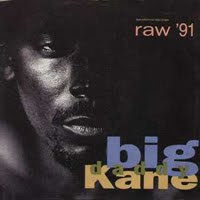 My Big Daddy Kane vinyl collection is embarrassingly lacking, and I try to remedy that whenever I'm at shows. Sadly, there's hardly ever any Kane to be found. So, I was not unstoked to find this maxi-single for a cool five bucks. Pretty random selection of songs: a "Master Mix" of "Ooh, Aah, Nah-Nah-Na;" a "Remix Radio Version" of "It's Hard Being the Kane;" and a remix of "Taste of Chocolate." There's also a few album versions and an instrumental. The songs on this single are off two different Kane albums, making the whole thing even weirder. Cool mix. 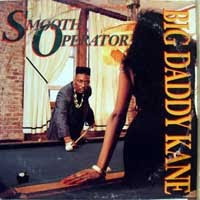 Another Kane 12" single, but this one's from the untouchable It's a Big Daddy Thing era, and features a sweet cover with the Big Daddy in full-on high-top fade mode. Just playing some pool with a hot lady, as Kane was known to do. Features the title track and "Warm It Up, Kane," as well as "Dub" versions of both. Interesting what passed for a dub in '89. It's really not much more than the exact same instrumentals, with Kane's vocals randomly cut in and out. Weird. It also says "Thanks to my man, Rick James" on the back. Nice. 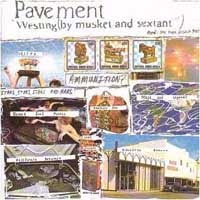 Pavement - Westing (By Musket and Sextant)

I always wondered if there was an "original" version of this, because I'm fairly certain it's still in print on vinyl, and I never had much interest in buying a copy that came out this year. I dig this record, but it's definitely the Pavement album I listen to the least. Still not positive if this differs from the current version of this LP that's still in print, but it feels thicker, has an inner sleeve with artwork, and still has a Drag City catalog from 1993 in it, so that's good enough for me. 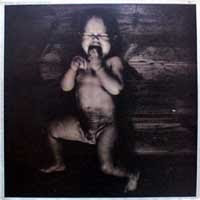 I have always wanted this single, but have never wanted to cough up the exorbitant amounts that some people think it's worth. Finally found it for a reasonable price, and snatched it up. This is the single that contains the alternate versions of "Gigantic" and "River Euphrates," as well as the badass live takes on "Vamos" and "Heaven (Lady in the Radiator Song)." For some reason, the Complete B-Sides comp that came out ten years ago didn't feature the two alternate studio cuts, so I'm happy to finally have legit copies of both of them. And yes, the cover is disturbing. 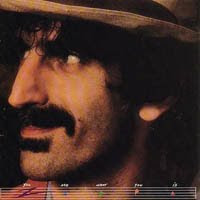 Frank Zappa - You Are What You Is

When it comes to records that I've been putting off buying for years, this one has been leading the pack for a while. The list of Zappa records I don't own is dwindling, and this (along with Them or Us and a few of the jazz/orchestral ones) is one of the last not-hard-to-find ones that I've needed to add to my collection. I haven't even been listening to Zappa lately, and probably won't listen to this any time soon, but it's nice to know it's there. Solid copy. Gatefold, Barking Pumpkin label. Original dust sleeves with lyrics. 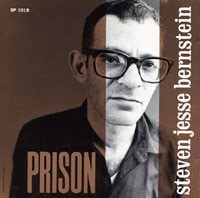 Did not expect to walk out of the show with a copy of this record, but here we are. I've been keeping my eye out for this LP forever, and I've never seen it. I've had it on CD for going on 20 years, and though I don't listen to it too much anymore, it's one of those records I never plan to not have. The one I got is actually the German version, which makes the whole thing even more weird. Same track listing and everything, just more of a plain label then what I assume the US version has. Really excited about this one. 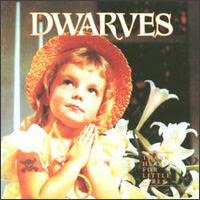 Hey, now I own two Dwarves records! Again: please don't judge me. There's just a part of me that hears a song like "Blag the Ripper" and can't believe that it exists. It's just too absurd. Combine that with the fact that this is a Sub Pop release from 1991 and it's pressed on sweet, sweet marbled yellow vinyl, and I couldn't pass it up. Though I did pass up a copy of the album after this, Sugarfix, and I'm not sure why. Sort of regretting that now. But not too much. I have a feeling my Dwarves phase will be short-lived. 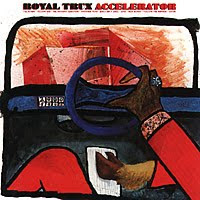 Original copies of Royal Trux LPs are rarely spotted in the wild, so you've got to act quickly when you see them. I've never seen this one floating around before, so I was more than happy to pay possibly a little too much for it. Was hoping to find some Trux at the show, and I couldn't believe it actually happened. Looking forward to spinning this one and making my wife hate me, even though this record features some of their more bearable tunes. Still not mad palatable. But I've been obsessed with them lately. It's a beautiful train wreck. 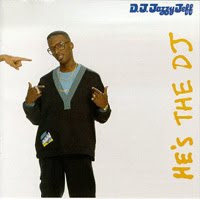 We were getting ready to leave the show because we had to meet a friend for lunch. I had this record in my hand, and had seven dollars left in my pocket. This record cost seven dollars. I bought it, walked out the door, and wondered why I purchased a record that I have very little intention of listening to. I had this tape when I was in grade school; maybe I thought I might want to relive some memories. We'll see if that ever happens. I doubt it will. 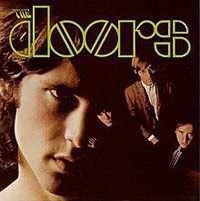 The Doors - The Doors

I am an unapologetic Doors fan, but my LP collection has not, in the past, reflected that very well. Decided to actively remedy that situation at this show. I began here, with a sweeeeet mono copy of the band's first record. Original gold label, original inner sleeve, and just an all-around awesome LP to own. The vinyl isn't in perfect shape, but for an LP this semi-rare, I'll take it. Plays great, and is definitely worth way more than I paid for it. Could not be happier about this one. 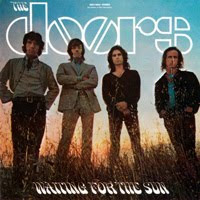 The Doors - Waiting for the Sun

The copy of this LP that I've had since high school isn't a great one. Butterfly (non-original press) label, the sleeve was all jacked up and unglued, and I spent my youth playing it on shitty, shitty record players. Decided to replace it with an original gold-labeled version with an intact cover and smooth-ass vinyl. It's got some dude's last name lightly written in the upper-right corner, but what the hell. Still an awesome copy of this great, great album. I will enjoy it. 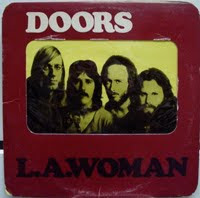 If you're going to buy this record, you've gotta get the original version with the rounded edges and the see-through cellophane windowed cover. I'd been meaning to purchase this forever, but for whatever reason, never pulled the trigger. Since I was in Doors-buying mode, I told myself if I found a solid copy, I'd pick it up. I did, and I did. Nice and clean, with the original inner sleeve. Happy to finally have it on the shelf. 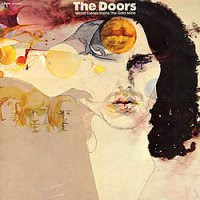 The Doors - Weird Scenes Inside the Gold Mine

I've said it before and I'll say it again: this is the Doors collection to own. Skip all those best-of comps that all contain the same songs, and go right to this one. Not only does it include the sweet b-sides "Who Scared You" and "(You Need Meat) Don't Go No Further," but it also pulls sweet moves like not including "Light My Fire," and making "Peace Frog" and "Blue Sunday" one track, like it always should be. I've had this on cassette for a while, but I'm glad I finally got the double LP. Never been issued on CD, and probably won't be. Great batch of hits and deep cuts. 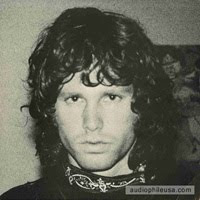 My first foray into Doors bootleg country. These are usually priced too high for me to want to take a chance on 'em, but this one dude at the show was selling all his stuff for half-price, so this 2-LP set was rendered affordable. It claims that it's a "French Fan Club Release," but who knows if that's true. Whatever its origins, the content is interesting. The first LP is an audio version of the The Doors Are Open film that has since seen VHS/DVD release. The audio from the film was never great, and this version doesn't improve on it. The good stuff here is on the second LP, which houses tracks from a show in Sweden in 1968 (including Morrison doing "Mack the Knife" at the beginning of "Alabama Song," which I'd never heard before), dubbed versions of the two songs they did on Jonathan Winters in 1967, a rambly version of "Who Do You Love?" from the Matrix in 1967, and clips of Morrison's drunken rantings ("You're all a bunch of fucking idiots") from the infamous 1969 show in Miami. I gotta say: I'm actually pretty impressed with this thing. Would have died to have had it 20 years ago, but I'm still happy to have it now.


So, that's what I bagged. Also picked up three VHS tapes for a dollar each: The Beastie Boys home video from Licensed to Ill, Metal Mania from 1986, and a Jane's Addiction 1991 bootleg that is of shitty quality but I've still managed to enjoy half of. It's one of those specials they show in South America on TV and then gets passed around for years. Pretty sure mine's an 85th generation copy.

Boom. Time to start saving for the Night Owl show in April.
Posted by Wockenfuss at 11:20 PM

Nice to see you finally adding to The Doors collection, you derelict. I never even knew that they made "Prison" on vinyl. Every time that album comes up on the shuffle Angie gives me a funny look. I guess you had to be a youth in '92. Or something to that effect.

These days, there is no excuse for letting those home movies on VHS, VHS-C, Video8 orHi8 cassettes, MiniDV - or even old 8mm or 16mm film spools - rot away in dusty shoe boxes up on a closet shelf somewhere. Get your old film and video digitized and transferred to DVD. VHS to DVD Transfer