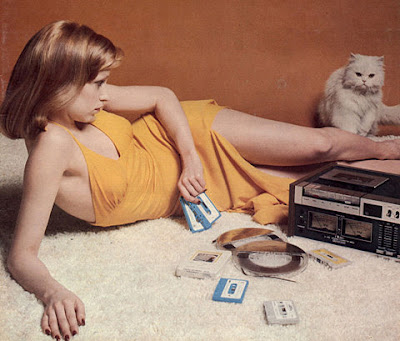 It was payday for me today, and since I look for any excuse to go record shopping, that seemed like not only a good one, but one that I hadn't used in a while. After braving downtown Portland to go to the Apple Store and handle some business, I decided I better stop at Music Millennium on the way home. And after that I decided I better stop at Everyday Music, because MM didn't have 12" protective sleeves and, you know, I really needed some. The things I tell myself.

Anyway, I didn't go nuts, but I found more cool shit than I figured I might. Here's what I picked up, and I'm not going to divide it by store, because I don't feel like it. But I will divide it up by record size, starting with 10", then going to 7", and finishing with 12". Just to keep you on your toes. 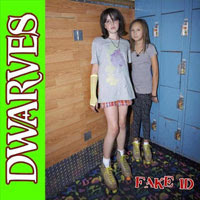 I'd been putting off mail-ordering this record for almost six months, and I'm glad I did, because I got it for the mail-order price, but didn't have to pay the shipping. I'm a bit surprised that Music Millennium had this, but there it was. I also saw that they had a copy of the new Dwarves LP, too. Maybe my special order from last month inspired them. And yes, it was a proud moment walking up to the counter with this one.

Thick-ass 10" on pink marbled vinyl, double-sided cover, and three songs from the new record, and two that are exclusive to this release. They are "Fruit Boots" and "I'm Not Dead," and they are pretty sweet. Apparently there's also another 2011 German import 10" floating around that has another unreleased track on it, and I saw rumblings online that someone bought it at a recent show. I'm going to see the Dwarves on Thursday, so maybe I'll be able to pick it up. Looking forward to that, by the way. 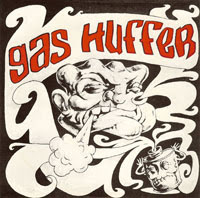 The Huff! If I'm not mistaken, this is Gas Huffer's debut release. They were one of the first bands that I saw at a "real" rock show when I was a teen (the same show at which I first saw the Supersuckers), and I bought a Gas Huffer shirt there that used this same lettering but had a different design. (It's this one, though I don't know how long that link will last.) The shirt even glowed in the dark. I still have it somewhere. Anyway, this single was two bucks, it's on black vinyl, and it's pretty sweet.

One of two Shellac purchases I made tonight, which is sort of out of the blue, I guess. But, I don't often come across their stuff used, and so I figured I'd give it a go. This is actually their first release ever, a hand-stamped (and smeared) single that comes in an envelope-type sleeve with an insert that has, not shockingly, overly extensive liner notes. Black vinyl on the Touch & Go label. 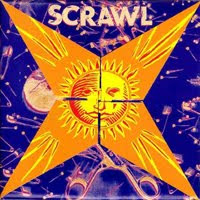 I bought Scrawl's He's Drunk LP a few months ago at Music Millennium (I thought I wrote about it here but I can't find it), and actually enjoyed it quite a bit. It's lady-rock from the 90's, and it's rough but fun. Came across this 7" for two bucks at MM tonight, and thought I'd add to my collection. The fact that it has this weird fold-y cover sealed the deal. Couple of cool songs on black vinyl, and a fellow beardo who was up in the record room with me complimented me on the choice, so I knew I had struck two-buck gold. 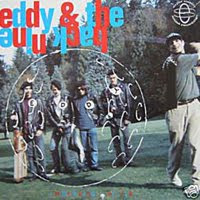 Ed Fotheringham, backed by Flop. When it comes to records that I have known about and wanted to hear for almost 20 years but never made it a real priority to actually do that, this would be on that list. Fotheringham is Australian (I always forget that), and his accent comes in and out on these punky songs about golf and washing dishes. Four tracks, black vinyl, fold-open cover with full lyrics and a little bit of Fotheringham art, on Steve Turner's Super Electro label. I'm actually really excited about this one. 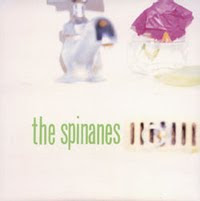 Another Spinanes single to add to my slowly growing collection. This one has the "single version" of "Madding," which is the first track from their Strand LP. I think it just cuts out some of the noise at the beginning of the album version. The B-side is "10 Metre Platform," which appears to be a non-album track. These are both slow, really textural songs, and I may have to wait until it's dark and raining before I really embrace them. But when the time comes, I will know. And I will weep solemnly. Black vinyl, Sub Pop black late-90's label. 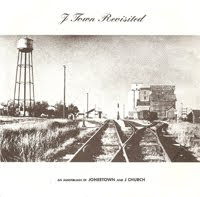 I had no idea this record even existed. Not that I should have, but it's a combo of two groups who are somewhat on my radar, so you think I might have seen it at some point in the last 20 years. Nope. Found it tonight, told my brother about it, and he told me he just bought it, too. Cosmic. So, yet another Jonestown 7" to add to my collection, and another song of theirs that sounds like they were really stoned when they recorded it. They're hard to nail down, and I simultaneously love them and hate them. It's a pleasure. Black vinyl on the Allied label. Boom. 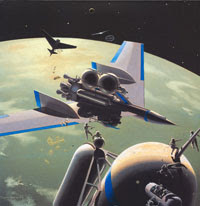 I bought this LP from Jackpot Records sometime around 1999, on a whim, because I thought the cover was badass and it felt like it was time for me to get into Shellac. In a rare move, I sold it back to Jackpot within the year. I just didn't have the patience for it. Turns out Shellac - and particularly this record - doesn't go good with tons of beer. Anyway, I always regretted getting rid of it and told myself I'd buy it again if I found it used. Finally did. Still remains one of the most beautiful LP packages I've ever seen. Thick black vinyl; Touch & Go. 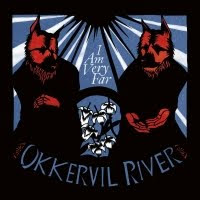 Speaking of beautiful packaging, this thing is gorgeous as well. I've been wanting to hear this LP, but brand-new it's been in the $22 price range, and I guess I haven't wanted it that bad. I like the River, but it comes and goes. I found this set used tonight for 12 bucks, and that seemed reasonable. I think I got dicked out of the CD booklet that's supposed to be included, but whatever. Three sides of black vinyl with an intricate etching on the fourth side. Plus, the cover is, what do you call that? You know, raised like a relief map. Hoping the music is equally detailed. 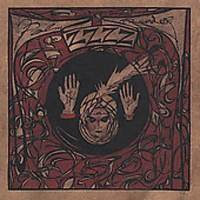 After Sweep the Leg Johnny broke up, main-dude Steve Sostak formed another band with Sweep's guitar player called Check Engine. That album is sweet. This is the project he did after that one, and it features Sweep's bass player. I have been looking for this for like a year now, and when I got to the Z's at MM and it was there, I was excited. I heard the album once online a long time ago, and I remember it being weird and gypsy-y. Can't wait to get to know it better. Sostak is a stallion of the saxophone variety, and that's rare. Really glad I got this.

And, that's it. Not a bad way to spend some money on a Friday night.
Posted by Wockenfuss at 2:50 AM