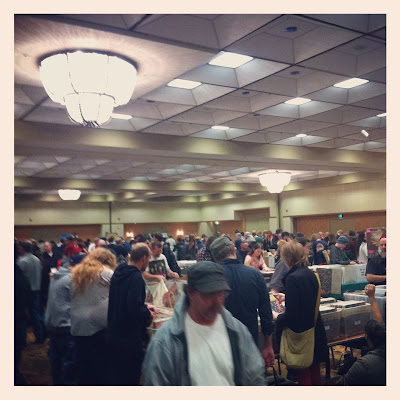 It's an annual tradition at this point. This was my third year in a row attending the Eugene Record Convention (see my 2010 report here, and my two-part 2011 wrap-up here and here), and though I came away feeling like it might not have been my most successful record-show experience, once I got home and surveyed my haul I felt a lot better. I got some cool stuff.

The show was pretty much the same as it's been the last two years: there were a lot of the same dealers at a lot of the same tables, and I even saw some familiar faces wandering around and digging through the goods. In a way, it's nice to know what you're getting into. I've found a few dealers who I know I've purchased a bunch of stuff from in the past (at this show and the Night Owl shows in Portland - these dudes get around), so I usually hit those tables first if I can. I got down there about a half-hour after the show opened - 10:30AM, which is pretty impressive for Sunday morning and a two-hour drive to get there - and the place was swarming. I had to wander and just squeeze in where I could for a while, but things eventually calmed down and the scene became much more pleasant.

I spent about four hours there, and was able to dig through everything I felt the need to. Here's some of the stuff I picked up, starting with the 7"s: 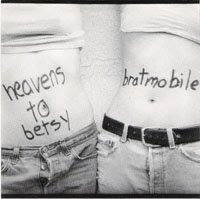 This might be the most Riot-Grrrl-y record I own. No, this is definitely the most Riot-Grrrl-y record I own. Not only does it have the classic magic-marker-on-the-midriff motif, but it even has info on how to join the Riot Grrrl movement on the back. It's on K Records but had the catalog # "PUNK 1," which I can't make any sense of. Anyway, this is classic 90's K-rock: both tracks sound like they were recorded on handheld cassette recorder, but any issues with sound quality are made up for in diehard conviction. I think. Heavens to Betsy was Corin Tucker's first band, and she sounds deeper-voiced on their jam. Still plenty high, but not bordering on shrill. So there's a fun little tidbit for you. 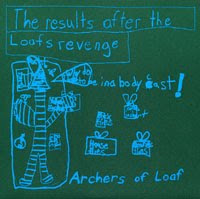 I bought my first Archers 7" at Amoeba last year, and haven't seen any others since. So, I was excited to see this post-Icky Mettle/pre-Vee Vee single in a little box marked "alternative." The two tracks here are "What Did You Expect?" and "Ethel Merman," and they are both sufficiently sweet. I think they were both included on the deluxe reissue of Icky Mettle last year, but I have yet to buy that, so I had never actually heard these song before. They're not quite as rough as the Icky stuff, but they're cutting it close. Merge label. 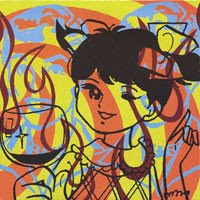 If anyone knows the story on this record, please let me know. I've spent enough time checking out the Discogs entries for both of these bands that I instantly recognized the cover of this thing (it also helped that the dude who was selling it had written "UNWOUND" in red marker on the protective sleeve), but if I didn't know what this was, I don't know how I would have figured it out. There is no info on the sleeve other than the Honey Bear Records logo and address, and the record itself has two blank white labels. Bold move. The Steel Pole Bath Tub song on this thing is six minutes of pure noise-rock brutality. It's awesome. 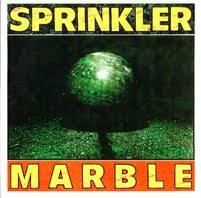 I picked this up for a buck and the guy who sold it to me was happy to get rid of it because he said he had "a shelf full of them." Mine is hand-numbered "2841," so I can't say I'm surprised. Not that Sprinkler wasn't a popular band, but even if they knocked out 3,000 of these, that might have been a little ambitious. According to Discogs, this (along with their full-length More Boy, Less Friend and the "Peerless" 7") completes the Sprinkler discography for me. Hoping that maybe there's some more stuff out there that they don't have listed. The B-side of this is "Landlord," and though I'm almost positive it's the same version from their sole LP, I'm not quite sure. But I bet it is. 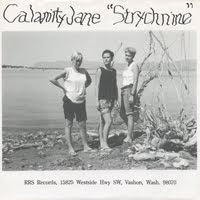 Not exactly sure of the date on this one, but judging by Calamity's three-lady lineup and the way they're dressed, I'm guessing this is early stuff. I'd never heard of Rockin' Rod and the Strychnines, and I'm not sure if the title of the Calamity Jane track is pure coincidence or a heady joke. I really can't figure out much about this record. It's on RRS records, and these are both cover songs. "Strychnine" is by The Sonics and "(Sweet) Lady Jane" is by the Rolling Stones. I'm just buying any and all Calamity Jane records I see. Look out. 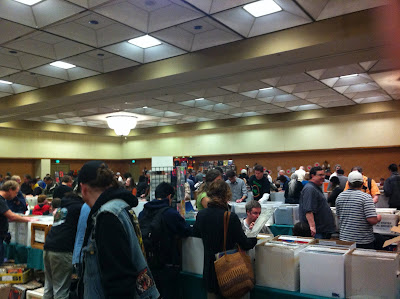 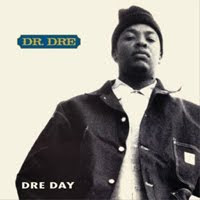 It is an absolute atrocity that I haven't owned this until now. I really should have been rocking this 20 years ago, because it would have blown the back of my skull out. Yeah, it's got the LP and radio versions of "Dre Day" (or "Fuck wit Dre Day (And Everybody's Celebratin')," as it should be known), but the real gems here are the 12-minute "Puffin' on Blunts and Drankin' Tanqueray," which features insane verses from both Daz and Kurupt, and "One Eight Seven," which seems to use the same beat as "Deep Cover" but features different raps from Dre and Snoop. There's also a ten-minute "Extended Club Mix" of "Dre Day" to top it all off. Swizzity 12" single. 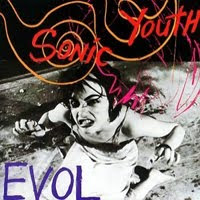 I've been wanting to pick up a copy of this for a long-ass time, but I've just never pulled the trigger on it. I finally found an original Blast First copy in almost-new condition, and when I asked the dealer if she'd knock five bucks off and she accepted, the deal was done. I'm not a hardcore Sonic Youth collector, but only because I know it'll bankrupt me if I go down that road. I would, however, at least like to own original copies of all their studio albums, and I think that's realistic. This brings me one step closer. Did this really come out 26 years ago? Jesus. 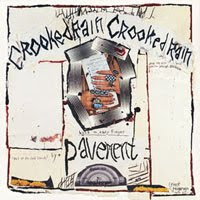 This was the lone Pavement album that I didn't yet own on vinyl, so I was excited to find it. I knew it wasn't the UK version with the bonus 7", but I didn't really care until I later realized that there's supposed to be an insert in this version and it's not there. So, it's maybe not the most legit copy, but the price was right. It's in great shape and it is an original copy, so yes, I'm whining just to hear myself. It's not that I'm not happy with it, but if I were to come across a more complete copy, I might snatch it up and replace this one with it. That's all I'm saying.

All right. That's it for this round. But I've still got more of my haul to blab about, so look for that soon.
Posted by Wockenfuss at 11:58 PM