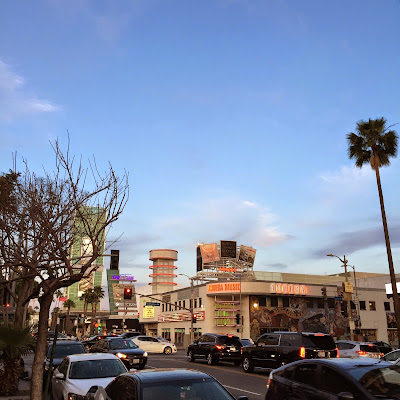 It'd been almost exactly a year since I last visited Amoeba on Sunset, and I couldn't wait to get back in there and get my fingers so dirty there was visible brown in the sink when I washed my hands post-flippery.

I was down in LA, as usual, for work, so I had limited hours to spend. My flight there was delayed, which also delayed my shuttle from the airport because of rush hour, and by the time I got to my hotel and then walked the mile to Amoeba, it was 8PM. That gave me three hours on the first night with which to make snap decisions I might later regret. Nothing too ridiculous this time, though - I kept it per-purchase frugal and went for volume. Got a ton of shit, but way fewer 7" records than I usually cop.

I'll start with those: 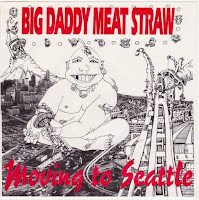 I never saw Portland clown-centric outfit Big Daddy Meat Straw live, but I do remember their name being on a ton of concert posters in the early 90's. This song is supposed to be grunge-cash-in satire but it comes off more like sour grapes and is flagrantly heaaaaavy on the Frank Zappa biting. Recorded at Smegma. Think this might be their only 7". 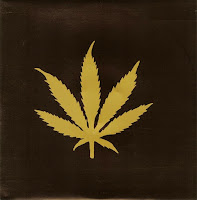 I'll admit to not really knowing who the Didjits were before Rick Sims joined the Supersuckers back in 1995, and I'll also admit that I'm still pretty unfamiliar with their catalog - other than this single, I only own one of their albums on cassette. This one looked fun. 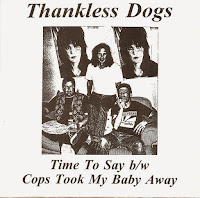 No idea. Pretty budget looking, but it's on Bag of Hammers Records, which is sort of something. And I think the drummer is the same drummer from Coffin Break. Seattle connections, mannnnnn! 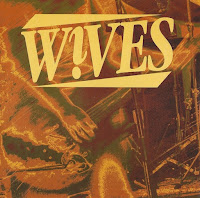 Female three-piece and I'm pretty sure the name is ironic. These two songs are fast and weird and I'd never heard of this band but now I'm glad I have. Red vinyl on the Redo Records label, with an insert on the inside promising a Steel Pole Bath Tub/Mudwimin collaboration picture disc called "Steel Pole Mud Bath" that I think never happened. Here is footage of Wives from '93 that is sweet. 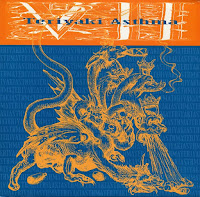 Could've sworn I had this, but that's why I keep a meticulous list with me at all times. I in fact did not have it, and this is the slightly rarer orange-vinyl version, so hey - hot bonus! Features tracks from Poster Children, Hammerbox, Superchunk, and Tsunami. 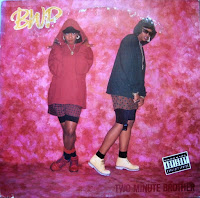 I picked up some H.W.A. singles a while back, so I guess BWP was the logical progression. My god this song is dirty. They can rap, though. 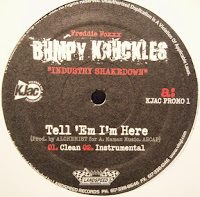 White-sleeve promo. Got a lot of Freddie Foxxx 12"s, but I didn't have this one. If you've never heard this song, it remains hard as fuuuuuuuu. 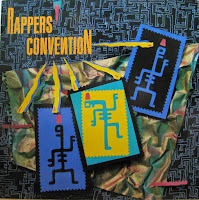 Thought this was Euro-rap but they keep talking about how they're from Brooklyn. I don't know. Dana Dane-ish but with a female rapper as well. Very 1986. It seems like "The Wiggle" was the hit from this record. I'm getting into it. 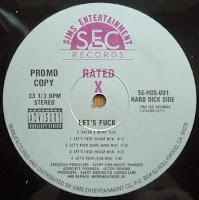 It was all just too on-the-nose for me not to buy it. They're calling this a maxi-single, but it's weird - there's 4 mixes of the title track on the first side (excuse me - the "Hard Dick Side", and then 4 full songs on the flip (the, ahem, "Soft Pussy Side"). Sex rhymes that get dirtier than they need to, but then they throw in a love song for the penultimate track. Just to let you know that at its core, "That Bitch Sucks My Dick" is pure romance. 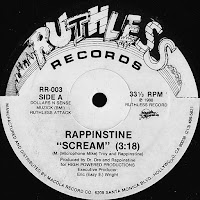 Promo version. I'm just snatching up Ruthless 12" singles at this point. This song is apparently on the early versions of N.W.A. and the Posse, but on the later (like two years later - '89) and more common editions, it ain't there. I'm realizing now that my cassette copy I had as a teenager was a repress because I'm pretty sure I've never heard this song before. 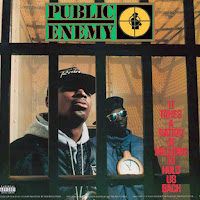 Embarrassing that I didn't already own this. Found a sweet, clean copy in the shrink, with the promo sticker advertising their tour with Run-DMC still stuck to the front. Picture sleeve with lyrics - the whole damn thing. 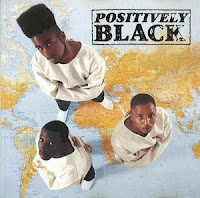 If we're being honest, the first thing I thought of when I grabbed this LP was this. But this ain't no joke - we're talking indie-label rap out of NY in 1989. I'm into it. 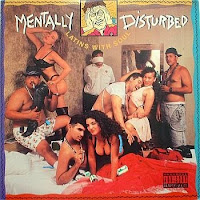 The cover was just idiotic enough for me to be curious to hear this, and I was not shocked when the record opened with the riff from AC/DC's "Back in Black." I really bought some foul-mouthed party music this time around. Not sure what's up with that. This one's on the indie tip, too, but out of Miami. 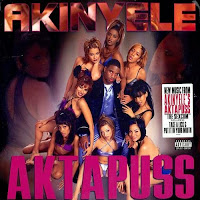 Speaking of explicit lyrics... I legit didn't know who Akinyele was before Run the Jewels dropped this song, and I still haven't heard any of his music. When I found this at Amoeba it just made sense that I buy it. Now I'm realizing it's going to look way out of place in my collection. But hey: that's diversity. 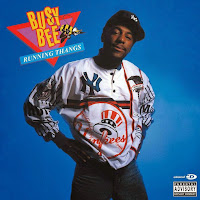 Busy Bee! This is a very un-rare record but a great example of one that you wouldn't find in Portland, and if you did, they'd be trying to get ten bucks for it. Think I paid $4 for this one. It just makes sense.

More to come in Part Two, including fat bass from DJ Freaky Fred!
Posted by Wockenfuss at 7:57 PM