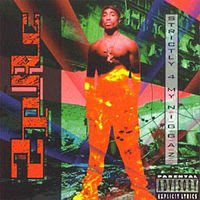 Alphabetically, my LP/CD collection somehow starts here. It's not great news for me, because I haven't listened to this record in at least seven years.

When I was 23, I was living in a one bedroom apartment in a building that was owned by one of my friend's fathers. When I moved into the place, my unit was under construction, with all work being slowly completed by said friend. It soon became evident that this work (it was mostly painting and some minor drywalling) would never be done. I would leave for the weekend and come home to my kitchen covered in plastic, the smell of paint and extremely potent pot wafting through the air. I would find my friend, stoned and covered in paint, meticulously working on the edging that surrounded the antique door frames.

This quickly became routine, and I was having trouble masking my frustration with him. We both had record collecting in common, and to assuage my annoyance, he would bribe me with LP's from time to time. This was one of them. Listening to it now, I remember why he didn't mind parting with it. The record (the LP itself, not the music) sounds like shit. My friend was a perfectionist, and he never had trouble parting with vinyl that wasn't of the highest quality. So, I ended up with his copy of 2Pac's sophomore LP.

While I used to harbor a fair amount of what I feel is justified disdain for 2Pac, I lightened up after I heard "Hit 'Em Up," which is easily in the top five (if not the top two, because it can't best "No Vaseline" by Ice Cube) diss songs ever put on wax. So, when my pal offered this album to me, I was willing to give it a shot. Listening to it now, I quickly remember what I like about it: the guest spots. "Last Wordz" features both Ices (Cube and T) kicking sweet verses, and when it comes to mid-90's booty jams, you'd be hard pressed to find a better song than "I Get Around," or a better sex rhyme than Money B's verse, which is clearly the highlight of the cut.

Hip hop is built on hypocrisy, so there's no point in mentioning 2Pac's digressions here. "Keep Ya Head Up" would have come across as a trite track coming from anyone. And it's just not a good song to begin with. But, "I Get Around" was on my iPod as recently as last year, so that's gotta mean something.

"I Get Around" Live on Arsenio

You own this on vinyl? That is just bizarre...