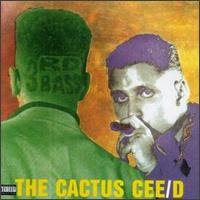 1989 was a can't-miss year for hip hop. Case in point here, as we witness a Jewish kid from Queens rocking a hi-top fade (bold move, MC Serch) team up with a cigar chompin', pseudo-tough guy with a overly pronounced gangsta lean (nice cane, Pete Nice), fight the odds, and pull off a really important record. Is a lot of that success owed to Prince Paul? Not as much as you would think. It's mostly due to the beatmaking skills of one Sam Sever, who found a way to chop up classic rock samples (The Doors, Blood, Sweat & Tears) and make them funky.

Of course, the stars of the show here are Serch and the Prime Minister, two MC's who aren't the smoothest, but what they lack in finesse they make up for with deep vocab. While the Beastie Boys were the first white rap group with any chart success, 3rd Bass were the first guys to overtly co-opt the popular black culture of the time. Especially Serch. Sometimes I still can't believe it didn't backfire on him. But he preached equality and respect for the form, and people couldn't argue with that. Plus, they were signed to Def Jam and everybody else in the group (their dancers, their DJ Richie Rich, their crew) were African-American, so maybe it padded their cred.

But, none of it would've mattered if the songs weren't good. While the Beasties were for the white kids who didn't listen to rap, 3rd Bass were for the white kids who desperately wanted to be a part of the culture, and who held deep resentment for the atrocity that was Vanilla Ice. Serch led that charge, furiously doing the running man while Pete Nice stood in the background and played the cool guy. It was an obvious use of juxtaposition, but it played brilliantly.