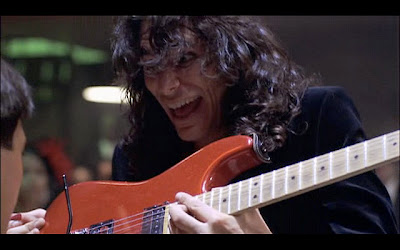 I didn't take any pictures of my expedition, so instead, here's a photo of Steve Vai from the movie Crossroads, which I have never seen. Looks pretty sweet.

I don't know why I bother to go to any other record store in Portland other than Crossroads when I'm shopping for used vinyl. Don't get me wrong: I love Music Millennium, and always will. But, I buy more new stuff from there than I do used. And they're great for that. And I do occasionally find some LPs in the New Arrivals section there that I pick up. But Crossroads is the only place in town where I consistently find too much to buy, and have to make decisions about what to put back. That's a great problem to have.

You know where I never have that problem? Everyday Music. I went to the one downtown on Saturday evening, looked around for an hour and a half, and ended up spending five bucks on some bargain-bin records and a jacked-up copy of Red Dragon on DVD. I went through all seven bins in their New Arrivals section, and didn't even pause once. But I'll tell you what: If I need nine VG copies of Elton John's Captain Fantastic and the Brown Dirt Cowboy, I know exactly where to go.

I'm taking a trip to Anaheim for work next week, so I went to Crossroads yesterday so I could pick up the latest copy of Record Collector News and start mapping out my plan of L.A.-area-record-store attack. I'm working till 6 every day I'm there, so let's not kid ourselves: I'm just going to find my way to Amoeba every evening and rummage through that place until they kick me out at 11. I figured I'd better warm up, so while I was at Crossroads helping myself to free literature, I decided to take a look around. Of course, I bought more than I should have. Good stuff, though. Check it: 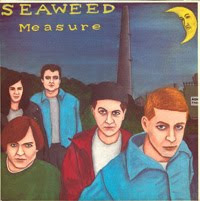 I love 90's Sub Pop 7"s, but I also really enjoy the corresponding German-pressed 45-RPM 12"s that they put out for some of their singles, too. They usually have the same songs as the 7" version, with a bonus track or two tacked on. I don't have a ton of 'em, nor do I have a ton of Seaweed stuff, so I was happy to find this. This features the two non-album songs from the standard single, "Measure" and "Turnout," and also includes a demo version of "Taxing," a song from 1992's Weak. And, because it's a 12" that spins at 45, it sounds awesome. In the credits they refer to the cover art as an "exquisite watercolor portrait," and I can't tell if they're being sarcastic or not. I actually think it's pretty cool. 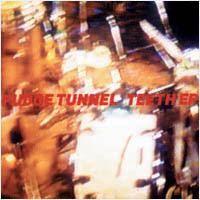 The 12" 45s from 1992 continue. I'm not a big get-on-the-floor-and-sift-through-the-understock kind of guy, but finding this bad boy in a cardboard box amidst a bunch of other random stuff relegated to under-the-shelf status has me rethinking that approach. I've had the same CD copy of this for almost twenty years, and I've long wanted the vinyl. I've never seen it in a store, and most of the online copies come from overseas, so I guess I just never dealt with it. I hoped I may one day find it in the wild, and I did. The CD has six tracks; this EP only has four. Omitted were the video edit of "Sunshine of Your Love" and "Joined at the Dick," which was previously available on the 7" that came with the limited-edition version of Hate Songs in E Minor. That one's next on my list. "Teeth" is still a great song. 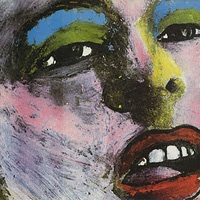 I bought Bummed on cassette from the cutout bin at Fred Meyer when I was probably 14, and while I was riding home with my mom, I opened the tape, unfolded the cover, and was faced with the most naked, body-hairless women I had ever seen grace album art. I quickly folded it back up so my mom wouldn't see, and played it cool. Of course I can't find a decent picture of it, but if you can imagine the two halves of her from this NSFW page connected and on the backside of a cassette cover, you'll get the idea. Anyway, I'm mentioning this because the inner sleeve to this album features two pictures of the lovely lady: the one from the old cassette, and this also NSFW one, one on each side. Oh, memories. I love this record, too, so I'm happy to have it. First press on the Factory label with the original embossed cover. 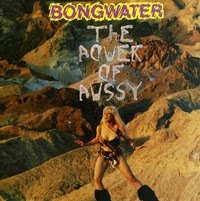 Speaking of offensive cassettes I purchased when I was a teenager... I remember buying a used copy of this from Ranch Records in Salem, having no idea what I was getting myself into. And even when I did get into it, I barely understood what was happening. Still, this was a pretty badass tape to have around, and I was eventually able to enjoy most of it, especially the title track and the 10-minute "Folk Song," which is a wild ride of acoustic guitar and rambling, stream-of-consciousness vocals that are really hilarious and sharp. I don't often see Bongwater albums in record stores, even though they're not quite as rare as they seem like they should be. I got this for five bucks. Awesome. If you've never seen the video for "The Power of Pussy," it's here, along with an interesting story about its creation. Oh, also: this LP still has an original Shimmy Disc catalog in it, which is sweet. 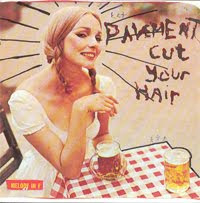 Another 12" single that plays at 45. Pavement singles aren't extremely rare, but you don't see 'em too often. In fact, I think this is my first Pavement 12" single, and I'm sure it will lead to many more that I don't really need because all the B-sides have shown up on the reissues. Or have they? This single actually features an unlisted track that has never been reissued: a weird, alternate, instrumental version of "Rain Ammunition," a rare cut from the Slanted and Enchanted days. A Pavement-y move if I've ever heard one. The actual B-sides that are included here are "Camera" and "Stare," which are both good songs, just not good enough for Crooked Rain, Crooked Rain apparently. It's understandable. That record's pretty flawless. 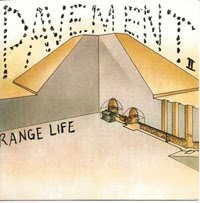 So I guess that would make this the second Pavement 12" single in my collection. This one wasn't released stateside, so instead of being on the standard Matador label, it's on Big Cat, the UK label that released Pavement stuff over there. This one includes two non-album B-Sides, "Raft" and "Coolin' By Sound," both of which would be reissued on the deluxe version of Crooked Rain, Crooked Rain. "Raft" has always sounded like a winner to me; not sure why it didn't make the cut for the album. Seems like it would have fit in nicely. But, Pavement loves to be nonsensical. You know that. 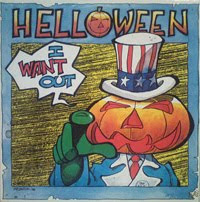 This is probably the Helloween record that I see the most in record stores, and in fact, I've come across it a few different times at Crossroads. But, the copies are usually slightly overpriced and often not in the best shape, so I've passed. Not this time. I found a sweet copy on clear blue marbled vinyl for a reasonable price and had to grab it. Glad I waited. This is yet another 12" that plays at 45 RPM, and yet another one that features some solid B-sides. "Save Us" was not on the original LP issue of Keeper of the Seven Keys, Part II (it was on the CD), so it was a slight rarity at the time. "Don't Run for Cover" is a Michael-Kiske-penned non-album track that was exclusive to this single. Both tracks showed up on the expanded edition of Part II that was released in 2006. This thing is a gem. 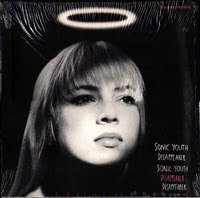 Man, I really bought a lot of 12" singles, didn't I? One of my friends went to see Sonic Youth around this time and bought a t-shirt with this same Traci Lords image on it. I would love to have one, but they routinely sell for like $150 on eBay. Good stuff! Anyway, this is a weird one. It's got the "(edit)" version of "Disappearer," which, like most Sonic Youth edits, cuts out some of the noise. That's followed by an 8-track demo version of "Disappearer," which is the same one that would show up on the deluxe edition of Goo. Then there's the non-album track "That's All I Know (Right Now)," which would also appear on the deluxe Goo, and an 8-track demo version of "Dirty Boots" that is not the same one from that reissue. Weird. And, it's called the "long version," when it's actually shorter than the other demo version that is on the deluxe edition. But it is longer than the album version. If that makes sense.

And that's it. Though I did see a few things that I might have to go back for next weekend. I have no willpower, so it'll probably happen.
Posted by Wockenfuss at 11:22 PM