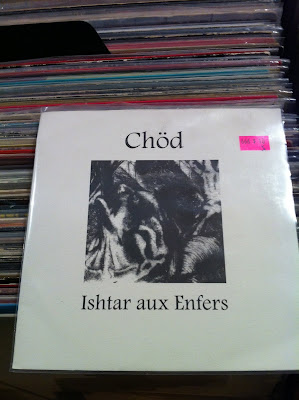 I had so much fun last weekend at Crossroads that I decided to go back this week. Friday was my birthday, I got a little money in the mail, and since I had already decided to take the day off work, I really had no choice but to go back and flip through what I didn't have time to fully scour the last time I was there. As usual, I had to say no to some gems (the 7" pictured above being one of those, unfortunately), but also as usual, I came home with a nice little stack. Here's what I got: 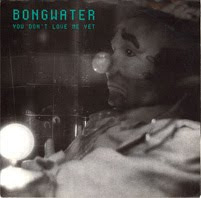 My second recent Bongwater find. I think this may be the only 7" the band ever put out; it's at least the only one listed on Discogs. The two songs would end up tacked on to the end of 1989's Double Bummer (along with their debut EP), so I already have them on that release, but it's cool to own a copy of this anyway. "You Don't Love Me Yet" is a Roky Erickson tune, and the B-side, "The Porpoise Song," is a Monkees cover from their movie Head. So that's sufficiently weird. Which I guess was the idea. The cover and vinyl label say "limited edition," but they were probably just fucking around. 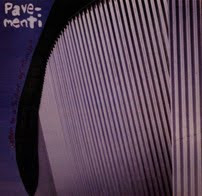 I found two Pavement 12" singles the last time I was at Crossroads; this time around I scooped up two 7" singles. This is the first, featuring one of the kind-of overlooked gems from Pavement's strangely underrated Wowee Zowee LP. The B-side features two non-album tracks - the expectedly jangly "Kris Kraft," and the Spiral Stairs-sung "Mussle Rock (Is a Horse in Transition)," which was probably a song he tried to get on the LP before being shot down by Malkmus. They're both good, but not album-worthy, and they'd eventually end up on the Sordid Sentinels edition of Wowee Zowee, so I already had them. Still cool to have this, though. 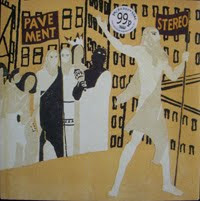 This is the other Pavement single I picked up, and while the previous one was on Matador, this one's on Domino. It only includes one B-side, the four-minute (kind of long for them) "Birds in the Majic Industry," which has one of the more straight-ahead and focused Pavement rock-riffs in existence. It's almost Beatles-y, but only for a second. And, of course, the lyrics don't seem to make any sense at all, in case you thought the band was starting to go soft. This, like all the other B-sides I've been talking about, would find its way to the deluxe version of the album it's from, Brighten the Corners. 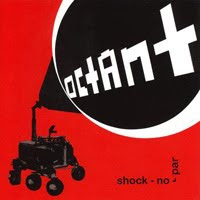 I picked up Octant's second LP earlier this year, and since then I've been on the lookout for their debut. I even saved an eBay search for it and almost bought a copy a few weeks ago for five bucks (before the shipping). I held off because I knew I'd find it in a store for cheaper, and I finally did. Three bucks, in the original shrink, and it's in sweet condition. Maybe the previous owner didn't know what they were getting into. This LP has two non-CD tracks on it, which is always awesome because it's usually the other way around. Nice to be able to check this one off the ol' list. That was a rough eight months. 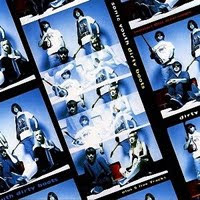 The label on the vinyl has this titled as The Dirty Boots EP, while the cover and spine say "'Dirty Boots' Plus 5 Live Tracks." Whatever you want to call it, this is another one that I've been looking for for a long time and also almost purchased on eBay on a few different occasions. I've had the CD version of this for a while, so it wasn't like I was in any hurry to hear this stuff, so I waited. I didn't get a crazy deal on this copy, but it is always more satisfying to find it in the store. The five live tracks are nicely recorded and include "White Kross," "Eric's Trip," six-and-a-half minute versions of both "Cinderella's Big Score" and "Dirty Boots," and "The Bedroom," which is classic SY squealery and also known as "Can Song" and "The Destroyed Room." There are a bunch of other versions of it floating around. 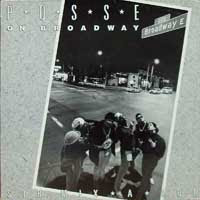 Not sure why Mix felt he needed to put that apostrophe after "posse." But he did. My Mix-A-Lot 12" single collection still has a long way to go, but I think I'm about halfway through copping all of his pre-Mack Daddy singles, which is the goal. I've come across this one before but never pulled the trigger, and even though this copy was a tad bit overpriced, it's in the original shrink which still has the Nastymix sticker on it, which is awesome. It has the Swass logo, but it says "posse" on it instead. Smooth, Mix. This single doesn't even feature the album version; it has the eight-minute "Godzilla Remix," a "Godzilla Remix Edit" (only five minutes!), a two-minute instrumental track called "Godzilla Posse Beats," and Mix's early attempt at being hard (even though the cursing is edited out), the relatively tame "F the BS (It's Time)," which would show up on later CD pressings of Swass. 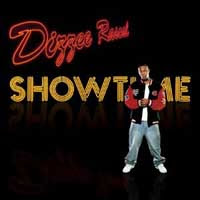 Yikes, has it really been eight years since this came out? I bought Dizzee's debut, Boy In Da Corner, when it came out the year before this record, and got really into it for a while. I remember burning a copy of this album from a friend, listening to it a little bit, and coming back to it every once in a while. I always felt I should own a proper copy of it, though I clearly didn't make it a priority. I found this double LP for seven bucks, which was the right price to get me to make it happen. This record's not as strong as his first one, but I've often wondered if I feel that way because I never gave it a solid chance. Maybe this purchase will make me go back and try it again. Probably not, but you never know. 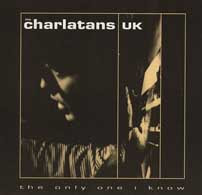 If you know me, you know I bought The Charalatans' debut, Some Friendly, when it came out, obsessed over it for a year, and never bothered to listen to anything by the band ever again. Yet I still think Some Friendly is a great record, and apparently I was curious enough about the unreleased tracks on this single to shell out a few bucks for this 12". It's pretty good: "Imperial 109 (Edit)" is an instrumental, and probably the first part of "109 pt2" from Some Friendly. I always wondered about that. The other two non-album tracks are "Everything Changed" and "You Can Talk to Me," which are both very Charlatan-y, and that's really all you can ask for. Maybe I should check out some of the stuff they've done in the last 20 years. 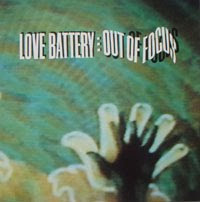 Remember when I was talking about how I really like the 90's-era Sub Pop German import 12" singles that spin at 45RPM? Got another one. I'll tell you: when it comes to bands that I wasn't into in the 90's but will now pick up any and all of their records if they're cheap (and they usually are), Love Battery may be at the top of the list. It's good though, because I'm actually starting to appreciate their music, which is a pleasant side effect. This is a weird single. "Out of Focus" and "23 Modern Stories" are from their Dayglo record, "Wings" is from the CD version of their debut, and "Come Now" is a Troggs cover that I think is exclusive to this release. And, while most of these German 12"s have a US 7" counterpart, this one is a standalone, import-only 12". Rarity! Not really.

I also went to 99 Cent Records on MLK on Saturday, where I picked up a bunch of random cheap LPs, along with these two singles: 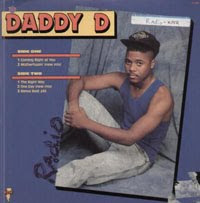 I guess this might be more of an EP than a single: it's got five individual tracks on it, though one of them is a short instrumental. Whatever. The weirdest thing about this record is that it's on the Volt label - yeah, the Otis Redding one. I forgot that they fell on hard times and released some very un-Volt-y stuff there for a while. This record showcases a Fresh-Prince-type dude who is unabashed in his Will Smithery, but it makes for a pretty fun listen. It really sounds more like 1988 than 1990 to me, but I'm just going by what the sleeve says. This was a dollar and I've listened to it at least three times. Already paid for itself. 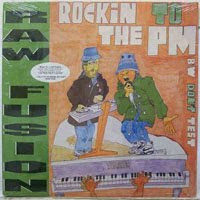 It is really odd that I've never owned any Raw Fusion albums. I was always a big Money B fan; I guess I just missed this shit when it dropped. So, yeah, this is Money B and DJ Fuze from Digital Underground, teaming up on some tracks that don't sound a lot different than DU, but it's cool to hear Money command the track and not come in for the sweet guest verse. The B-side is "Don't Test," and both songs are from their debut album Live from the Styleetron, which I will be keeping my eyes peeled for from here on out.

And that's it. I mentioned it in my last post, but I'm going down to the L.A. area this week. Hoping to return with some sweet record store stories.
Posted by Wockenfuss at 1:13 AM